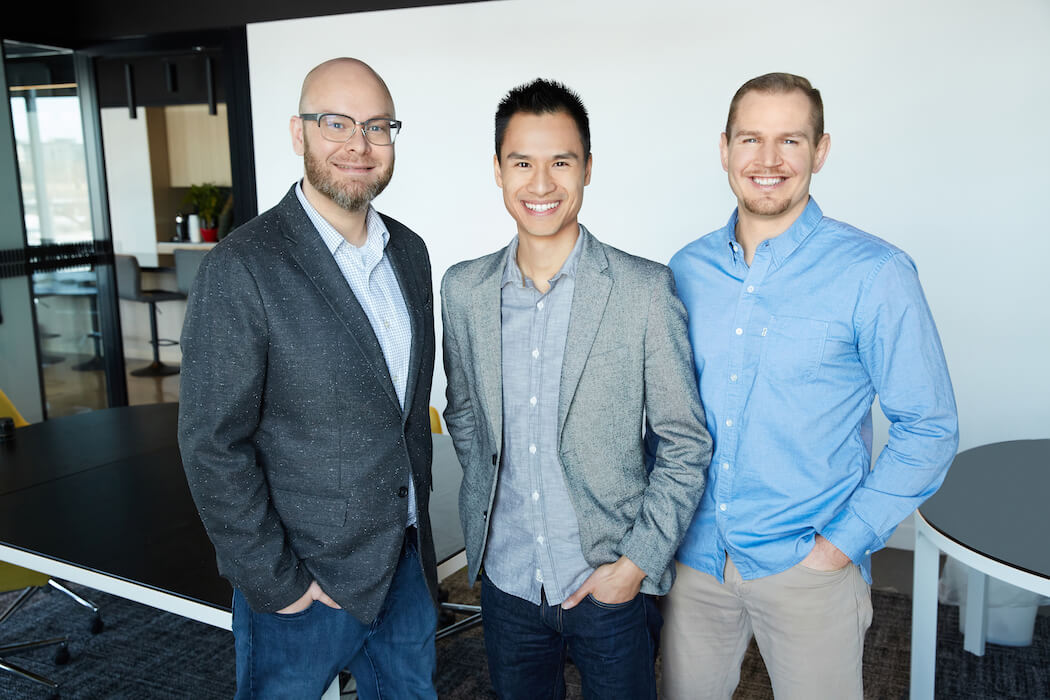 Having secured new equity capital from a notable group of investors, Neo Financial is furthering its push to become a full-stack digital bank to compete with Canada’s financial giants.

The three-year-old startup closed a $64 million CAD Series B round this summer led by Peter Thiel-backed Valar Ventures, which also led Neo’s Series A financing. The latest raise brings Neo’s total funding to date to $114 million.

“For us, it’s how do we create the most integrated and seamless experience for Canadians.”

Breyer Capital is also a notable addition for Neo, as its founder and managing partner, Jim Breyer, is known for leading the first institutional round in Facebook.

“We think the opportunity is quite limitless,” Golden Ventures founder Matt Golden told BetaKit. “As Neo Financial continues to acquire a fast-growing number of customer and merchant advocates, the sky is the limit in terms of the ancillary services Neo Financial will be able to offer its customers.”

Neo’s first products to market were a savings account, Mastercard-backed credit card, and merchant rewards program that allows consumers to get cashback at participating retailers.

Since securing its initial capital last year, Neo has increased its consumer and retailer customers. In 2020 Neo had 2,000 retailers in its rewards program with a focus on Western Canada. That number now sits at 4,000 and spans the country.

Neo also penned a deal with Hudson’s Bay to provide the retailers 2 million cardholders with a digital card powered by Neo – a strategy the startup is also pursuing with other retailers.

But Neo’s vision goes much further than spending and saving products; the Calgary-based startup has its sights set on offering a full suite of financial services to Canadians.

“And it’s not so much to just have a product out there and sort of dust our hands off and call it a day, but it’s really around how do we reimagine and create something that is just different in the market,” Chau said.

Neo is building this financial services stack off its own banking infrastructure, which the company spent the first year and a half of its existence building. Discussing this with BetaKit editor in chief Douglas Soltys on the BetaKit Podcast earlier this year, Chau noted that infrastructure is what allows Neo to easily add a range of financial products and services.

Without revealing the specifics of Neo’s roadmap, Chau told BetaKit the next natural steps for the FinTech startup are adding services like mortgages, investing, and retirement planning.

Inovia Capital co-founder and partner Shawn Abbott told BetaKit Neo is also exploring crypto – something Inovia portfolio company Wealthsimple has had success with since moving into the space last year.

“For us, it’s how do we create the most integrated and seamless experience for Canadians, leveraging our merchant network but also the core infrastructure we’ve already built,” said Chau.

To do that, Neo is using its Series B capital to further invest in its product roadmap as well as scale up its team. Today, the company sits at 350 employees with another 100 roles open. One of those open roles is for a head of mortgages, pointing to the company’s plans to enter the housing market imminently.

Chau declined to share any specifics about the foray into mortgages, but emphasized that in the next year or two years Neo’s product suite is going to look different from what is offered today.

“The Big Five [banks] weren’t necessarily built in three years,” said the CEO. “It really took them 100 years, give or take. And, for us, we’re taking on something that’s quite ambitious.”

The move into mortgages and Neo’s plan to offer a full range of financial services not only places it in competition with Canada’s oligarchy of big six banks, but against other challenger banks and FinTech companies like Power Corp.-backed Nesto and Wealthsimple.

Nesto raised $76 million for its digital mortgage brokerage earlier this year and Wealthsimple reached a valuation of ​​$5 billion this year after securing $750 million.

Wealthsimple has also been increasingly focused on expanding its product offering in the Canadian market. At the end of last year, Wealthsimple CEO Mike Katchen spoke to BetaKit about his own plans for mortgages and insurance products.

The race to win Canadian consumers over to digital banking services is one that has been heating up in recent years. Investors have jumped to back the likes of Neo, Wealthsimple, and Koho, as publicly-listed Mogo, for example, has also expanded its suite of offerings through acquisitions.

While all have found investor backing, the question regarding the market opportunity for these companies remains.

The Canadian market is limited in size, with consumers tending to stick to the traditional banks. FinTech CEOs, including Koho’s Dan Eberhard and Chau, have spoken to BetaKit about challenges their startups face in the market. United Kingdom challenger bank Revolut even exited the Canadian market early this year amid regulatory challenges and increasing digital bank competition.

However, reports show Canadian consumers have increasingly turned to challenger-style banks in recent years in a search for better rates and fees, ease of setting up an account, and more innovative products and services. And Chau thinks the market opportunity is sizeable.

“Our stance is the market is just so massive, and there’s a reason why there are five big banks or six big banks,” said Chau. “I think even in the FinTech space it’s no different.”

Abbott emphasized the point, calling the Canadian market one that is highly regulated but ripe for innovation. He expressed confidence in Neo’s ability to be a winner in the space amid a “unique, valuable and sustainable” growth trajectory that focuses on consumers and merchants.

“The biggest piece for us,” Chau said. “Is that education around consumers that they do have choices. And how do we ensure that we are at the top of the list for when they are actually making that choice?”