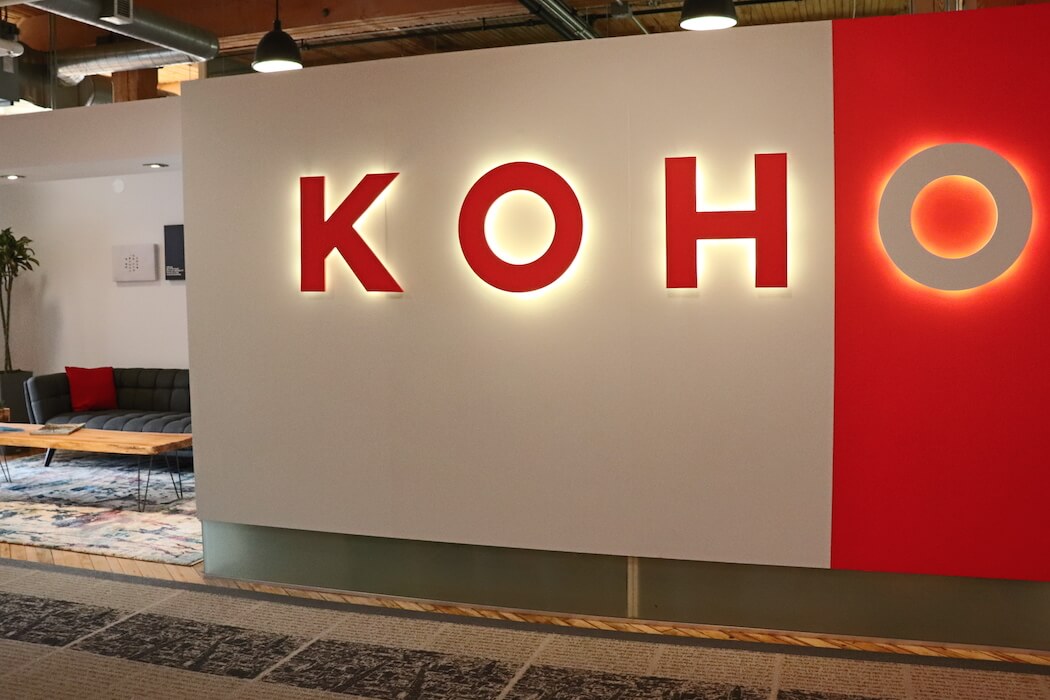 Koho has secured $70 million CAD in Series C financing, which sources estimate put its post-money valuation at $300 million. The Toronto FinTech startup raised the capital from TTV Capital, Drive Capital, and Portag3 Ventures as it aims to increase the utility and adoption of its alternative financial service offerings.

The round was led by new investor TTV Capital, a United States firm focused on FinTech and claiming an unparalleled network of major banks, processors, and other payment ecosystem participants. TTV invested in Koho through its $127 million USD early-stage FinTech fund, which closed last year.

Longtime Koho investor Portag3 Ventures followed-on for the Series C round, as did Drive Capital, which led Koho’s Series B extension in November 2019. The latter firm committed the largest portion of capital to this latest round.

The $70 million is all primary capital, $50 million of which is equity and $20 million venture debt. Eberhard told BetaKit the round also included secondary financing on top of the $70 million but declined to disclose the amount. The CEO did confirm, however, the deal did not change Koho’s board of directors, which has five members: two Portag3 seats, one seat for Drive, one independent, and one founder seat held by Eberhard.

With Koho feeling it has found product-market fit, the $70 million will act as fuel to reach what founder and CEO Dan Eberhard called the macro adoption of its financial service offerings.

Koho has turned its focus to scaling as the COVID-19 pandemic “dramatically accelerated” the company’s timelines, given its focus on digital-first products for a digital-first generation. Koho has nearly doubled its customer base since the beginning of 2019, garnering more than 350,000 users. The startup handles $2 billion a year in transaction volume and Eberhard claimed Koho is set to triple its revenue again this year.

“Folks who offer a great online virtual-first experience make a lot of sense in an increasingly remote world and so we’ve continued to see acceleration,” said Eberhard. The CEO pointed to both the ongoing digital transformation and Koho’s direct deposits offer for the Canada Emergency Response Benefit (CERB) as reasons why the startup saw growth during the pandemic.

The Toronto-based FinTech startup, which first launched to market four years ago, has noticeably been building out its product offerings over the last couple of years. In addition to a spending account, Koho recently launched a savings account and a credit building product, giving it the core services consumers expect to see from a traditional financial institution and setting it up to be more competitive in the market.

“If you think about where Koho was a year ago, in terms of the product that was offered and then today … we’re kind of ticking these major boxes for folks while we continue to expand the utility of Koho,” Eberhard said.

In addition to building out its product set to make the company ready to scale, Koho has also spent the past few months building out its exec team in order to do just that. The startup recently brought on a new CTO, CMO, CFO, and VP of people and culture. The startup is also set to almost double its employee base this year from 150 to 220.

“The fair observation here is Koho is well-defined as the market leader in this space in Canada and we’ll continue to accelerate in that positioning with the capital that will be put into work over the next 12 months,” Eberhard told BetaKit.

The $70 million in new financing will specifically be dedicated to increasing awareness of Koho’s current products, which Eberhard said position Koho well in the market, but are still in the early days of awareness and macro adoption. “[There is] an enormous amount of work left to do on the products that we have in-market,” the CEO said.

Eberhard hinted that Koho may be looking into other product possibilities as well, but emphasized the focus for the next 12 months is on the adoption of its current offerings.

Awareness and adoption represent key areas of focus, as well as challenges, for Canadian neobank or challenger bank startups like Koho.

Canadian consumers turning to challenger-style banks has increased in recent years. Ernst & Young’s Global FinTech Adoption Index for 2019 found that FinTech adoption in Canada had increased from 18 percent to 50 percent since 2017. Reasons listed as driving consumers to FinTech services include better rates and fees, ease of setting up an account, and more innovative products and services – all things that FinTechs like Koho, Neo Financial, Wealthsimple and others tout as key to their offerings. However, challenges remain as most Canadians still opt to use incumbent financial institutions for their banking needs.

The COVID-19 pandemic has presented an opportunity for such digital-first offerings, having significantly changed the Canadian banking industry. Many Canadian banks have increased their focus on digital-first, with reports noting rapid acceleration and changes in consumer expectations. However, it is still too early to tell the exact effect the digital transformation of the past year will have on the sector and what it will mean for challenger banks.

“Consumers today have high expectations for the banking experience,” said Drive Capital partner Chris Olsen. “They’re looking to challenger banks to provide an elegant, mobile-first solution. Canadians are already turning to KOHO for their financial services and we expect this to accelerate going forward.”

This past year has also seen the acceleration of conversations and plans around the modernization of Canada’s payments infrastructure, something that has long-favoured the country’s Big Bank oligarchy and created difficulties for startups like Koho.

Along with restrictions to even acquiring a banking license, which technically restricts companies like Koho from being an official challenger bank, Koho and other FinTech players have been pushing for changes to open banking and the country’s upcoming real-time payments system; conversations around which are going on right now.

Canadian Fintechs, which are hoping to see some changes that open up the market to digital financial service competition, have expressed hesitancy around decisions like bringing on Interac and Mastercard for Canada’s real-time payments system, as well as frustration about the open banking consultation process and conversations.

“Koho is a leader and has both the responsibility and opportunity to be a market-defining company and a leader, not just in terms of the consumer FinTech space but in terms of the Canadian regulatory payments ecosystem,” said Eberhard. “I think that we represent a user base, which has not traditionally been served well and I think that Koho brings that user base to bear when we’re having these conversations about regulations … we think it has less to do with Koho and more to do with what is the right thing for Canadians.”

Technological innovation continues to be a major catalyst for change across Canada’s financial services industry. There’s no doubt that the payments space is rapidly…