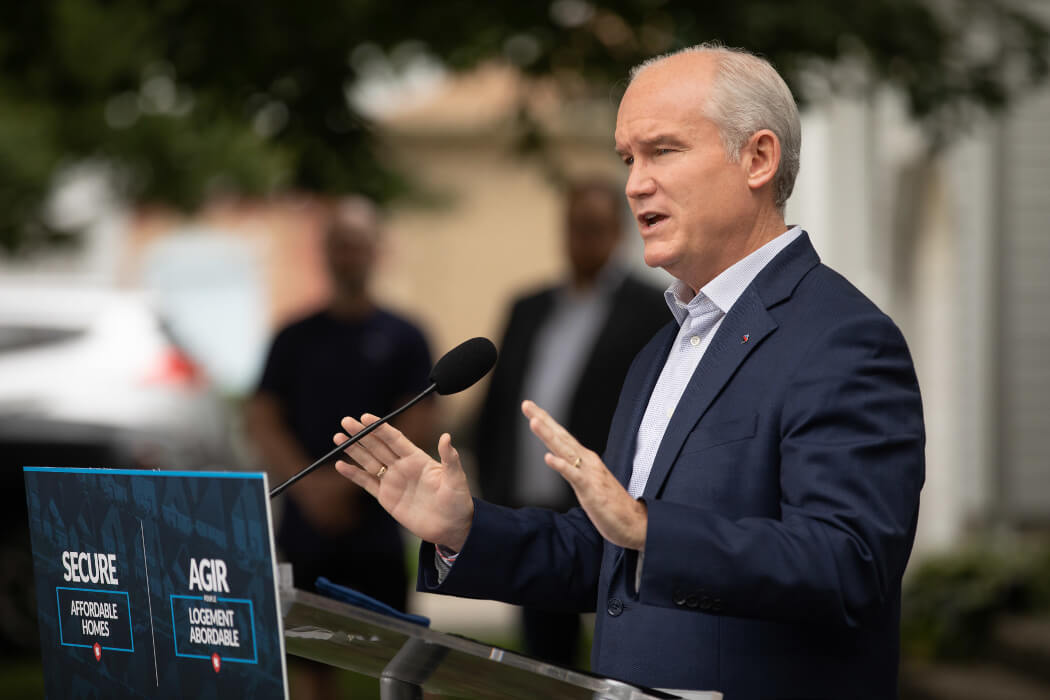 One day after the Liberal Party pledged to put in place the recommendations of the Advisory Committee on Open Banking by 2023, the Conservative Party vowed to introduce legislation on open banking, albeit without mentioning a time frame.

On August 27, the Liberals had little more to say on the subject except that acting on the recommendations would “ensure that Canadians have access to a wider range of secure, competitive, and consumer-friendly financial service options.”

The next day Erin O’Toole, Conservative party leader, said in a release that the Tories would bring in legislation on open banking so that “Canadians can connect with financial technology (fintech) companies that can provide a better offer for banking services such as a mortgage, line of credit, or credit card.”

O’Toole accused the Liberals of having “deliberately dragged their feet to protect their friends in the banking industry from competition.”

In a video released the same day, O’Toole elaborated on the Conservative’s platform around open banking. Noting that Canada’s banking industry “suffers from a lack of competition and innovation,” O’Toole said the Conservatives will complete payment modernization efforts, facilitate payments for Canadians, and “bring in regulatory certainty for small businesses.”

O’Toole accused the Liberals of having “deliberately dragged their feet to protect their friends in the banking industry from competition,” adding that Canadians must be able to own their financial data, and choose the banking services that best meet their needs.

A number of FinTech startups expressed their frustration to BetaKit in May that after two years they were still waiting for the Liberals to deliver the Advisory Committee on Open Banking’s report.

Released in early August, the report called for the federal government to address financial screen scraping and replace it with an open banking system that is “safe, regulated, efficient, and protects [consumers’] interests.”

In the absence of a formal open banking policy – something the United Kingdom, Australia, and the European Union already possess – open banking services in Canada have commonly been taking place through screen-scraping.

Screen scraping requires consumers to provide their online banking username and password to access financial data. That method can pose security risks as the data is then transferred to a company’s external database.

“The core objective now is to realize consumers’ right to data portability and move to secure, efficient consumer-permissioned data sharing enabled by a system of open banking,” read the report.

The report committee said the government should move forward quickly to put in place a hybrid, made-in-Canada system of open banking. They call for it to be introduced in phases. The first phase would include the design and implementation of the “initial low-risk opening banking system.” The second phase would involve the evolution and ongoing administration of that system.

The committee called on government to designate an open banking lead who would be responsible for convening industry, government, and consumers in designing the foundation of an open banking system. The design would be completed within nine months of the appointment of the lead, and following a subsequent testing and accreditation period, the system should be operational within 18 months, the report recommended.

While the response to the open banking report’s release was predominantly positive among those BetaKit spoke with at the time, several in Canada’s finance community expressed concern about the impact of a federal election on its progress. Released just 11 days prior to the election being called, little time was left for the federal government to appoint the open banking lead recommended in the report.

One source BetaKit spoke with speculated that the difficulty in finding a qualified lead candidate interested in the job is what initially delayed the release of the report, which was completed in April.

Witmart.com, a crowdsourcing marketplace dedicated to helping people find services for work like digital goods and design, has chosen LegalX at MaRS as the…