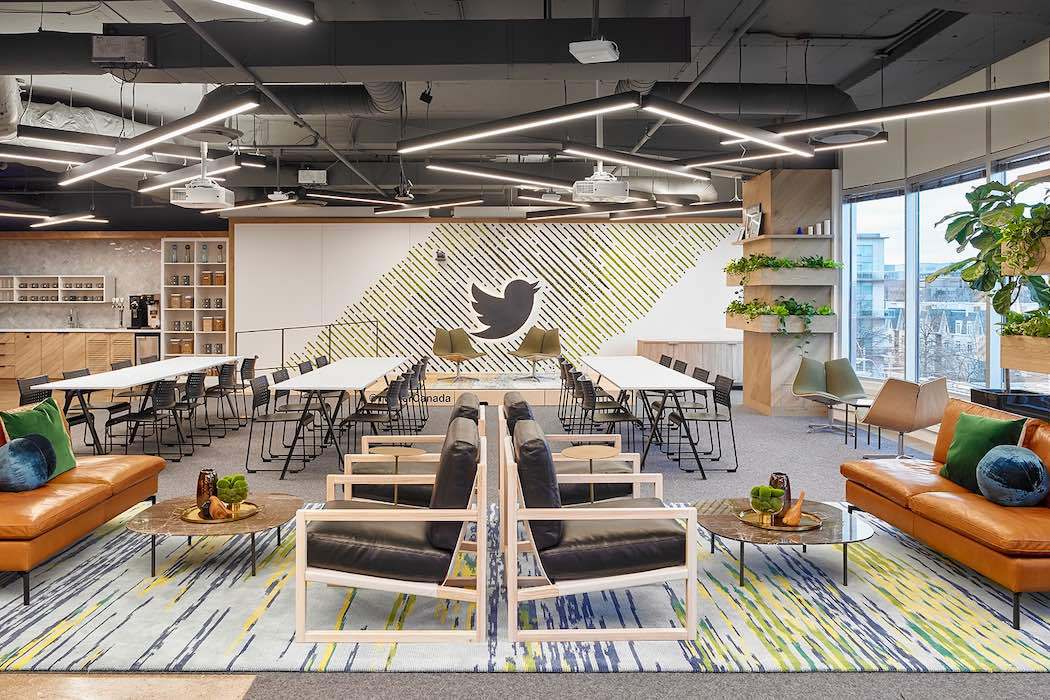 Throughout 2021, scores of global tech companies have signalled their intentions to grow their presence in Canada. Among these firms is Twitter, which in the spring, announced plans to open an engineering hub in Toronto, the first of its kind for the social media company north of the border.

Since its initial announcement of the hub in March, Twitter has hired 60 new Toronto-based engineers. With 180 Twitter employees now scattered across the country and dozens more roles expected to be filled, the company is looking to make a long-term investment in Canada.

Though attracted to Canada’s highly skilled workforce, Twitter is eyeing more than a wellspring of talent, according to Paul Burns, Twitter Canada’s managing director. He recently told BetaKit Twitter has found a “beacon” in the Canadian market, adding that the country could play a role in the organization’s long-term product strategy.

“Canada as the proxy for the rest of the world is kind of the idea,” Burns said.

BetaKit spoke with Burns and Tristan Jung, a senior engineering manager at Twitter, about the social media giant’s increased focus on Canada and how a bigger Canadian presence will bolster the company’s strategy in the country.

“A natural gateway to the rest of the world”

Burns said Canada has specific qualities that make it a suitable “first stop on the train to broader global product deployment.”

First, the country’s small population size relative to Twitter’s major markets, such as the United States, India, and China, make it a safer place to test new products in a contained environment, Burns said. As a mid-sized market, piloting products in Canada gives Twitter a window into how a product may perform if scaled up or down.

Canada has specific qualities that make it a suitable “first stop on the train to broader global product deployment.”

“Canada also just presents itself as a natural gateway to the rest of the world,” Burns said, noting the country’s diversity of users makes it rare compared to other mid-sized markets.

“[Canada has] a user base that is incredibly leaned in and active on Twitter, but it also is not at the size and scope that it would essentially introduce significantly more complexity,” he added.

Twitter is already realizing its vision of Canada as a product launchpad. In June, the company rolled out its first-ever subscription offering, Twitter Blue, in Canada and Australia. The offering gives users access to enhanced features, such as bookmark folders, reader mode, and the ability to revise tweets before they go live.

“That’s an example of a fairly significant product deployment that was only launched in these markets,” Burns said. “As we launched that product, [Canada was] a phenomenal learning ground.”

Twitter’s Canadian engineering team is part of the company’s consumer org, which comprises all the functions that eventually impact customers that use Twitter’s platform. It includes back-end and front-end engineers, as well as product managers, user researchers, and designers.

The consumer org is divided into three pillars: discovery and connection, which help users connect with people, conversations, and interests; health, which aims to minimize harm on the platform; and content, which builds tools and experiences that help users generate text and media on its platform.

Jung noted that the Canadian engineering team is not tasked to work exclusively on a single product and had a hand in some of the consumer org’s biggest rollouts this year.

“We wanted to make sure this was a long-term investment,” Jung said. “This isn’t a satellite team that we’re pushing out. This is like, ‘Hey, you can come in and really help us grow the product.’”

Part of Twitter’s long-term investment in Canada is instilling the right leaders to help build culture. The Canadian outpost has filled some key leadership roles, including a director of product management for Twitter Canada’s conversations division and an engineering manager for its health division.

However, creating culture while working remotely remains a challenge, Burns acknowledged. It’s not known when Twitter’s Canadian office will reopen, but the company has already made several permanent changes to its work culture.

Twitter was the first Big Tech firm to allow permanent remote work (a move many other tech companies followed), and over the summer shifted to an asynchronous work model for all employees. Burns said when the Canadian office does reopen, employees will be able to choose in-person, remote, or hybrid work.

“The hope is that we try and make that feel like a really exciting place for people to come back to, but the stance is that will we never pressure people to come into the office,” Burns said.

Twitter’s decision to hire engineers in Canada is part of a broader push to scatter its talent base globally. Burns said this runs parallel to a wider strategy of decentralization across the entire organization.

Decentralization has been a prominent movement in the social media realm for the last four years. Co-founder and CEO of Twitter Jack Dorsey has expressed his support for a decentralized Twitter, which would mean the company has less control over how people use the platform. This year, the company chose to sponsor an initiative aimed to create a decentralized social network protocol.

Burns said Twitter has also tried to take the decentralization theme to other areas of the company, including the way the company works.

Though headquartered in San Francisco, Twitter has employed people in international markets such as London, England and Tokyo, Japan for many years. It was during the pandemic, and resulting acceleration of remote work, that the company decided to open dedicated engineering hubs in global markets like Toronto and India.

“Jack’s philosophy is that we’re a global company, we have a global footprint, we serve global customers and global audiences,” he added. “Our employee base should reflect that.”

When it comes to choosing Canada, Jung highlighted that the country’s network of post-secondary institutions has played a role in creating a large number of high-skilled candidates.

Twitter Canada counts the Universities of Waterloo and Toronto among its staff’s alma maters. But Jung noted that universities are producing the breed of candidates Twitter is searching for across the country, not just in the Greater Toronto Area (GTA). Since March 2020, Twitter Canada has hired 45 remote team members in Canadian cities who are based outside of the GTA.

“We’re not looking at just Toronto, but Canada as a country,” Jung said. “There’s high diversity in the market, and even outside of engineering, there’s a large talent pool in the areas of design and media marketing.”

Twitter currently has 95 roles currently available to Canadians, with 11 of those roles specific to Toronto and 16 exclusive to Canada.

The organization is also contending with a host of other Big Tech companies also looking to scoop up Canadian tech talent.

This year, Pinterest and DoorDash opened Canadian engineering hubs of their own, and Shopify announced plans to capitalize on the country’s development talent with the goal of hiring more than 2,000 engineers. Microsoft, Netflix, MasterClass, and Reddit are just some of the other tech giants growing their development teams in Canada.

Some firms have expanded their Canadian presence through acqui-hire transactions. Google, for example, managed to recruit the technical expertise of Kitchener-Waterloo startup North last year following that acquisition. Although Twitter is open to acquiring a Canadian company if there is a business need, Jung emphasized that the company will not sacrifice high-quality talent for the sake of rapid growth.

“Our intention is not towards filling these roles as fast as possible,” Jung added. “We want to hire the right people with the right skillsets that are excited about the problems that we’re trying to solve.”

As Twitter looks to test new products in the Canadian marketplace, Burns believes growing the Canadian engineering team will allow local workers to have a hand in the company’s future.

“I think there is a broader appeal for talent in the marketplace to be able to contribute to the global impact and the global opportunity at Twitter,” Burns said. “I think that’s super attractive for a lot of local engineers, designers, developers… to actually play a role in shaping and putting their own personal fingerprints on the future of Twitter, globally.”