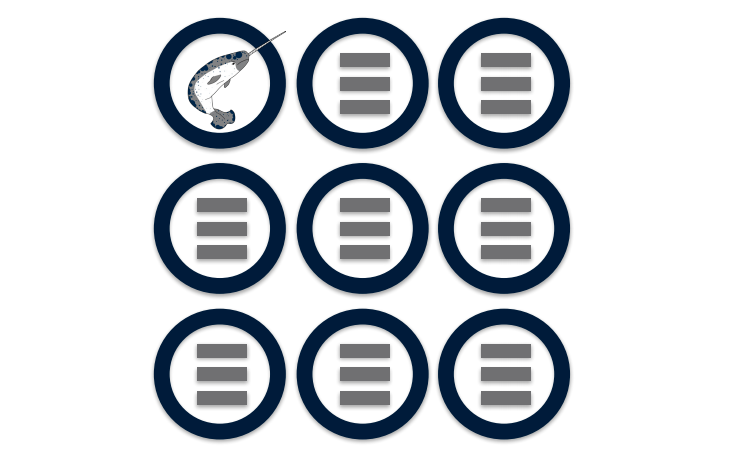 The Impact Centre at the University of Toronto has released the Narwhal List 2018, a report that highlights Canada’s 50 most financially attractive tech companies.

To identify private Canadian companies with the potential to grow into unicorns, the Impact Centre looked into over 1,000 private VC funded Canadian businesses listed on the CB Insights’ database as of December 1, 2017, as well as the fundraising patterns of 97 private US companies that were identified as unicorns in December 2017. The centre invites reader feedback to report errors or omissions if the list appears incomplete or company statistics are incorrect.

The Narwhal List 2018 report examines a set of young Canadian companies with the potential to become strong global companies. The report ranks private Canadian companies according to their financial velocity, which is the amount of funding a firm has raised divided by the number of years it has been in existence. It also ranks firms based on their employment velocity, which looks the number of employees a company hires per year since its inception. The goal is to use firms’ financial and employment velocity in order to track their ability to scale and become Narwhals (companies that have reached a valuation of $1 billion or above).

The Narwhal List 2018 builds on the Impact Centre’s Narwhal List from 2017. New additions to the list include companies that have announced funding rounds this year, such as Cryptokitties, Drop, Coinsquare, Uberflip, and others.

“We are making progress in our ability to scale companies.”

The report notes that since last year’s list, 29 companies listed have raised a total of $1.2 billion with an average funding round of $41 million per company. The report also indicates that three companies from last year’s list went public including Real Matters, Clementia Pharmaceuticals, and Zymeworks.

VarageSale, which was also on last year’s list, was sold to Vertical Scope in November 2017.

The Narwhal List suggests that Canadian companies have the potential to grow into unicorns in the near future, using Kik as an example of a unicorn. While BlueRock Therapeutics and Dalcor Pharmaceuticals are the closest contenders for becoming unicorns, the report says they would need to raise another $50 million each to reach that level.

The report notes that life sciences companies like BlueRock Therapeutics typically raise substantially larger first rounds of capital than other types of technology firms. They also show low levels of employment growth initially as funds are used for clinical trials more often than for employees involved in product and market development.

“The sheer difference in scale between investments available to technology firms here and the US is a stark reminder that we have to be significantly smarter about how we nurture and invest in Canadian technology companies.”

“This means that we are making progress in our ability to scale companies. If each of these companies can maintain this rate of growth, they all have the potential to become unicorns in the near future,” the report reads.

Overall, the Narwhal List 2018 points to a sense of optimism in Canada’s tech sector, but notes that there is still work to be done ahead.

“For example, while the 18 Canadian firms with a financial velocity of $10-25 million per year have raised, on average, $105 million per company, American unicorns have accumulated nearly double that amount ($202 million per firm) in the same timespan,” the report reads. “The sheer difference in scale between investments available to technology firms here and the US is a stark reminder that we have to be significantly smarter about how we nurture and invest in Canadian technology companies.”

This week, three Toronto-based companies raised impressive Series A rounds – two of them in healthtech. Here’s the latest on who raised how much,…