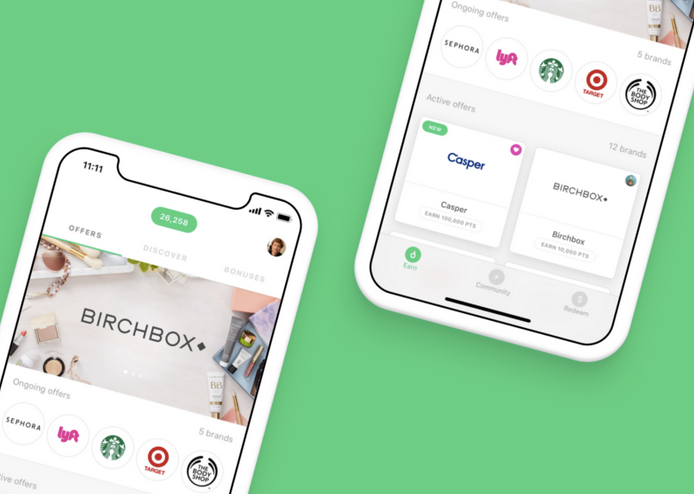 Toronto-based Drop announced today that it has closed a $25.8 million CAD Series A round ($21 million USD), led by New Enterprise Associates. The round also features continuing participation from White Star Capital, ff Venture Capital, and Portag3 Ventures. Portag3 and White Star Capital were part of Drop’s $5.5 million seed round in October of last year.

That’s a short time from seed to Series A, and the loyalty and rewards startup says the new round is one of the largest Series A rounds in Canadian FinTech history.

Drop says its funding is fuelled by growth. Drop launched its platform — which allows users to link their credit or debit to the app, and earn points whenever they spend with Drop’s merchant partners (including companies like Bloomingdales and Sephora) — in the US in October, quickly reaching a million users. The response from the company’s target demographic, the elusive and desirable millennial customer, was similar to its beta launch in Canada.

“We first launched in Canada and saw great growth and success (#2 in app store under Lifestyle). We then told ourselves that if the numbers in the US look as appealing from a cost, user engagement perspective, we would start focusing efforts down south,” Drop founder Derrick Fung said at the time. “We hit number three in the US app store and consumers are just as — if not more — engaged with our product.”

Drop says it will use the major cash injection to support a growth push in 2018. To aid that push, the company has pinched Ian Logan, former director of engineering at Airbnb, to lead its engineering team. A Canadian living in the Valley, Logan said the decision to repatriate was fuelled by Canada’s potential as a global tech hub.

“I was inspired by the possibility of influencing the growing tech community in Canada,” he said. “I saw the opportunity to cross-pollinate my own experience and knowledge in scaling companies. I wanted to make as big of an impact as possible in helping local innovation. I am now on a mission to contribute to Canada’s startup ecosystem by helping make globally focused companies that are locally headquartered a success.”

Forming partnerships can be beneficial for FinTech entrepreneurs and startups, according to Brian Deck, CEO at Toronto-based Smooth Commerce. At the latest FinTechTO, Deck…