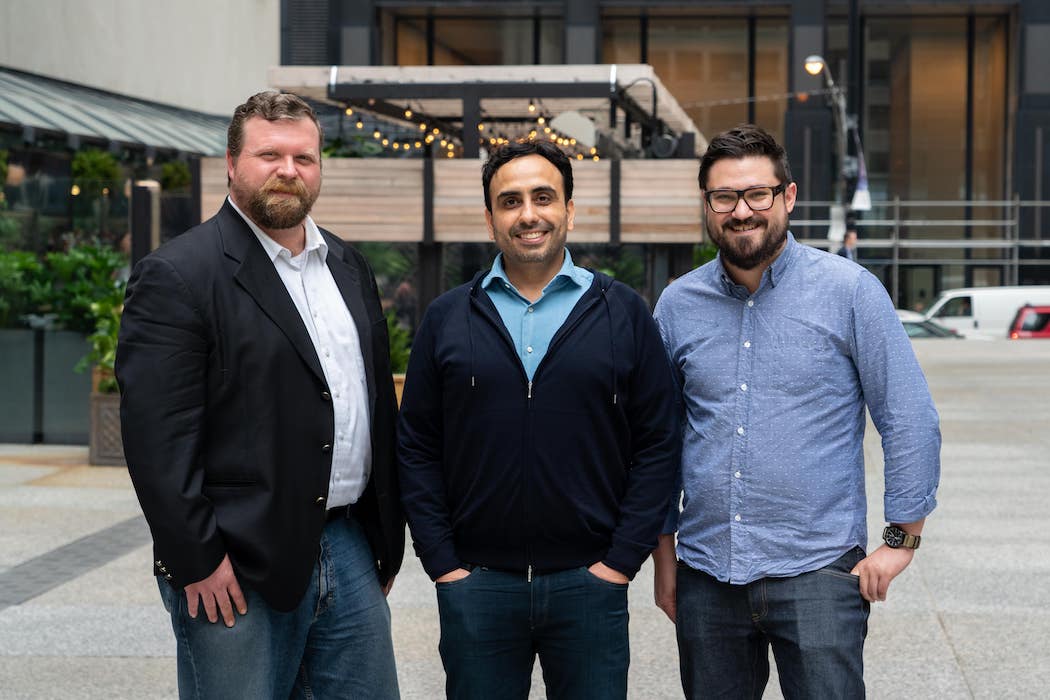 In its 2019 Insurance Industry Outlook, Deloitte claimed Insurtech is fundamentally changing the rules of the game, driving a new innovation ecosystem with both threats and opportunities for industry leaders.

Despite the exponential surge of connectivity and digitization, some insurance providers still hold on to outdated notions about the industry’s ability to ward off disruption.

“We are using the best of technology tools to significantly complement human expertise.”

“We are living in an age of disruption. How we engage with our customers is evolving and consumer expectations are changing,” said Don Forgeron, president and CEO of the Insurance Bureau of Canada, for a survey the group released last year. “As insurers, we need to have the ability to adapt to the rapid changes that are impacting our business.”

While these circumstances have left the industry more archaic and less agile in comparison to other financial services sectors, it has made room for Insurtech startups to target the around 30 percent of Canadians currently lacking any life insurance coverage. Enter: PolicyAdvisor, an Insurtech startup based in Toronto, which is looking to build a new kind of insurance experience. The company combines modern technology and human expertise in an effort to simplify the insurance-buying process for consumers. Most notably, the company claims it’s outperforming the traditional insurance broker.

PolicyAdvisor harnesses data from multiple sources, using algorithms that scan hundreds of complex insurance documents to identify the right policy match for a customer. PolicyAdvisors’ approach is markedly different from other movers and shakers in Canadian Insurtech, which generally target the business and enterprise segment.

PolicyAdvisor not only works with consumers but is also an independent insurance advisor that directly provides policies to those consumers. BetaKit spoke with PolicyAdvisor founder and CEO Jiten Puri about how he’s looking to address gaps in life insurance, and what’s on the horizon for the company.

Puri, previously worked as a banker with Morgan Stanley out of New York, looking after mergers and acquisitions in the FinTech space. He called life insurance the last vestige of financial services that has yet to see the evolution other segments have embarked on. Canadian companies like Wealthsimple, Koho, Borrowell, and formerly Planswell, have all gone after a particular consumer segment with their own technology offerings. Borrowell, for example, deals with lending, while Wealthsimple takes on investing, and Koho deals with saving and spending. Puri saw an opportunity to bring together his understanding of, and connectivity in, the financial space to innovate insurance in Canada.

An example of how PolicyAdvisor’s platform uses key metrics to source insurance plans.

“A couple of years ago, we started reaching out to some ecosystem partners, whether that was insurance companies or consumers, just to understand what the pain points are,” Puri told BetaKit. “Insurance distribution continues to have a tremendous amount of friction, where it continues to be sold through human advisors, whereas the consumers have moved to seek fully digital experiences. They want the ability to engage and fulfill their insurance needs, which insurance companies aren’t currently doing.”

Through PolicyAdvisor’s platform, users can enter a few basic details about their occupation and financial situation to see how much coverage they’re potentially eligible for. By adjusting parameters like the benefit amount and waiting period, they can find coverage at a price point that’s right for them.

The company was founded in 2017 and now claims to be outperforming the traditional insurance broker 10 to one, based on figures provided by the company’s industry partners. Puri told BetaKit the outperformance is based on the volume and number of policies sold by PolicyAdvisor compared to other “top tier” traditional brokers.

“The consumers are overwhelmingly voting on our side, showing us that … regardless of their age, there is a need for them to get to get friction-free fulfillment [that is] fully digital,” Puri said.

PolicyAdvisor has not thrown its weight behind all-digital, however, and offers a licenced insurance concierge alongside its digital offering. Puri said combining a digital offering with a human one is a key component of the business and is generally in step with how a number of other Insurtech startups have developed their own solutions.

“We do not think that technology will supplant humans, we don’t believe that. We are using the best of technology tools to significantly complement human expertise,” he said. “Technology allows us to make advice available to the consumer when he wants where he wants, and that’s what the site is able to do. Human advice is necessary and that’s where our human advisors come in.”

Puri also pointed to PolicyAdvisor’s monetization model, noting that it differs from that of a traditional broker due to the way it compensates advisors. The startup’s advisors do not work off commission, as is typical with most traditional brokers in the industry. Puri explained that PolicyAdvisors’ model is meant to help its advisors focus on the mass market rather than simply the consumer that wants the largest policy.

Within the last four months, PolicyAdvisor has raised what Puri called “a substantial pre-seed round,” but refused to disclose the dollar amount. The round was led by a number of undisclosed “ultra-high-net-worth families” that Puri called informed in the financial services space. PolicyAdvisor is planning to tap into additional funding from institutional investors in the first quarter of 2020.

Currently only operational in Ontario, the startup plans to expand geographically, with the goal of operating in four or five provinces within the next few months. PolicyAdvisor has also prompted by its insurance company partners to develop new extensions that can be added on to its original offering.

PolicyAdvisor is taking the direct-to-consumer route, trying to usher in a new era of human-friendly solutions for an industry still very much playing catch up in the technology race.

The Montreal chapter of the Founder Institute, the world’s largest early-stage accelerator and launch program, is looking for applicants for its fourth cohort. Since…