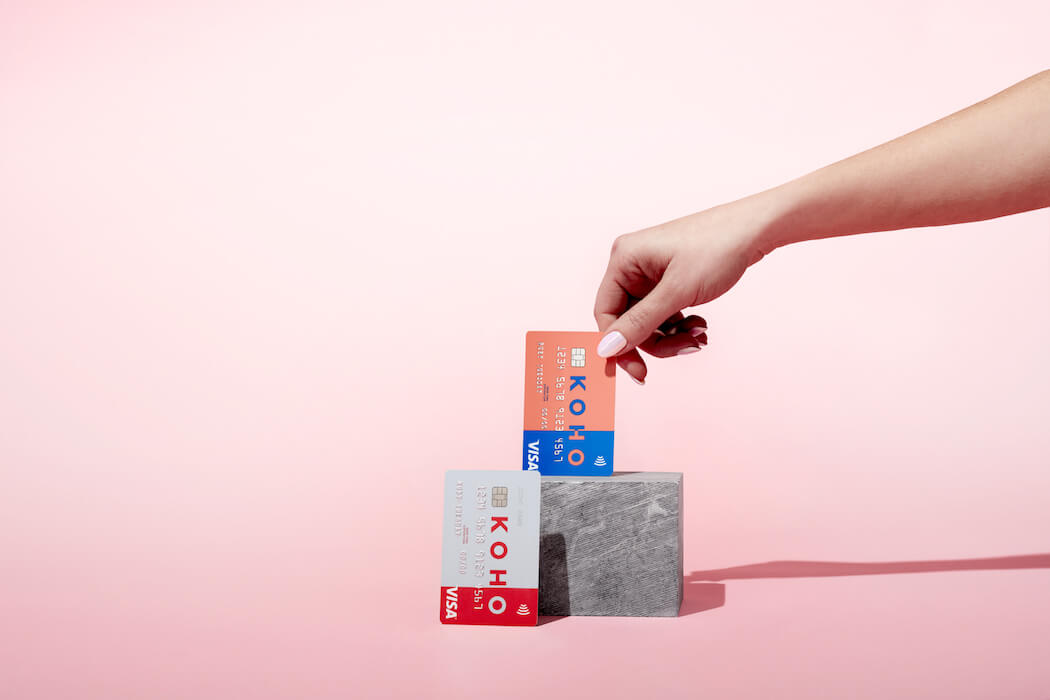 Koho has raised an additional $25 million in capital for its Series B, just six months after the initial close of the round at $42 million (all numbers CAD). The funding was led by US-based venture capital firm Drive Capital, with participation from National Bank of Canada, through its VC arm, NAventures.

“The goal is to build the next great bank in Canada.”
– Daniel Eberhard, Koho

The new investors represent an important component to Koho’s growth plan, with founder and CEO Daniel Eberhard telling BetaKit that diversifying and broadening its investor base was key to helping the startup scale.

Portag3 Ventures, backed by Power Financial, has led both Koho’s Series A in 2017 and the initial close of its Series B. Koho’s connection to Portag3 and Power runs deeper though, with Power Financial leading an undisclosed bridge round in July 2016, with participation from angel investor Adam Felesky, who later became Portag3’s CEO. Following Koho’s Series A, Portag3 held at least three seats on Koho’s board of directors.

Earlier this year, Eberhard told BetaKit his company was on a mission to restructure Koho’s board of directors, reducing Portag3’s presence in order to better position Koho for larger, long term private equity and capital plays. “[We’re] restructuring the board so we look more and more like a traditional venture-backed company and less like a Portag3 company,” the CEO said at the time.

As part of its Series B deal, Koho had the right to wave a $15 million capital call from Portag3 if it was able to secure funding from alternative investors. The net new $25 million from Drive and National Bank more than offsets that $15 million, which Portag3 will place in reserve for a later Koho round. With this change, the new $25 million in capital puts Koho’s Series B funding round at $52 million in total.

Following the most recent close, Koho has indeed restructured its board, eliminating two seats. Koho now has a board of five members, with two Portag3 seats, one seat for Drive, one independent, and one founder seat held by Eberhard.

“We’re not a controlled entity by any organization at a board or share level,” Eberhard told BetaKit. “So it’s much more a traditional startup in what we look like.”

Bringing on Drive and National Bank was not only part of Koho’s plan to round out its investor portfolio, but part of the startup’s larger goal of being the Canadian leader in the challenger bank space.

Eberhard explained that it had a strong partner in Portag3, but the company was also looking to bring on a traditional VC with “aggressive technical” understanding and experience with growth. Koho found that in Drive, which was founded by Mark Kvamme and Chris Olsen, both formerly of Sequoia Capital.

National Bank is also a notable new partner for Koho, which launched publicly in 2017 as a millennial-centred alternative to traditional banking, but has seen push back from institutional banks due to Canada’s lagging regulations. Koho, along with other Canadian challenger FinTech startups, does not operate with a Canadian banking licence. The startup currently works through partnerships with Visa and Peoples Trust Company to provide financial services, such as e-transfers, ATM, insights on spending habits, and financial coaching.

“We are very good at what we’re good at,” Eberhard stated, calling National Bank a fantastic infrastructure partner to help Koho better understand the “back-office of banking.”

The CEO noted that the support of its new investors feels like a validation of Koho’s journey to date and is set to help the company accelerate and “be really aggressive in Canada in terms of our capital position and our leadership position in the market.”

“The goal is to build the next great bank in Canada, and we want to be around in 50 years,” Eberhard said.

While Koho still faces challenges in regard to incumbents and consumer willingness in the Canadian market, Eberhard noted he has seen things change over the past three years since the company launched.

“Three years ago, it was hard for a lot of people to understand that you could do this.”

While reports still show that Canadian consumers in particular still lack trust in alternative digital banking options, challenger banks, like UK-based Revolut, have a growing interest in the local market.

“Three years ago, it was hard for a lot of people to understand that you could do this, and do this in a market of Canada’s size and have a really good outcome,” Eberhard told BetaKt. “Now, I think people are seeing that the economics are there, the growth rate is there and that you can really do this and build a true kind of functional banking experience and challenge even an oligarchy as entrenched as we have in Canada.”

“We think anything which raises consumer awareness of optionality is good for Koho,” he said, noting that while the two startup’s use cases are different, “banks are the only market share worth caring about.”

Since May, Koho has grown its number of users by approximately 40 percent, now with around 200,000 users overall. It has also reportedly seen three times revenue growth over the past year and expects to reach the same numbers in the coming year.

Koho plans to use its newfound capital to expand its role as the Canadian leader by building out its product line and expanding its team. In 2019, Koho launched a premium offering, added a joint account feature, as well as a feature and website to help Canadians uncover hidden bank fees. The startup also claims to have a 40,000 person waitlist for its prepaid metal cards that are set to come out later this year.

Just days after updating the country on the status of its digital transformation strategy, Scotiabank has revealed a partnership with the Toronto-based AI startup…