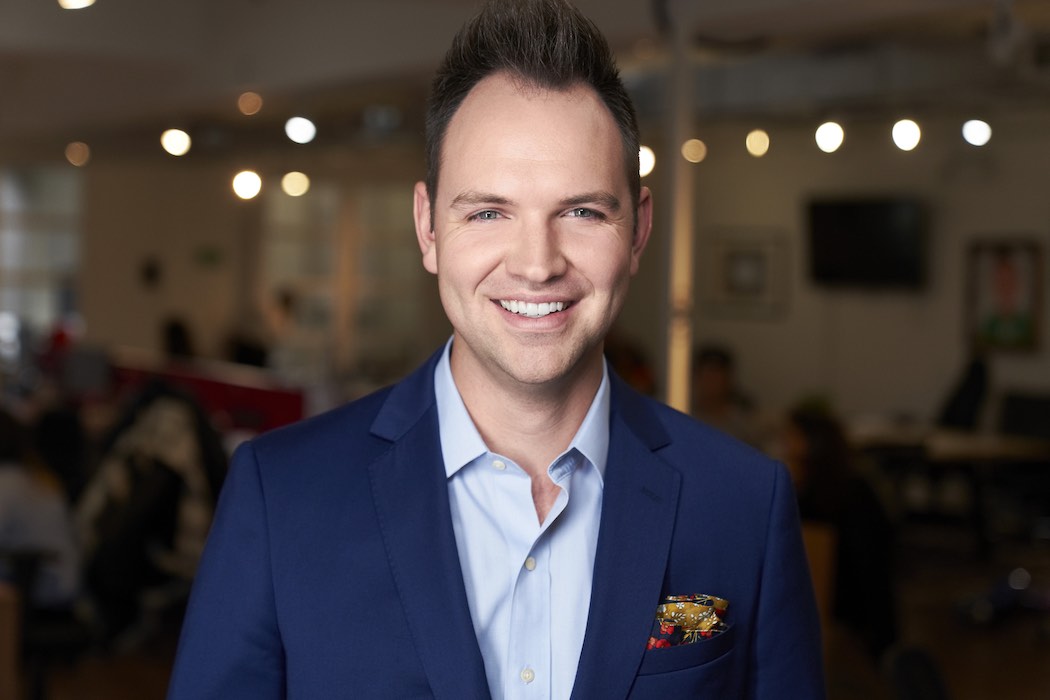 An email to Planswell investors obtained by BetaKit sheds new light on the recent demise of the Toronto-based FinTech startup.

Yesterday, the company published a notice on its website indicating it was shutting down, with all 57 of Planswell’s employees losing their jobs.

“An ex-employee caused a social media storm around a situation that happened over a year ago. The issue had been investigated and was properly dealt with in February.”

The email, sent today by Planswell CEO and co-founder Eric Arnold to company investors, states that the startup was recently in good health. “Revenue was up sharply,” with several international expansion agreements just signed, and “a ton of investors ready to put together a $20M round.”

According to Arnold, however, “that’s when an ex-employee caused a social media storm around a situation that happened over a year ago. The issue had been investigated and was properly dealt with in February (to the satisfaction of our lawyers, advisors, and major investors).”

The CEO goes on to state that Planswell’s bridge financing was pulled on October 11th, killing the larger round the company had been working on.

The “social media storm” referenced by Arnold refers to the anonymously published allegations of sexual harassment made by a former Planswell employee against a company co-founder in September. The allegations have been an ongoing and hotly discussed topic within the Canadian tech community since, spawning several opinion pieces and conversation on popular social media groups like StartupNorth.

Arnold’s email to investors contains no direct mention of any allegations of sexual harassment, the company’s investigation into those allegations, or the departure of the Planswell co-founder following those allegations.

At the time, BetaKit confirmed the company’s awareness of those allegations as early as February of this year. Shortly after, the company publicly posted a statement of belief and apology on its Twitter account directed towards Jane Doe, attributed to Arnold.

Speaking with Arnold today, the Planswell CEO indicated to BetaKit that he believes his statements in September remain consistent with those in the investor letter.

“There was never any doubt in her story,” he said. “Her story was the exact same as his story all the way along. This was never a question of whether she was believed or not – the question was around, ‘does this belong on social media?’”

“This was never a question of whether she was believed or not – the question was around, ‘does this belong on social media?’”

“When you have a company that’s raising money, that’s growing quickly, it’s a fragile entity,” Arnold continued. “And a lot of what [Jane Doe] said was taken out of context, and it’s very unfortunate, and I don’t believe that she wanted this to happen, or that anyone could see this coming.”

Arnold also specifically noted to BetaKit that it was not the public statements made by Jane Doe that caused Planswell’s investors to pull out, stating that they had previously been made aware of the issue during the company’s sexual harassment investigation. Instead, Arnold pointed to an article published on Medium by Raw Signal Group co-founder (and occasional BetaKit contributor) Johnathan Nightingale as the one cited by investors.

“It was actually an HR consultant [Nightingale] that we had reached out to potentially hire, that never actually spoke with us, that then wrote another article,” Arnold said. “And that was the article that was named by the investors when they decided to cancel the investment.”

The Medium piece contains partial transcripts of multiple conversations between Nightingale and Arnold when Jane Doe’s allegations were first made public. It contains no mention of Arnold or Planswell potentially hiring Raw Signal Group, which is a management and leadership training company.

“It continued on with other people piling on, writing stories that had never spoken with us, that made the investors feel like our chances closing future funding rounds were diminished and they couldn’t proceed with funding the company,” Arnold said.

Speaking with BetaKit, Nightingale clarified that Raw Signal Group is not an HR consultancy, and denied ever having worked or been offered work with Planswell. Nightingale also provided evidence allowing BetaKit to verify that the conversations between him and Arnold referenced in the Medium piece took place over LinkedIn.

“No one in Toronto tech cheers when a company in our community shuts down,” Nightingale told BetaKit. “Our entire focus right now should be on helping those impacted employees find new roles, and on supporting Jane Doe. It’s been good to see the community rushing in with support on both fronts.”

“Attempting to make this about me, or anyone else, is missing the point,” Nightingale continued. “This is about a company that failed one of its employees when she needed them most.”

Since the initial publication of this story, the Jane Doe Twitter account that first published the allegations has revealed itself to be run by Davinia Chew. BetaKit has confirmed that Chew controls access to the account, and that she is a former Planswell employee who was employed at the company during the relevant time period.

Chew declined BetaKit’s request for comment, but confirmed that the tweet below was published partially in response to statements contained within this story.

That's it for now.

In the email to investors, Arnold outlines several efforts to save the company, ranging from acquisition bids to a “last resort” deal to extend Planswell’s runway by 10 months. Arnold told investors that the company laid off employees last Tuesday when the final attempt failed, noting that Planswell is “weeks late on pay” to those employees.

Arnold told BetaKit that despite the financing shortfall, October had been a “record month” for the company, and that the loss of bridge financing had also forced the company to “walk away from opportunities in eight different countries.”

Arnold’s decision to update investors after the publicly announced closing of the company is unusual, especially so given Planswell’s dire need of financing. One Planswell investor BetaKit spoke with under condition of anonymity expressed dismay and disbelief that they learned about the company’s shutdown online, claiming that they had received no formal communication from the company since September.

Documents obtained by BetaKit show a company short on runway and high on burn rate.

“Certainly this is my first time going through something like this,” he said. “What I know is that the most important thing was that the second we knew there wasn’t a runway for the team, that we let the team know within 45 minutes of that.”

“And then our focus became 100 percent on the clients, and it look us several days to have a clear path of where the clients were going to go so that they could feel safe and confident in our decisions. The fastest we could get that out was yesterday morning, and then immediately after updating the clients we turned our focus to the rest of our community and our investors.”

Arnold also explained that he was advised not to broadly update his investors on advice from lawyers, but that he was in regular contact with major investors “every day,” and all Planswell investors received updates every couple of months.

BetaKit has obtained documents from Planswell’s last investor update, sent in August, which reveal a company focused on communicating success and future opportunity to investors, while neglecting to highlight serious financial risks.

In an email to investors sent August 14, Arnold said that Planswell was “doing quite well,” highlighting several milestones, such as recent expansions into Hong Kong, the Philippines, and Germany, as well as a year-over-year jump in monthly revenue from $10,000 to $170,000.

The email also reveals Planswell’s plans for future financing, claiming that the company had already received commitments from “existing large investors” for 50 percent of the company’s next round, targeted at $20 million. The company also preemptively sent a SAFE agreement, with a target of $3 million, noting that the $20 million round may not be open to Planswell’s larger pool of non-institutional preexisting investors. In the email, Arnold highlighted future meetings with Alibaba and Tencent, as well as potential strategic investors in Europe and America, stating that if conversations went well, the company may close the SAFE early.

Among the attached documents were Planswell’s Q2 2019 financial forecasts, obtained by BetaKit, which show a company short on runway and high on burn rate.

Through the financial forecasts, BetaKit can confirm that Planswell’s annual losses were worse than what was originally reported by The Logic yesterday, with the company losing $5,471,880 on $145,290 in revenue in 2018. Revenue for January to June of 2019 (the last month containing actuals in Planswell’s forecasts) totalled $360,582, with net operating losses at $2,839,793 on monthly operating expenses hovering between $540,000-$600,000 (all numbers in CAD).

No mention of this potential shortfall is directly communicated in either the investor email or Q2 memo sent to investors.

However, Planswell’s forecasts do note forecasted capital increases of $1,000,000 in September, and $10,000,000 in October. No context is provided for these numbers in the documents BetaKit obtained, but likely indicate conservative estimates for the funding rounds mentioned above.

Planswell’s email to investors has been published in full below as it was sent.

I don’t know what to say. I was told to say nothing, but that’s just not right.

Yesterday we updated clients and the website, to let people know that Planswell was shutting down.

This is absolutely horrific and devastating. In our new investors’ eyes, there was nothing wrong with our company. Our revenue was up sharply, our culture was fantastic. We had a ton of investors ready to put together a $20M round and several international expansions had just signed. That’s when an ex-employee caused a social media storm around a situation that happened over a year ago. The issue had been investigated and was properly dealt with in February (to the satisfaction of our lawyers, advisors, and major investors).

The cheque got pulled on Oct 11th, the date of closing a two month bridge. The round fell apart immediately and we couldn’t save it.

We approached all of our competitors to seek acquisition bids, but everything happened so fast that there was no way to close a deal in time.

We had a last resort deal put together to close last wednesday that would have extended out the burn by 10 months. On Tuesday afternoon, we were told that the deal could not proceed. We laid off the team 45 minutes later, weeks late on pay.

I want you to know that we did everything we could to save Planswell. This was our hearts and our futures. We were all in, emotionally and financially.

I started to call through the list, this morning, and realized it was not possible to call over 80 of you, while still sorting through the war zone that surrounds me.

So far, most of the news has been inaccurate. If you have questions about what you read, let me know.

I’m so sorry that it has come to this. I am so grateful for the opportunity that you trusted me with. I will do everything in my power to do right by you. I know exactly what each one of you has invested. It will become my life’s mission to make you whole and earn your trust back…

If anyone would like to speak to me, I’m here. Please call me any time.

UPDATE (11/06/19): This story has been updated with new details related to the identity of the person controlling the Jane Doe Twitter account.

Managing employees at a startup can be a time-consuming process. HR managers often have to use multiple software programs to track information about employees,…