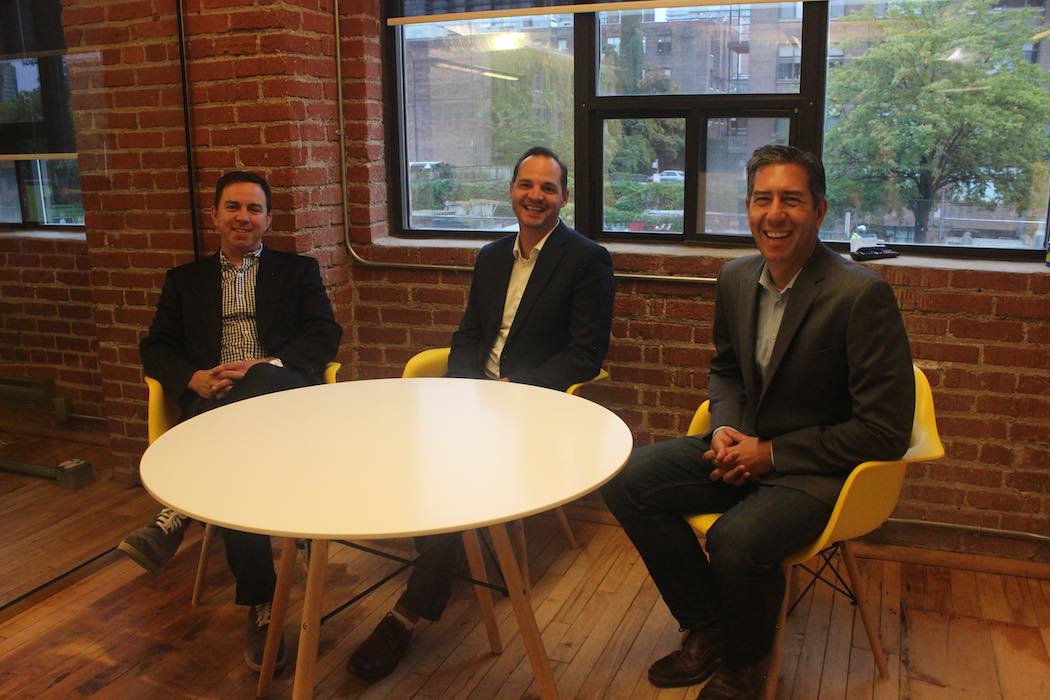 Parity, the Toronto-based proptech startup focused on reducing the carbon emissions of condos and multi-tenant buildings, has added three energy industry veterans to its senior management team following the close of its Series A round in May.

“We [are] providing great value to our customers, but we’re also making a substantial improvement on the environment.”

“The executives that we’ve hired reflect Parity’s own philosophy – bring exceptional people and thinking to the table to get the job done,” Parity co-founder and CEO, Brad Pilgrim, told BetaKit. “Whether we’re talking about expanding the business or helping address a global energy crisis, we are compelled by a deep sense of urgency to find engaged, new partners across North America who share our vision and help them realize the benefit of retrofitting their existing HVAC systems.”

Parity applies AI and machine learning to HVAC operations, collecting and analyzing data to help the systems run more efficiently. The company uses predictive weather to control heat latency and incorporate pre-heating and cooling, reducing the cost of energy bills. Pilgrim has previously drescribed the solution as akin to adding a smart thermostat to a building’s entire HVAC system.

Started in 2015 by co-founder Brian McLeod, Parity bootstrapped its first few years of existence before closing a $5 million Series A in May to help expand its platform to US markets.

“There’s not every business out there where you can say, ‘not only are we providing great value to our customers, but we’re also making a substantial improvement on the environment,’” Goddard told BetaKit about his decision to join the team. “[Parity is] fulfilling a need that until recently wasn’t available to customers in the multi residential market, and at the same time we’re saving the environment, or at least improving the environment through greenhouse gas reduction.”

Along with Seftel and Mulqueen, Goddard will help Parity as it looks to scale. The startup plans to further its presence in a number of North Eastern US cities, and more than double the size of its staff.

“At this point, we’ve proven our concept … our value proposition for customers is really strong, our substance is really strong, and we are actually generating savings,” Mulqueen told BetaKit, referring to Parity’s ability to help buildings save 25 to 35 percent on heating and cooling bills. He noted that the platform has been successful in around 35 buildings to date, with the startup hoping to expand that to more than 1,500 buildings over the next few years.

Seftel noted that with a viable product and growing customer base, the goal for Parity moving forward is to acquire those customers in a sustainable way.

“The key for Parity for the next two to three years is execution,” the CFO said. “It’s how do we scale, how do we get into more buildings, into more cities, and how do we grow that? And how do we do that without blowing our brains out, and then having to go back to the capital markets every six months?”

“[Doing] that in a thoughtful manner, that’s really the backbone of what I’m trying to look at,” Seftel added.

“In this fragmented industry, we need to bring the industry minds together to navigate the gaps that make it hard for mass adoption,” Pilgrim added. “Mike, Ron, and Paul are ideal additions to that team and we look forward to their contributions to not only the continued success of Parity but also to the overall social good that comes from applying smart solutions to current and critical energy management issues.”

Who Can You Trust With Your Data? This Toronto Startup Wants to Help

Who can you trust with your data? That’s a multibillion-dollar question. Three years before Snowden’s plea to the global tech community at SXSW this week to…