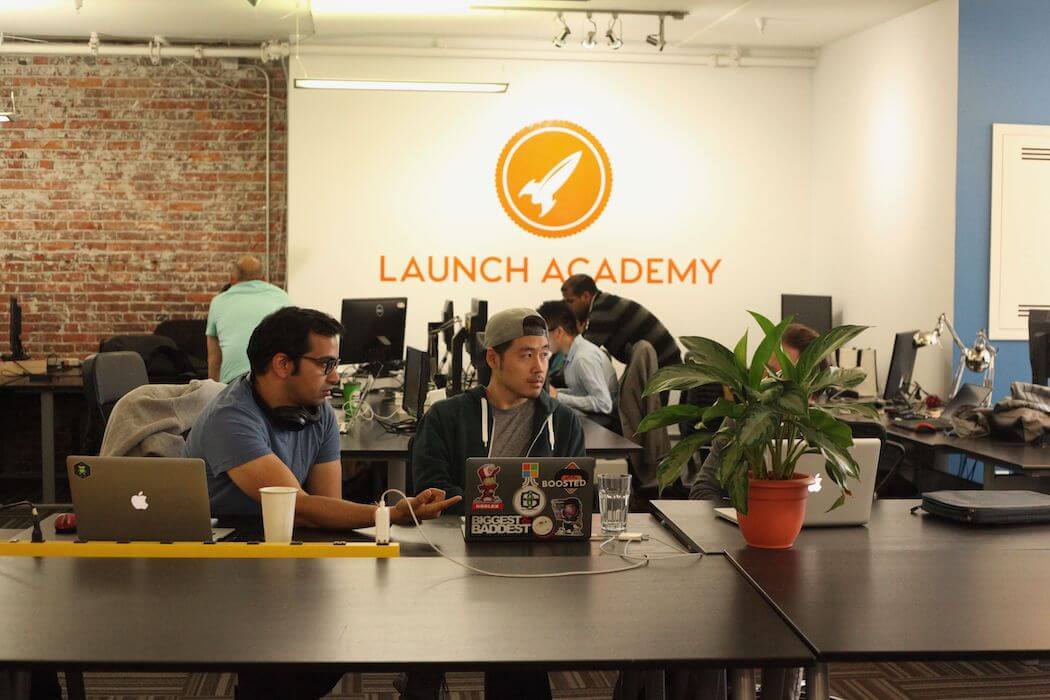 As Launch Academy modernizes its incubator program to fit a post-pandemic world, Vancouver is losing one of its longstanding physical hubs for innovation and incubation.

Launch has pivoted its previously in-person incubator program to a completely virtual model as the organization adjusts to the new world of work. The rejigging of its incubator model comes as Launch has also departed its physical space in downtown Vancouver.

Launch is set to announce today that applications are open for its revamped program, after running what it called a closed beta version of the program last year when COVID-19 forced the shift to remote.

Launch is set to announce today that applications are open for its revamped virtual program. LaunchPad will offer up to 50 percent off to the first 100 companies to be accepted.

A non-profit organization created in 2012 to support tech startups, Launch’s main program is its LaunchPad incubator. Over the last nine years, Launch has incubated over 6,000 entrepreneurs and reports 300 of those growing beyond the seed stage and collectively raising over $1.2 billion in funding. Launch’s alumni include the likes of Thinkific, which went public this year on the TSX and surpassed a $1 billion valuation. Launch also offers other programs, including Startup Visa and Maple, which provide programming for companies looking to expand to North America.

The hub is founded and run by serial entrepreneur Ray Walia, who also helps operate a number of companies and organizations in Western Canada, including PlayWize and Victory Square Technologies. He is also the co-executive producer of Traction Conf.

Until recently, LaunchPad was run out of a 12,000 square foot space in Vancouver’s Gastown neighbourhood. Launch has now moved to a 3,000 square foot office space, where it will mainly house its own staff with the potential for some individual company office hours and hot desks – a much scaled-down version compared to the last nine years.

Despite the lack of physical space, the virtual version of the LaunchPad program continues to provide mentorship and programming to startups.

The virtual incubator will continue to provide networking and mentorship opportunities, programs around international scaling, pitching, hiring, fundraising, revenue generation, and more, as well as access to LaunchHub, an online portal with over $300,000 in perks and resources, including Amazon AWS, Microsoft Azure, Stripe, HubSpot, Zendesk, and Notion.

The LaunchPad incubator is a rolling program that allows companies to participate month to month or annually. In 2020, more than 17 startups at the pre-seed to Series A stage took part in the virtual incubator, with Walia telling BetaKit he hopes to see up to 100 companies join LaunchPad now that there are no physical limitations. As part of the relaunch, LaunchPad will offer up to 50 percent off to the first 100 companies to be accepted.

Launch, a non-profit, operates by collecting monthly and annual program fees from its portfolio companies, receiving some support from the provincially-backed InnovateBC, and sponsorship support from the likes of RBC, EY, and other partners.

Like almost all companies, Launch was forced to move remote last year amid the pandemic. However, the pandemic was merely the impetus for Launch to consider a virtual program. In an interview, Walia told BetaKit part of the decision to downsize and take LaunchPad virtual was related to a lack of government support.

Walia, who says he has personally bankrolled much of Launch since its creation, told BetaKit the organization received very little government funding, and none from the federal level, to scale and grow its programs.

“Two years ago I just kind of made a decision like enough’s enough, I can’t keep doing this financially myself and so I’ve kind of retooled how Launch will function and operate and started integrating my other for-profit businesses into the strategy,” said Walia.

The government funding Launch has received to date equates to around $100,000 each year from InnovateBC, according to Walia. Despite multiple applications to the federal regional development agency (RDA) Western Economic Diversification Canada, Walia claims Launch has never received federal support.

“If you want to have the most impact for early-stage entrepreneurs, you need to de-risk it for them, and a lot of that de-risking comes from limiting overhead costs and providing access and opportunities to resources that they wouldn’t normally get working from the basement or working from mom and dad’s garage,” he said.

“So that’s why Launch grew to become so popular and respected,” Walia noted. “Because we’re facilitating that, but, at the end of the day, that offset costs had to come from somewhere and it came from my pocket. And so, after those nine years, enough’s enough, we had to make the decision of ‘we don’t need the physical space,’ we can try to create this hybrid environment and work with companies virtually.”

The loss of Launch’s in-person incubator is the latest of several physical hubs to close in British Columbia over the last few years, which include Wavefront’s shutdown in 2018, followed by The Cube in 2019, and BC Tech Innovation Hub last year. BC Tech has attributed the closures in part to a lack of government funding. Wavefront and the Innovation Hub were both supported by the now-lapsed federal program Canada Accelerator and Incubator Program (CAIP).

Walia lamented the lack of federal funding for his and other early-stage programs but also noted the need for the BC government to step up its efforts as federal commitments usually come with the requirement for matching capital at the provincial level.

Unlike other provinces, BC’s government has often failed to prioritize the tech sector in the province. Its last two budgets notably lacked specific support for the sector.

The lack of support for early-stage programs and innovation hub support is also echoed by other leading members of BC’s tech sector, as well as a May 2020 report from British Columbia’s outgoing innovation commissioner, Alan Winter, which noted the province has made limited investments in innovation precincts.

“The province of BC should work with the federal government to catalyze, align, and co-fund key provincial cluster priority areas which would leverage dollars available from several sources such as the federal Strategic Investment Fund,” Winter wrote.

Despite concerns about government funding and early-stage investment, Walia called BC’s future bright, pointing to the influx of large tech companies to the province, such as Shopify, Microsoft, and Amazon.

“You do need a perfect mix of active government that wants to really stimulate the innovation ecosystem … but then you also need the anchor companies to provide partnerships, relationships but also a funnel of talent, because they’re going to be able to attract more talent to the ecosystem,” said Walia. “And [you] need the foundational infrastructure like incubators, accelerators that can help the earlier stage companies get off the ground and start getting connected and fostering innovation.”

“So, you need to have this perfect mix, and it really is an ecosystem all these different layers feed into each other,” the Launch CEO added. “But I think the problem in BC is some of the layers are neglected or missing.”

Some bright spots in the region of late include the province’s new $500 million CAD strategic investment fund, InBC Investment Corp., which will provide some venture capital to tech companies. Successes like Thinkific, Clio, and Dapper Labs also point to positive momentum.

The federal government is also working to open a regional development agency (RDA) dedicated to British Columbia. A group of 11 BC organizations are also currently involved in pushing the federal and provincial governments to fund a Western Canada Scale-Up program, similar to the one in Ontario, which provides funding to Communitech, Invest Ottawa, and MaRS.

Walia sees Launch continuing to play an integral role in building the BC tech ecosystem and connecting enterprises. He also pointed to the hub’s potential to make international connections, to help Canadian companies scale as well as bring international companies to BC.

“I think the future really is an organization that’s really for entrepreneurs by entrepreneurs. And for the last nine years, … [Launch has been] instrumental in a lot of tech success,” he said. “[And] those entrepreneurs are still very well connected to each other and so that relationship and that camaraderie has helped elevate the ecosystem. So we want to continue to do that … given the changing landscape of how the ecosystem will function with a hybrid workforce.”

“It’s really about thinking more globally and being more of an international conduit than just focusing on being an incubator just for the City of Vancouver,” said Walia.

TechToronto, one of the biggest tech events in the city, is ending the year with a bang. Taking place December 7th with an expected…