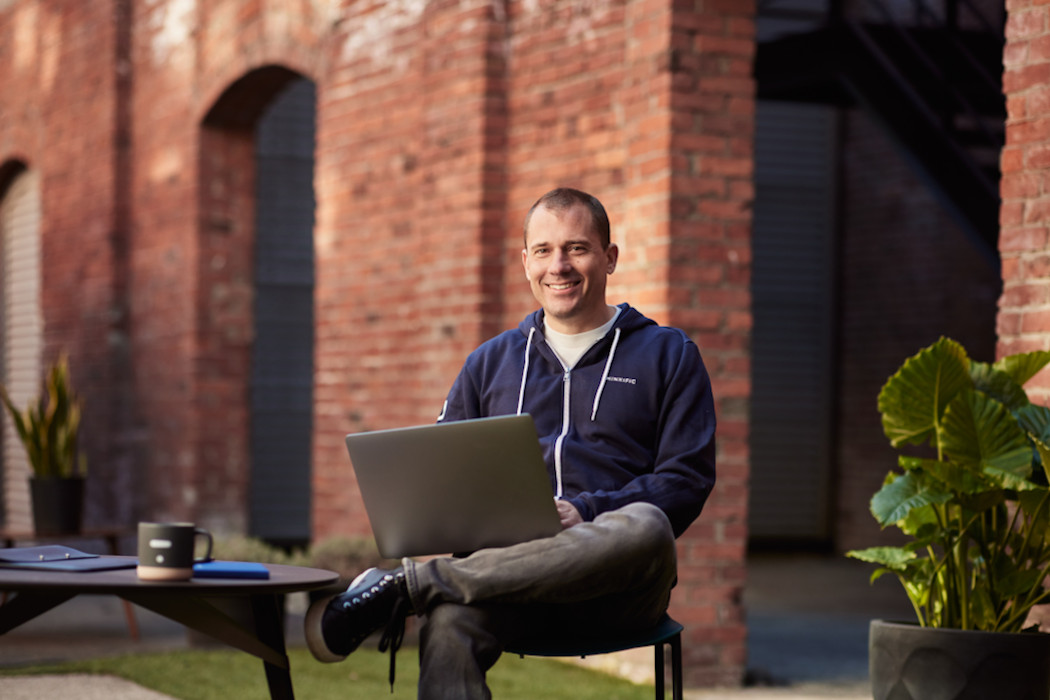 Earlier today, Thinkific closed its initial public offering (IPO), raising $160 million CAD, and began trading on the Toronto Stock Exchange under the symbol ‘THNC.’ The company told BetaKit the offering gives it a valuation of over $1.04 billion.

“There’s just such a huge opportunity for us to go out and help more entrepreneurs and small businesses.”
– Greg Smith, Thinkific

“There’s just such a huge opportunity for us to go out and help more entrepreneurs and small businesses,” Smith told BetaKit in an interview. “The market forces really were already there, like the rise of the entrepreneur and the whole course creator economy.”

Thinkific offers cloud-based software that helps entrepreneurs and businesses launch, grow, and diversify their businesses by creating and selling online courses and other learning products through its platform.

“We’re a pretty data driven company and so we went for some early feedback from investors to see where we’d land, and being north of that billion dollar mark in terms of valuation for market cap seems to be a pretty magic number in capital markets,” said Smith. “Knowing that we had pushed past that mark was a big milestone that said ‘okay, it might be time to go public and really strengthen our balance sheet and put it to work in terms of growing this opportunity.’”

Prior to co-founding Thinkific in 2012, Smith helped companies go public as a capital markets lawyer. “Going through it [now] as a company and as a leadership team is totally different, and so having those advisors around you to guide you and give you good advice, there’s no replacement for that,” said Smith.

Before Thinkific, Smith created his own LSAT course. “We started building Thinkific both to solve our own problem but also because we immediately had other people reaching out who wanted to do the same thing, they wanted to build their own course on their own site, under their own brand,” said Smith.

Thinkific has experienced significant growth over the past few years, especially during COVID-19. The company began last year with 100 employees and grew to about 300 today.

“We’ve seen this whole industry of creating content and teaching others online, and adding that as a business model, just explode.”

Smith attributed Thinkific’s growth to three key market forces: the rise of the creator economy, which he said is heavily driven by social media; the growth of entrepreneurship amid COVID-19; and trends related to the future of work, as people look to upskill both personally and professionally.

“We’ve seen, time and again, entrepreneurs who are doing better through COVID than they were even before COVID,” said Smith, who added that a lot of entrepreneurs have started making or taking online courses during the pandemic, which has created associated growth in demand for Thinkific.

“It used to be if you were an empty nester sitting at home on a weekend and wanting to pick up a new skill, you’d wait for September for a night class at community college,” said Smith. “Now, people just hop online, and maybe their first step is Google and YouTube, and then, next thing you know, they’re in an online course, and by the end of the weekend, they’ve picked up a whole new hobby or skill.”

Over the last decade, he said, “we’ve seen this whole industry of creating content and teaching others online, and adding that as a business model, just explode.”

“What I see in the future, extending that trend out, is an opportunity where every single business has the ability to use education as a driver of growth,” said Smith. “I don’t think we’ll see the exact same growth rate we saw through COVID, but it’s not going to be a big retraction.”

Despite a recent, slight dulling in public markets, Smith said Thinkific saw consistent investor demand throughout the IPO process. “We’ve seen that really from about 2015 when we took our first cheque from Rhino Ventures,” he said.

“I think they see the size of the opportunity,” said Smith regarding Rhino’s most recent participation. The CEO added that Rhino has played an important role in Thinkific’s journey, from sitting on its board of directors, to helping the company with strategy, coaching, and recruiting.

“When you get in with an investor, it’s a very serious relationship, and I think when you’re early-stage founder, you’re looking for money, and sometimes anyone who’s willing to give you a cheque to help you grow your dream and your vision is attractive, and you don’t often realize I think how much you’re getting into a deep, long, meaningful relationship, and I certainly didn’t realize that,” said Smith.

Smith said Rhino has “always put the best interests of the company first, even if it was in any way detrimental to their own interests.”

In the near future, Thinkific plans to launch its App Store, and roll out Thinkific Payments, a new offering that Smith said will make it easier for Thinkific creators to sell more and generate more revenue.

Thinkific believes the company’s growth opportunity is significant, and thinks its long-term value will be greater if it focuses on growth.

The company is currently hiring, and aims to add 200 employees by the end of the year in software development, product manager and designer, and marketing roles.