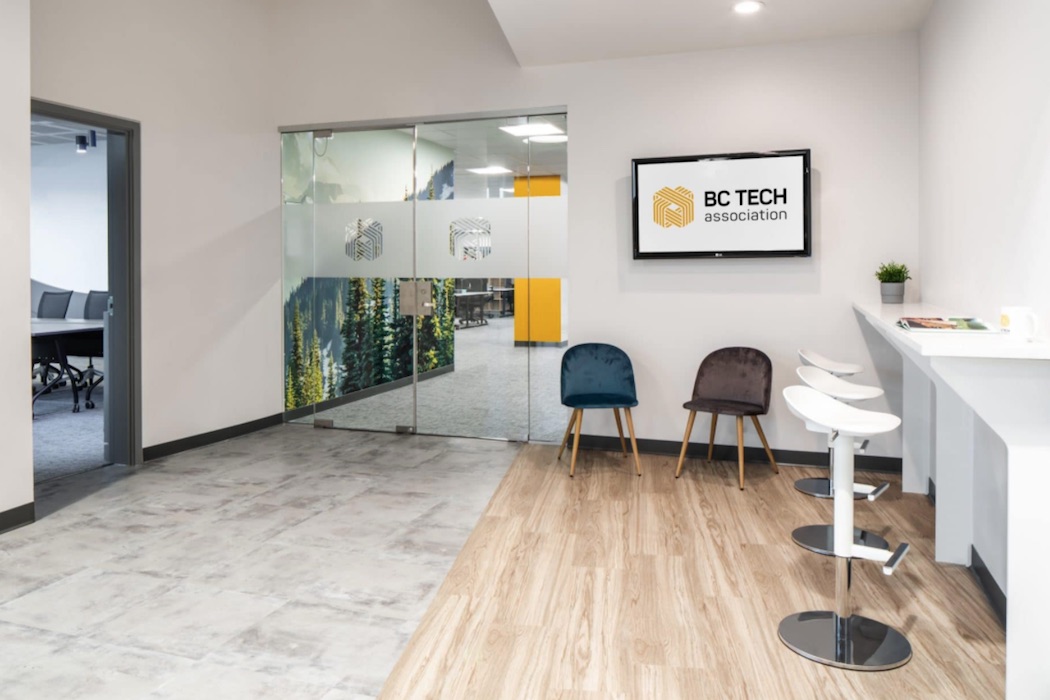 Earlier this week, the BC Tech Association announced the 26,000 square-foot BC Tech Innovation Hub is set to close at the end of November.

The hub was the association’s main physical outpost and housed regional startups. It was funded with a portion of the $10.4 million the federal government provided to BC Tech through the Canada Accelerator and Incubator Program (CAIP) in 2014. BC Tech’s CAIP money was spread across five years and ended in March 2019, following the government winding down the program.

“It feels like the innovation hub was really the heart of the community, and its loss is going to be challenging.”
– Jill Tipping, BC Tech

With the loss of its only physical space, the BC Tech Association has become a fully remote operation. The CEO of the BC Tech Association, Jill Tipping, told BetaKit the hub couldn’t be sustained without the federal government investment that had been keeping it open for six years. The association could no longer rental costs associated with the hub and did not qualify for the federal government’s rental assistance programs.

The BC Tech Innovation Hub had been open since 2014 and provided over 80 companies with workspace. The hub most recently had five startup tenants, which will no longer be housed there by the end of November.

In addition to the closure of the hub, BC Tech has paused its Growth Export and Scale programs, which were also funded through the CAIP money. According to Tipping, the programs “had to be put on ice” as a consequence of the lack of federal support.

Tipping claimed that BC Tech no longer receives any federal funding.

The BC Tech Association receives funding primarily from its members and corporate sponsors, as well as the Government of British Columbia and the federal government. In addition to the $10.4 million from CAIP, BC Tech received $1.5 million for its accelerator services and $750,000 for the innovation hub from the federal government’s Western Economic Diversification Canada (WD) in August 2019.

Tipping told BetaKit, BC Tech “stretched” that funding until September 2020, but all of its CAIP and WD funding has now been spent.

BC Tech did recently receive some federal funding as part of a $2.95 million Regional Relief and Recovery Fund (RRRF) investment. In May, the investment was made in partnership with the province’s innovation agency, Innovate BC, and BC Tech was one of several organizations that received the funding meant to help BC tech entrepreneurs cope with the economic fallout of COVID-19.

BC Tech received $300,000 from the $2.95 million RRRF injection in order to provide specific support via training, advice, and resources to tech entrepreneurs to help them recover from the impact of COVID-19.

Catherine Mounier-Desrochers, press secretary for Minister of Economic Development and Official Languages Mélanie Joly (the minister responsible for WD), told BetaKit over the past five years, the federal government has invested a cumulative $13 million to the BC Tech Association.

“The Government of Canada believes in the benefits of vibrant entrepreneurship culture, which contributes to a strong economy and creates good jobs,” said Mounier-Desrochers. “We know that incubators are an essential part to the development of a strong tech ecosystem.”

“WD and our government will continue to support the creation and delivery of projects that are of assistance to SMEs in British Columbia and across western Canada,” she added.
Tipping told BetaKit the closure of its hub won’t dramatically change BC Tech’s current programming and events because they had really moved virtually due to the COVID-19 pandemic.

“It feels like the innovation hub was really the heart of the community, and its loss is going to be challenging,” Tipping told BetaKit. “But we have to focus on the future, and think about what we can do next, and find a way to continue to help the community to come together.”

This is the second major BC Tech hub closing in the last two years due to a lack of government funding. In 2019, the BC Tech Association also shut down The Cube, an incubator for startups specializing in computer-generated simulated environments. At the time, the organization attributed the decision to the provincial government not contributing to its share of funding as part of the matching agreement with the federal government.

Regarding the latest shutdown, Tipping claimed BC’s provincial government made an effort to convince the federal government to continue the funding. Tipping told BetaKit Minister Michelle Mungall, then-minister of jobs, economic development and competitiveness, wrote a letter of support on BC Tech’s behalf.

When asked whether there would be layoffs associated with the hub’s closure, Tipping said she is looking to retain all the people she can, but cannot make any guarantees, noting there will be a human cost to this closure.

“I just don’t think we can discount the importance of a physical space and a gathering place for the community. We’re going to do everything we possibly can to deliver that value proposition virtually. And then to try and find a way to continue to bring the community together.”

BC Tech is also currently involved in pushing the federal and provincial governments to fund a Western Canada Scale-Up program, similar to the one in Ontario, which provides funding to Communitech, Invest Ottawa, and MaRS. The group, which consists of 11 innovation organizations, is seeking $31 million from WD to support high-potential companies in BC.

Tipping is still bullish on advancing the proposal for the federal government to provide the scale-up funding to the province.

“My 100 percent laser focus from now on is to secure the funding for the accelerator programs,” she said. “We cannot afford for this ecosystem to lose any more funding or any more momentum. We need to follow through and invest in the potential.”