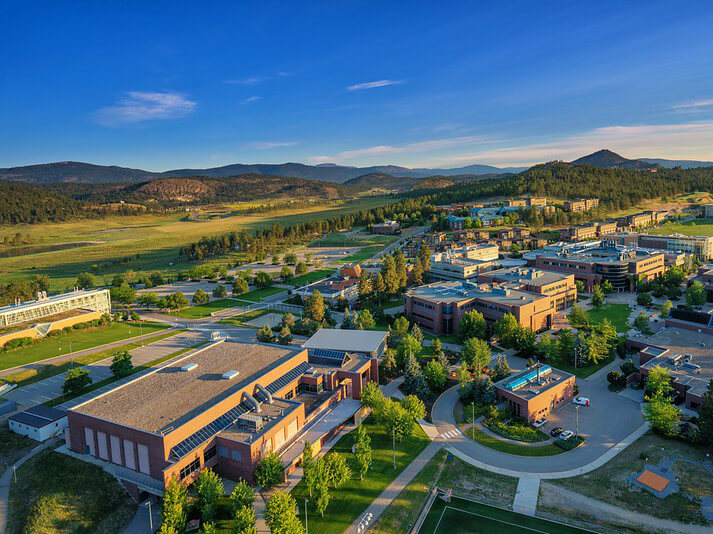 As the federal government works to develop a regional development agency (RDA) dedicated to British Columbia, a group of Okanagan-area politicians and economic development organizations are advocating for an office branch in Kelowna, BetaKit has learned.

The group consists of the Regional District of Central Okanagan, the Kelowna Chamber of Commerce, the mayors of Kelowna, Lake Country, Peachland, West Kelowna and the chief of the Westbank First Nation, the Central Okanagan Economic Development Commission, Accelerate Okanagan, and the region’s pandemic recovery task force. It argues an RDA would help Kelowna, one of Canada’s fastest-growing regions, play a key role in British Columbia’s (BC) post-pandemic recovery.

“We have the infrastructure or [the] recipe to punch above our weight.”

“We have the infrastructure or [the] recipe to punch above our weight in the community,” said Corie Griffiths, director of economic development at the Regional District of Central Okanagan (RDCO) and the chair of Accelerate Okanagan.

In its fall economic statement, the federal government said it was exploring the possibility of creating an RDA specifically focused on BC. The province has previously fallen under Western Economic Diversification Canada (WD), which also covers the three Prairie provinces. When it becomes operational, the BC RDA will be the seventh such federal agency. In January, Minister of Economic Development and Official Languages Mélanie Joly launched a virtual engagement tour on the topic of the RDA.

The BC RDA is meant to recognize that the province’s economic challenges, especially during and after the pandemic, are distinct from the ones the Prairies face. “Creating separate agencies for British Columbia and the Prairies enables a greater focus on the diverse economic drivers and conditions across western Canada,” Catherine Mounier-Desrochers, Joly’s press secretary, said in an email. “The new RDA would provide targeted investments that build on BC’s strengths and grow the regional economy.”

The greater Kelowna area — stretching from Lake Country in the north to Peachland in the south — is one of the fastest-growing cities in Canada, with a 1.9 percent population growth between 2019 and 2020, equating to an increase of roughly 4,000 residents, per a January Statistics Canada report.

While the Okanagan’s economy has historically been made up of agriculture and tourism, thanks in part to its world-renown wineries, tech has recently emerged as a significant sector in the region. According to the RDCO, it has grown 15 percent year over year since 2013 and currently generates an economic impact of more than $2 billion. More than 700 tech companies in the region employ over 12,000 people.

Griffiths said the city has demonstrated it can “amplify” federal funding and supports. She pointed to the federal government’s January announcement that it would give $1.9 million to University of British Columbia’s Okanagan campus for a clean-tech innovation hub, as well as WD’s $4.5-million regional relief funding to Community Futures, and the Kelowna Innovation Centre, a partnership between WD and other levels of government and industry.

“For us, it’s not as much [about] the competition of where this [office] may land in BC, but that it’s the right model in BC,” she said. “BC has a rich ecosystem in R&D, business supports and it’s considered best in class for its entrepreneurial accelerator network. And then Kelowna specifically…[is recognized] as the entrepreneurial hotspot in Canada, there’s a significant amount of demonstrated connectivity between industry, academia and governments, and then we have talent here and organizations that are continuing to fill that talent pipeline.”

Innovate BC president and CEO Raghwa Gopal said he thought Kelowna “makes a lot of sense” for an RDA office location.

“This is a good sign they’re realizing, ‘okay, we need to focus on BC and put boots on the ground.’”

“If you look at this particular area, for the last 50 to 100 years, it was based on agriculture and tourism. But the combined economic impact is about $2 billion,” he said. “Tech has just really started to take shape here over I would say the last 10 years…it has grown to a point where it’s become one of the largest sectors in this region.”

Joly’s consultation tour kicked off with a panel discussion hosted by the Greater Vancouver Board of Trade, and is currently consulting with provincial groups and several mayors and chambers of commerce about BC’s specific needs and the format of the future agency. Mournier-Desrochers didn’t provide a timeline for the consultations or a prospective date for when the RDA could be up and running.

Conversations to date have highlighted BC’s interest in attracting investment in climate, social purpose and digitalization-focused businesses and initiatives, the importance of tech to the provincial economy and how to measure the success of RDA programming beyond GDP — looking at other measures such as rent, housing and childcare affordability in different communities.

“At this point, I think they’re kind of in the listening stage ahead of redefining what it will be,” said Vancouver Economic Commission acting CEO Eleena Marley, who has taken part in ministerial roundtables. “Ultimately it will mean there’ll be more regular and meaningful engagements between BC and [the] federal government, and ultimately as well we’ll be able to have funding directed more specifically.”

In January, Minister of Economic Development and Official Languages Mélanie Joly launched a virtual engagement tour on the topic of the RDA. (Image Source: World Economic Forum via Flickr)

Brian Buggey, director of corporate and sector development at the VEC, said that while the province’s urban areas are particularly focused on building the future economy, other areas of BC, with economic roots in the natural resources sector, will have different challenges and priorities.

“I think one of the things we’re going to see emerge is the need for regional offices to represent those regions. We don’t know where the offices are going to land, but WD only has an office in Vancouver, so the new RDA will have offices throughout the province, which I think will give them a better sense of what to expect in terms of feedback from different communities.”

The ministry is reportedly considering a hub-and-spoke model for the RDA, with Victoria and Kelowna floated as potential spoke office locations.

Griffiths said the minister has responded with “a lot of interest” to the Okanagan groups’ communications.

“The only thing I could speculate on is, what about Kamloops? What about Prince George? They’re probably in a more dire need, it’s a tougher economy up north, and perhaps it makes political sense to have offices up there as well,” Buggey said. “Kelowna certainly has quite a successful, robust, even a technology-based economy, so the needs are different.”

Mounier-Desrochers said that “while it is too early to confirm geographical locations for any new BC RDA offices, we recognize the importance of striking a balance between rural communities and urban centres, as well as considering the needs of regions and sectors within the province.”

Griffiths said the minister has responded with “a lot of interest” to the Okanagan groups’ communications. “Minister Joly…is asking academia, industry and those organizations like Accelerate Okanagan, ‘What does your community, what does BC need, to ensure the development of the RDA is right?’”

Gopal said he expects the RDA will be particularly helpful for tech companies in sectors where BC already has an edge, particularly clean tech, artificial intelligence and quantum computing. The province has 13 of the world’s top 100 clean-tech companies, and roughly 100 AI companies. “The sector is growing pretty fast and any type of support those sectors can get is a huge boon.”

Dan Burgar, president of the VR/AR Association’s Vancouver chapter and the co-founder of Shape Immersive, told BetaKit that while his organization and some members of BC’s “innovative tech communities” haven’t been part of the consultations to date, he was cautiously optimistic about the RDA and hoped it would herald more funding for Vancouver’s VR and AR ecosystem, which is the second-largest in the world.

“In the past, a lot of funding would go to just Ontario and Quebec but not westward. This is a good sign they’re realizing, ‘okay, we need to focus on BC and put boots on the ground.’”

The development of the RDA comes as 11 BC innovation-focused groups are lobbying for the federal government to bring the Ontario-focused Scale-Up platform out west, with an ask of $31 million to support high-potential companies in the province. According to Jill Tipping, CEO of the BC Tech Association, which is involved in lobbying, the groups continue to receive positive feedback from both provincial and federal governments.

“We’re very hopeful that the partnership approach of bringing the BC innovation ecosystem together with a shared ask, the policy alignment with what’s been successfully deployed in Ontario and the BC government’s focus on helping home-grown companies to scale will be strong tailwinds to get ScaleUP BC funded in Budget 2021.”

The fall economic statement that proposed the new RDA also announced a proposal to increase funding for the Regional Relief and Recovery Fund to $2 billion, up from $1.5 billion. The fund was initially announced in April 2020 and is intended to support regional and rural businesses that may not have existing relationships with financial institutions, or don’t qualify for other federal relief programs.

As of February 5, WD had provided nearly $427 million in funding from the RRRF to more than 7,400 businesses and organizations in BC and the Prairies, nearly 45 percent of which were in rural areas and 30 percent of which are owned by women. WD was allocated more than $800 million from the fund, including more than half of the $500-million top-up.

The world is rushing to vaccinate itself against COVID-19. But what about the other virus? The one that attacks a society’s ability to function….