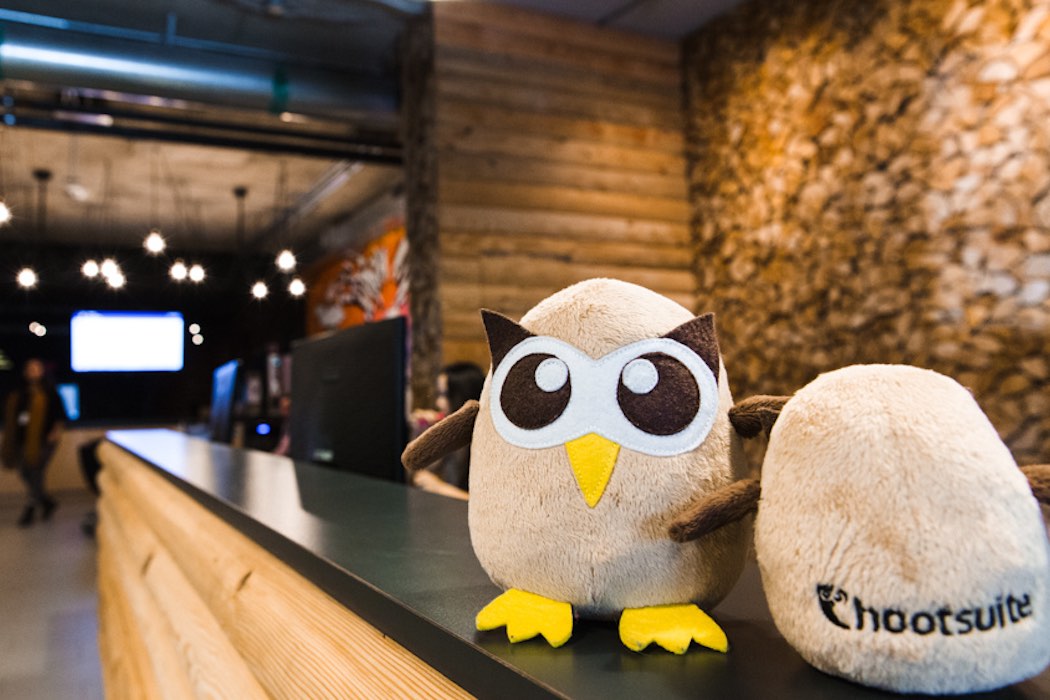 Hootsuite is finalizing its preparations to go public on the Toronto Stock Exchange before the end of the year, BetaKit has learned.

Sources with direct knowledge of the company’s plans, who asked to remain anonymous as they are not authorized to speak publicly, confirmed to BetaKit that the Vancouver-based startup hopes to IPO on the TSX by mid-December, with a target to raise $200 million CAD.

The Vancouver-based startup hopes to IPO on the TSX by mid-December, with a target to raise $200 million CAD.

Those sources indicated that Hootsuite is about to finish “testing the waters” meetings with prospective investors, possibly as early as today, prior to a final board decision to go public. In anticipation of that decision, Hootsuite has quietly revamped its board with new members to better act as a “public board.” BetaKit has yet to confirm the specific new members.

The social media marketing and management startup has been working with bankers for the last several months to build towards a public listing (TD and JP Morgan are jointly leading), following an acceleration in growth this year. Hootsuite currently sits north of $200 million USD in ARR, and is growing revenue at a rate of 20 percent annually; that number sits well above the single-digit growth the company saw last year.

That growth has been fuelled by a new CEO and a new target market. The company announced the replacement of Hootsuite founder Ryan Holmes in June 2020 with Tom Keiser, former chief operating officer at US-based Zendesk. Since joining, Keiser has acquired two startups, automated messaging platform Sparkcentral and chatbot startup Heyday, to expand Hootsuite’s social commerce and customer service offerings.

In an interview with BetaKit at the time, Richard Hungerford, Hootsuite’s vice president of corporate development and strategy, referred to the company’s two acquisitions as “foundational pieces” in its new strategy.

“Customer care and social commerce are at the top of our wish list,” Hungerford said.

“Social has become so mission-critical for the businesses that we work with,” Hungerford added. “It’s really become the place that our customers are going to discover products, to ask for reviews, to actually go and interact and have a customer care question, and then, ultimately, to buy those products.”

“That evolution is happening really quickly, and these are areas that we can get out in front and have the tools that our customers are looking for.”

Sources told BetaKit that Hootsuite is looking to raise capital through an IPO to make additional acquisitions in the social commerce and customer care space, with a preference for public financing over private funding.

At the moment, Hootsuite’s management team is locked in “testing the waters” meetings, which allow the company and its bankers to pitch investors pre-roadshow in an effort to garner feedback. Following their completion and board approval, Hootsuite plans to file an initial prospectus with the TSX by mid-November, with a fully-priced prospectus by the end of the month, and an IPO by mid-December. Sources told BetaKit the company does not anticipate the traditional ‘dead period’ in late November due to US Thanksgiving will inhibit its plans.

Following outreach from BetaKit, a Hootsuite spokesperson said the company does not comment on “rumours and speculation” as a matter of policy.

The expected offering is a long-awaited one after years of rumours that Hootsuite was eyeing the public markets.

Keiser told BNN Bloomberg earlier this year an IPO was “certainly an option,” but said the company’s business needed to grow at a rate of 25 percent each quarter before revisiting any such plans.

The IPO also comes after years of struggle for Hootsuite, which was once valued by research firm CB Insights at $1 billion USD. Focus and product struggles led to reports that Hootsuite was seeking a buyer, but could not secure a valuation higher than $700 million USD. No deal went through, and in May 2019, it was revealed that Hootsuite had laid off 100 employees, or 10 percent of its workforce.

Later that year, Holmes stepped back from his role as CEO and the social media company overhauled its executive team.

A December IPO would also cap off what has been a historic year for British Columbia tech companies. Venture capital investment has boomed in the province, which is benefitting from mature companies raising blockbuster rounds and exiting.

Galvanize is one such example, having been acquired for $1 billion USD; as is Dapper Labs, which continues to be a major draw for investors.

Hootsuite is following more closely in the steps of Thinkific and Copperleaf, which completed eye-catching IPOs on the TSX earlier this year.

With files from Josh Scott, Charles Mandel, and Meagan Simpson.