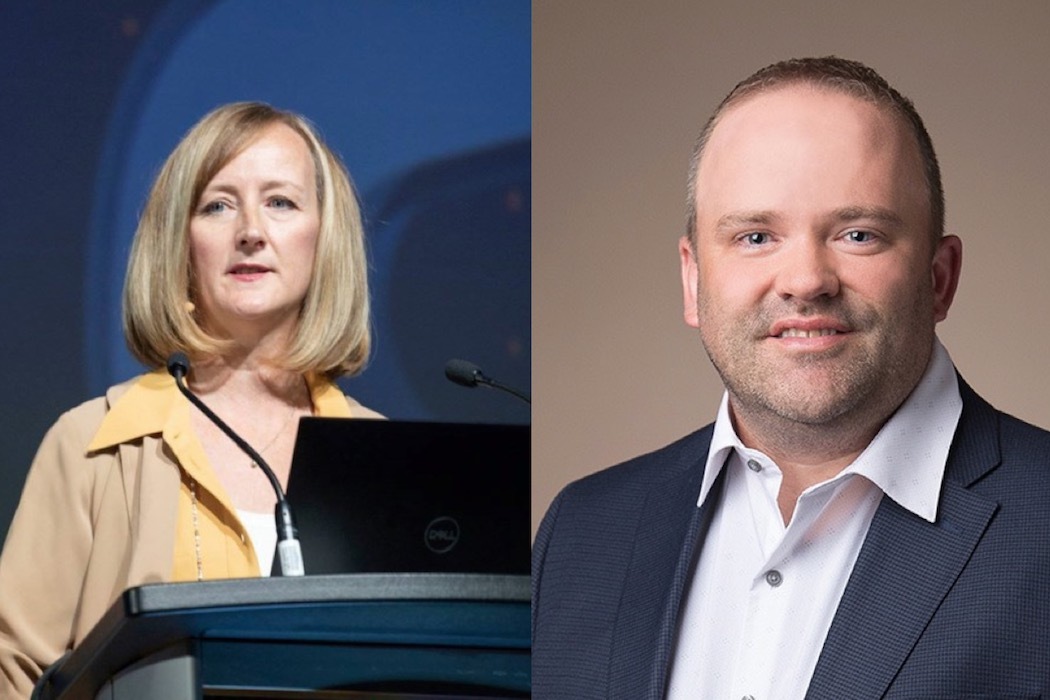 Six months after the deal closed, Galvanize is in the process of moving under the Diligent brand, bringing the two companies’ products together into a unified platform.

BetaKit spoke to Galvanize CEO Dan Zitting about the company’s road to a ten-figure exit, and what the future holds for the Vancouver-based firm.

“When I joined in 2011, many thought that [Galvanize] had missed [its] moment, that we were too old.”
– former CEO Laurie Schultz

Zitting entered the role of CEO this year, having served as a long-time executive at Galvanize and playing a key role in transforming it. His primary role has been chief product officer, working for approximately a decade under former CEO Laurie Schultz.

Galvanize, first known as ACL Services, was founded in 1987 by Hartmut Will and his son Harald Will out of the University of British Columbia.

Schultz was brought in by the founders in 2011 to “re-invent” the technology, business, and culture of ACL. She told BetaKit she joined ACL when the company had largely been “written off” and BC tech was not “getting the attention it deserved.”

“When I joined in 2011, many thought that [Galvanize] had missed [its] moment, that we were too old,” Schultz said. “And indeed our culture had become a bit nine to five, our technology was old, and our business model was likewise old-fashioned.”

Schultz was named an EY Entrepreneur of the Year Award winner in 2019.

ACL then converted 90 percent of its roughly 6,000 customers to a subscription-based payment model and began raising external funding for the first time in its bootstrapped history. Schultz said her mission to “resurrect the business” also involved creating a stronger culture at the company.

“That was born on getting in the hallways, having a lot of frank dialogue with people, and giving them authorship over our destiny,” she said.

“A marriage made in heaven”

In 2019, soon after making its third acquisition, ACL rebranded to Galvanize.

Zitting explained that Galvanize initially did not have ambitions to sell, and Schultz said her ultimate ambition was to take the company public.

Galvanize had previously received $70 million USD through two private equity deals from Norwest Venture Partners, and given the COVID-19 pandemic’s favourable effect on SaaS valuations in Canada, the company sought to raise more capital in 2020.

“After 10 years, [I had] done what I was asked to do: transform to a billion-dollar outcome with an emphasis on culture.”

Once Galvanize began speaking with private equity investors, Zitting said “the word got out,” and more companies expressed interest in working with Galvanize, including Diligent.

Diligent helps board members of corporations, government organizations, and non-profit groups share information and collaborate at board meetings. With 60 percent of all Fortune 1000 companies as customers, Diligent already owns significant market share in the GRC space. But Zitting said Diligent’s customers were looking for more direct insight into the governance and operations of their businesses, an area where Galvanize was focused.

On the other hand, Zitting said Galvanize’s business and software had modernized over the last decade, yet the company lacked the “same access to power and influence” that Diligent has. He said the acquisition presented a “special opportunity” for Galvanize to accelerate its vision.

“Our ultimate sale to Diligent really is a marriage made in heaven,” Schultz added. “[Diligent] own[s] the board portal software space, which means that the risk professionals that were Galvanize’s customers now have access to 700,000 of the world’s most prominent leaders.”

A change at the helm

Zitting officially replaced Schultz as CEO when the acquisition closed at the end of April, following a month-long transition. However, he noted a succession plan for Schultz had been in the works for several years.

“What she had joined the company to do had been completed by then,” Zitting said, adding the acquisition was a “natural place” for her to step away from the company.

Schultz said it was difficult to leave but noted that she is ultimately proud of Galvanize’s transformation.

CEO Dan Zitting joined Galvanize after it acquired his company, Workpapers.com, in 2011.

She is now involved with several Vancouver-based organizations, serving as a board member at Boast.AI and Allocadia and working with local non-profits such as First United.

“After 10 years, [I had] done what I was asked to do: transform to a billion-dollar outcome with an emphasis on culture,” she said. “It’s time for me to now look at how I can leverage that experience with other organizations.”

Since the deal closed, Zitting has been focused on bringing Galvanize under the Diligent brand, which means integrating their products and rolling out a unified platform.

This unified platform will give organizations real-time visibility into their compliance and risks, but will also tell organizations other things, such as whether the business is operating ethically and sustainability. Zitting said sustainability and social justice are becoming increasingly important for businesses as the world shifts to an era where “an organization’s purpose matters just as much as its as its profits.”

Galvanize and Diligent have already begun rolling out the new platform incrementally, and Zitting expects the platform will be fully in-market by summer 2022.

Staying true to its roots

Though Galvanize has global offices, the company has been headquartered in Vancouver since its founding. Zitting noted that while Galvanize’s new parent company is highly global, he is proud of Galvanize’s Canadian roots and wants to tell the BC tech community that the newly combined company is “here to stay.”

“We’re excited to be an ongoing part of the tech community here,” Zitting told BetaKit. “I’m really proud of us for showing that we could grow a billion-dollar valuation software company headquartered in BC.”

Of Galvanize’s 500 employees globally, over half are based in Vancouver, and all have been retained following the closing of the deal. Vancouver is also now Diligent’s largest office, both in physical size and by headcount, and the company hopes to add 60 more roles in the city. Though Galvanize and Diligent are both operating remotely, Galvanize will retain its Vancouver office for hybrid work.

Schultz said she believes Galvanize has had an incubation effect on the Vancouver tech ecosystem and hopes to see at least 10 new local companies started by former Galvanize employees in the coming years.

The acquisition of Galvanize was one of a string of high-profile exits in the BC tech ecosystem. This year alone, Thinkific, Vanrx Pharmasystems, and East Side Games have also completed significant acquisitions or public offerings.

According to reports from Hockeystick and briefed.in, BC tech startups raised more than $2 billion in the first half of the year alone. Members of the ecosystem, such as BC Tech Association president and CEO Jill Tipping, have said this increased activity points to the region’s maturity.

“There was Hootsuite and a few others that blazed the trail, but I feel like several of us since have really validated that and shown the scale of software businesses that can be built in Vancouver,” Zitting said.