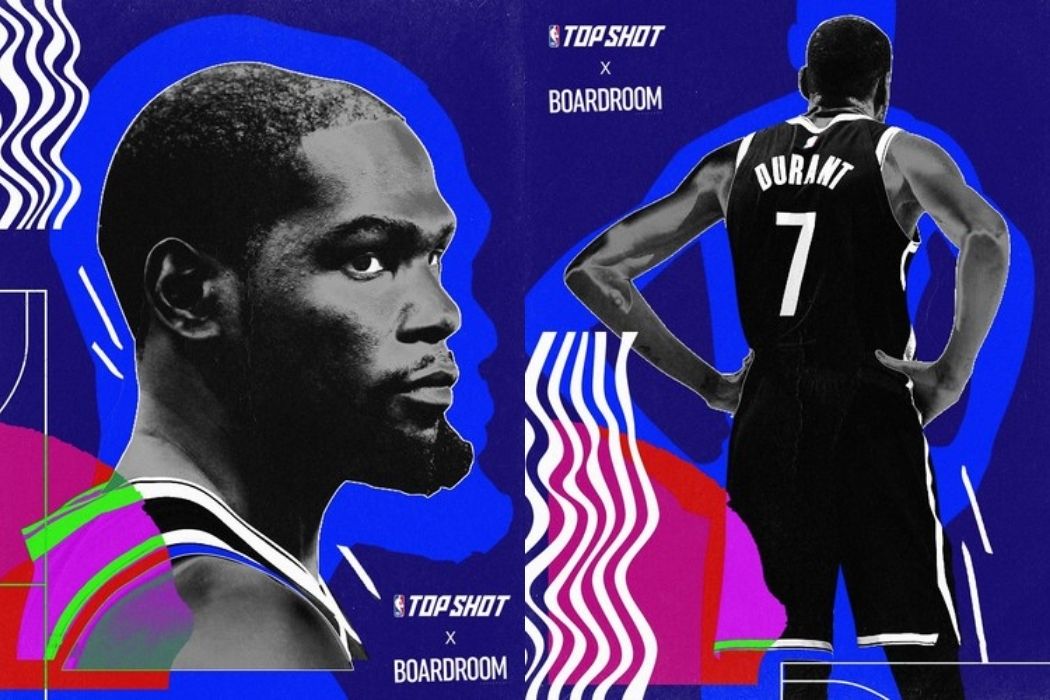 Founded in 2019, the same year that Dapper Labs first launched the NBA Top Shot, Boardroom is backed by Thirty Five Ventures—also founded by Durant and Kleiman—focusing on the business of sports with written content, social media campaigns, events, and more.

According to the company, its new partnership with Dapper Labs will be multifaceted, curating various “touch points” to bring Durant’s prominence in the sports industry to life in the NFT space across Dapper Labs’ NBA Top Shot platform. The deal will also include a creative development role for Durant and Thirty Five Ventures, where Durant will be creating NBA Top Shot “moments,” video content, and more.

Thirty Five Ventures currently has an investment portfolio with over 70 companies including Acorns, Coinbase, Dutchie, Overtime, Dapper Labs, Postmates, Goldin Auctions, and others.

With Boardroom and Dapper Lab’s integration, fans will be able to look to Boardroom for news and features on NBA Top Shot, giveaways, spotlights, fan to fan trading, and behind-the-scenes video content.

Using blockchain technology, Dapper Labs aims to leverage NFTs to bring new forms of digital entertainment to fans around the world. Since its inception in 2018, the company has been curating innovative methods of fan and consumer engagement with NFTs.

In early October, Dapper Labs acquired Los Angeles-based Brud, the tech startup behind Lil Miquela who is a virtual influencer with 10 million fans. Brud’s team will be tasked with launching and developing Dapper Collectives, a new business unit “with the mission of bringing decentralized autonomous organizations (DAOs) to the mainstream.”