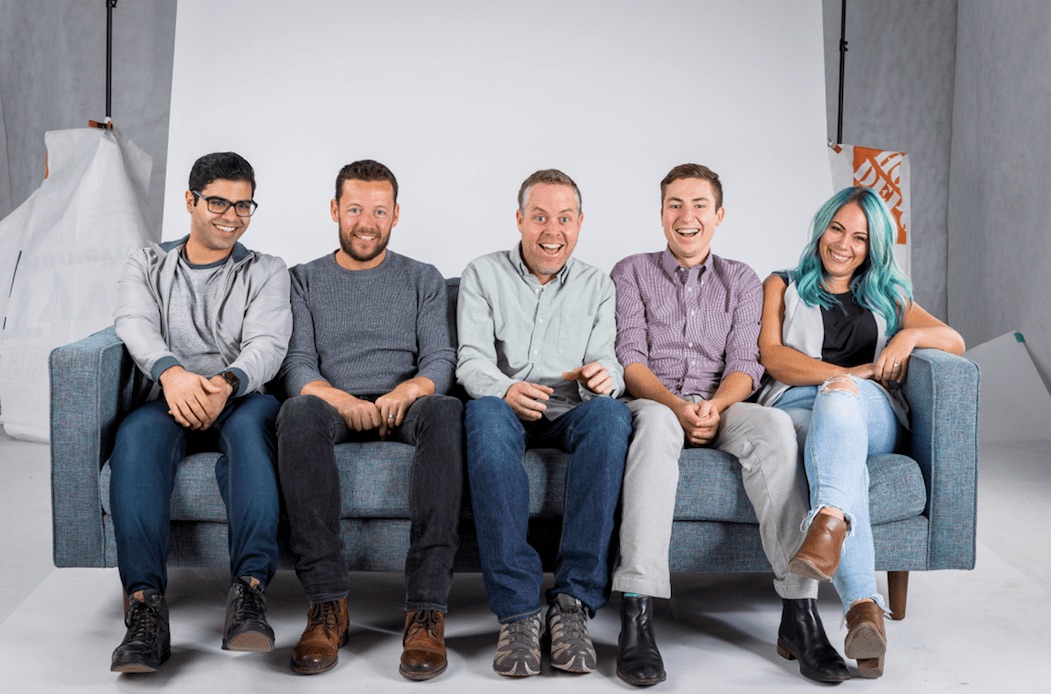 With six exits under its belt, including Thinkific’s $184 million initial public offering, Rhino Ventures is looking to take that success nationwide as it raises capital for its third venture fund.

The firm is hoping to close the targeted $100 million CAD fund before the end of this year, having secured Kensington Capital Partners as an anchor investor. Since starting its fundraising process approximately two weeks ago, Rhino Ventures has also received commitments from returning limited partners (LPs) and the founder of Thinkific, one of its most successful portfolio companies.

Rhino Ventures has invested in 20 companies through two funds, exclusively targeting startups in Western Canada. With its third fund, the firm is now looking to take its thesis beyond Western Canada and invest across the country.

Launched by Fraser Hall and Dan Eisenhardt, now CEO of sports tech startup Form, the firm began as the Vancouver Founder Fund in 2015 before rebranding to Rhino Ventures in 2019. Prior to Rhino Ventures, Halland Eisenhardt founded smart eyewear startup Recon Instruments, which Intel acquired in 2017 for $175 million.

The two founders created Rhino Ventures because of the pains of raising capital they experienced at Recon. Before launching the firm, Hall said the pair decided to investigate what was “really wrong” with venture capital. After surveying various facets of the fundraising process, the team ultimately concluded the problem comes down to who the VC’s customer is.

“I believe that [most] VCs’ customer is their limited partners,” Hall said. “It is not the entrepreneur.”

Hall said the duo wanted to create a venture fund that could be the kind of partner they wanted on the cap table as founders. To do this, Rhino Ventures’ approach would have to be laser-focused on entrepreneurs.

Now, most firms claim to make every investment a partnership, but at the very least Rhino’s approach has shown to be successful in recent years. Its portfolio includes a collection of startups that have tracked impressive growth, including Showbie, Article, SideDoor, and Klue. Of the 20 companies Rhino Ventures has invested in so far, six have exited, including Beanworks, Askott Entertainment, and Grow Technologies.

One of the biggest winners from the firm’s portfolio is online education platform Thinkific, which completed a $184 million IPO on the Toronto Stock Exchange in April and has a market capitalization of $1.29 billion as of Wednesday. Rhino Ventures first invested in Thinkific in 2016, leading the startup’s seed round of funding.

“Back then, it was contrarian to think that you could build a multi-hundred-million-dollar company, let alone a billion-dollar-plus business in Vancouver,” said Rhind. “So, I think we were relatively alone in that pursuit of acting at the very earliest stages and supporting entrepreneurs like Greg [Smith, co-founder and CEO of Thinkific].”

One of the biggest winners from the firm’s portfolio is Thinkific, which completed a $184 million IPO on the Toronto Stock Exchange in April.

When Thinkific went public, Smith told BetaKit Rhino Ventures played an essential role in the startup’s journey, supporting the company with strategy, coaching, and recruiting. He noted Rhino Ventures has “always put the best interests of the company first, even if it was in any way detrimental to their own interests.”

Hall said a crucial part of establishing and maintaining a strong relationship with founders is through transparency. Rhino Ventures publicly discloses the performance of its funds every quarter, which is exceedingly rare in the world of venture capital.

The decision to share Rhino Ventures’ performance is motivated by two factors. The first is to allow entrepreneurs to conduct their own due diligence on their investors before taking on new capital. Hall said portfolio growth is a critical metric that founders should be able to see before giving up equity.

Hall said he is also looking to “rock the boat” by sharing information on Rhino Ventures’ returns and encourage more venture firms to lift the lid on their own performance.

“You want to be transparent, just like you want your companies to be transparent with you,” Hall said. “We [investors] get to see everything that takes place within [founders’] companies when we do due diligence, and they get to know very little about us. It’s time for us to change that paradigm.”

Hall and Rhind are hoping to replicate the success of Rhino’s previous two funds at a larger scale. Not only is the firm hoping to secure roughly three times more capital, but also invest across the country. Rhind said the fund might invest outside of Canada, but most investments are likely to be in Canadian companies.

Rhino Ventures is also looking to expand deeper into verticals where the firm has seen success in its prior two funds, such as EdTech.

Fund III will continue to focus on early-stage startups, spanning pre-seed, seed, and Series A funding rounds. Approximately $45 million will be saved to provide follow-on capital to the portfolio’s top-performing companies.

Rhino Ventures has also recruited new talent to ensure the success of the fund. In May, the firm tapped David Hogarth, former executive director of investment banking at CIBC Capital Markets, as its third partner. Hall said Hogarth was involved on the banking side of Thinkific’s IPO, and will now focus on sourcing deals, managing investments, and working with portfolio companies through Rhino Ventures’ third fund.

Rhind said the recent blockbuster raises and exits that have taken place in Vancouver are signs the ecosystem is maturing. According to Hockeystick’s latest report on BC venture funding, the province’s startups raised over $1 billion in the first quarter of this year. The bulk of those deals took place in Vancouver.

Since expanding Rhino Ventures beyond Vancouver and across Western Canada, the team learned the need for high-quality capital is not a localized issue, Rhind said. Though Rhino Ventures’ third fund may be bigger and more far-reaching than its previous two, the firm’s core mission and commitment to founders will not change.

“What’s remaining the same is that the customer who we’re building everything for remains the entrepreneur,” he said. “They are still on the pedestal of absolutely everything we do.”