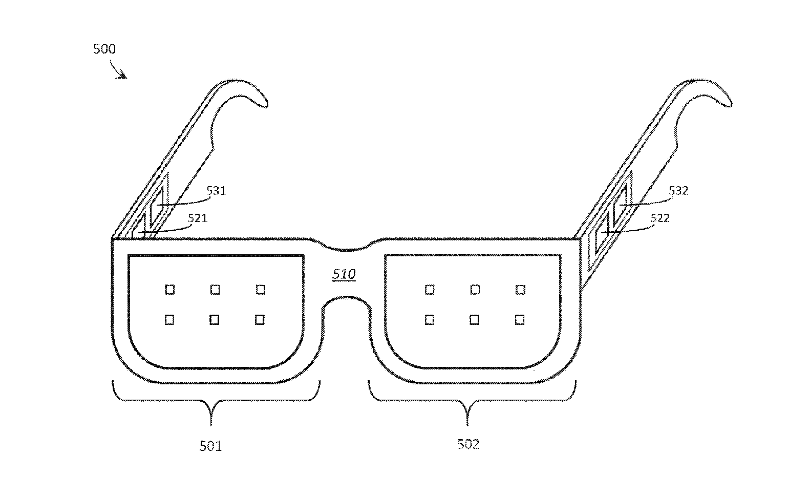 Filed between 2016 and 2017, the patents pertain to a “wearable heads-up display with integrated eye tracker” utilizing “optical power holograms.” All have been issued in the last few months, with two coming just yesterday. The issued patents are as follows:

In June 2017, BetaKit reported on the Canadian startup’s filing of patents related to wearable heads-up displays similar to Google Glass or the Sony Glasstron, which utilized photopolymers often used in holography. The issued patents listed above feature similar or identical descriptions. The patent application also described “curved holographic optical elements,” which is again referenced in one of the issued patents above. However, that specific patent application appears yet to be granted.

The company has been typically tight-lipped on the subject of its follow-up to the Myo gesture control armband, but co-founder and CEO Stephen Lake has dropped a few hints.

During its $158 million Series B funding round in September 2016, led by Amazon, Intel, and Fidelity Investments Canada, Lake told BetaKit the company would use the funding on new product development and “re-imagining human-computer interaction.”

In July 2017, Lake told CNBC that Thalmic’s next product would not be a newer version of the Myo armband, or use the same gesture sensor technology.

“We’re continuing down the path of this relationship between humans and technology, making the interactions with the technology around us more seamless and immediate,” said Lake. “Phones aren’t going away tomorrow, this isn’t a 2017 or even 2018 thing. I do think we’re going to see a huge evolution of these interfaces.”

Sources familiar with the product have confirmed to BetaKit that the patents are for Thalmic’s upcoming wearable device, and have revealed new information. While the product is a wearable with holographic technology, unlike Google Glass or Microsoft HoloLens, the device apparently does not look noticeably different from natural-frame eyeglasses.

The device will project a holographic image in the wearer’s field of view and track eye movement. Interaction with the images displayed will apparently come via a ring the user wears that can act as a mouse pointer.

One additional patent was issued to Thalmic yesterday, pertaining to “Systems, methods, and computer program products for interacting with electronically displayed presentation materials” (10078435). It was not originally included in this article, as it appeared unrelated, however, the patent for the display system includes mention of “a portable control device.” This portable control device “may include a gesture-based control device responsive to at least a first physical gesture performed by a user of the display system.” The gestures allow “a dynamic cursor to display over top of content on the electronic display.” This patent could pertain to functionality in Thalmic’s Myo armband, but also for its new device.

BetaKit has also learned of two caveats to Thalmic’s forthcoming wearable: the device must be face-fitted to a specific user for calibration. To do that, users will head into retail outlets operated by Thalmic to get fitted.

The Real Deal had previously reported in June that Thalmic was nearing a deal to open a retail space in Brooklyn. The Real Deal indicated that the company would fully occupy a two-story, 7,500-square foot building with 50 feet of frontage. Sources have told BetaKit that Thalmic also intends to open a retail location in Toronto as well. To fuel this retail push, Thalmic will almost certainly need to raise another large round of funding.

In June, Thalmic added Adam David Ketcheson as its CMO. Previously at Arc’teryx Equipment and The North Face, Ketcheson has both direct-to-consumer and traditional retail marketing experience. Ketcheson replaces Tara Kriese, who was brought in from Samsung in 2016, but lasted only a year with the company.

While the face-fitting and retail requirements might seem like potential stumbling blocks for a device company with little consumer public presence (even Snap’s Spectacles launch had the benefit of leveraging the interest of the company’s almost 200 million daily active users), it may also be seen as a big bet backed on the belief of compelling technology. BetaKit sources indicated that early adopters may get a chance to be fitted for devices in the coming weeks, leaving little time to wait and see if the bet will pay off.

Update (7:46pm EST 09/19/18): This article was updated with additional information on the functionality of Thalmic’s forthcoming product, as well as the company’s launch plans.

Thomson Reuters has released data based on the first six months of 2015, revealing that both the Royal Bank of Canada and Bank of…