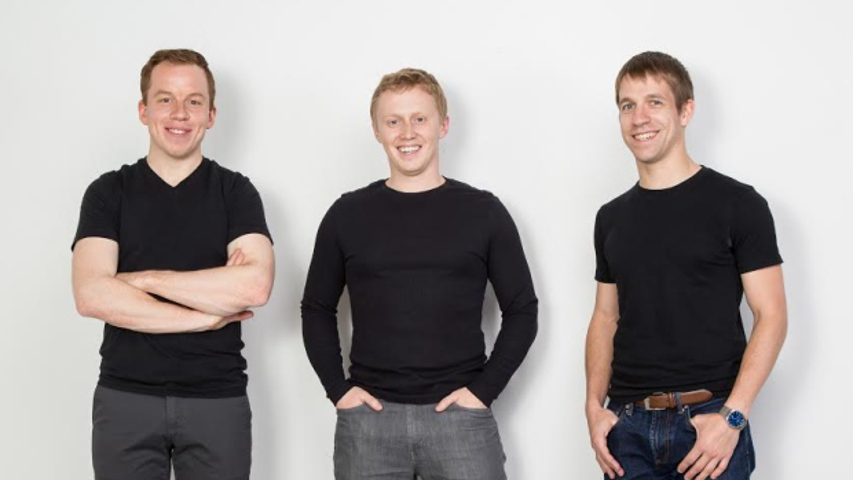 Thalmic Labs has filed a patent as it continues to work heads-down on its next product.

The filing describes a wearable heads-up display like Google Glass and the Sony Glasstron, and acknowledges that these displays have struggled to gain traction in the consumer market because of a lack of style, and an overall bulky look.

“The ‘display’ component of a wearable heads-up display is either transparent or at a periphery of the user’s field of view so that it does not completely block the user from being able to see their external environment,” it reads. “There is a need in the art for wearable heads-up displays of more aesthetically-appealing design that are capable of providing high-quality images to the user without limiting the user’s ability to see their external environment.”

A drawing of the lenses included in the patent filing

The summary references a “curved holographic optical element” that comprises at least one hologram recorded into a holographic film, and detailed descriptions of drawings included with the filing.

Thalmic has been mum on what it’s building since raising its $158 million Series B last year, saying only that it is “reimagining human-computer interaction.”

The company filed a patent in August 2016 referencing an “eyebox” which it described as “[a] user [being] able to see all of the content/imagery provided by the device.”

Ottawa-based cloud backup startup Rewind has acquired Berlin’s BackHub, as Rewind looks to expand the reach of its “backup-as-a-service” business. Rewind did not disclose…