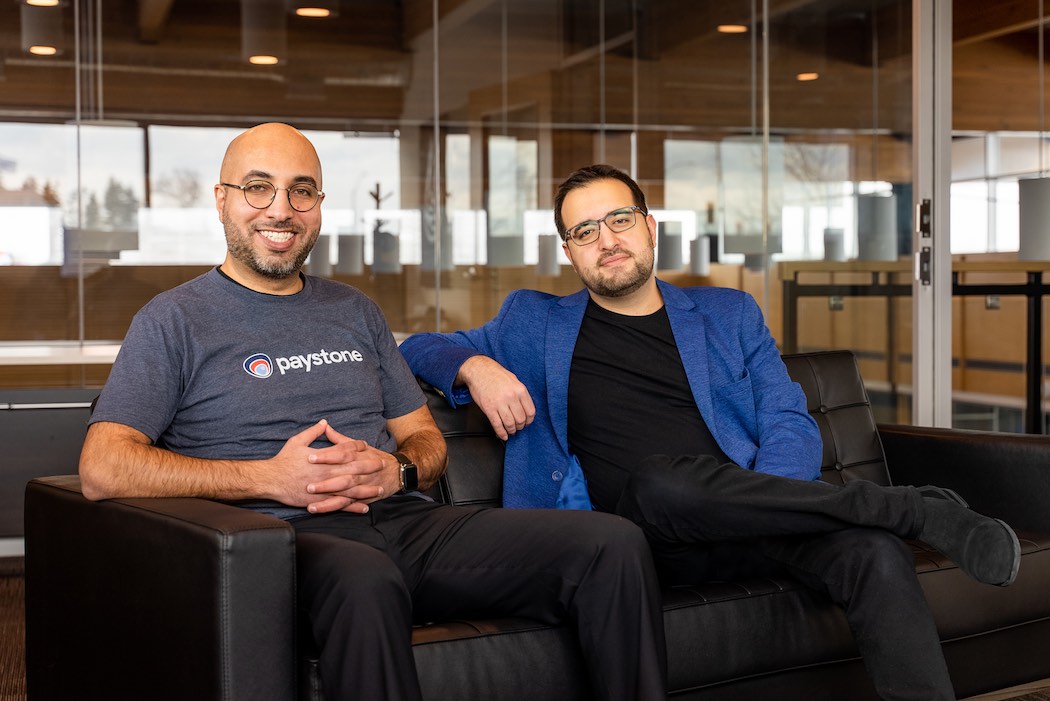 The financing consisted of both an equity investment and debt financing. With Paystone having already brought its products to market its CEO, Tarique Al-Ansari, classified the round as late-stage strategic financing. This brings the total funding to date for Paystone, which was founded in 2009, to approximately $100 million CAD.

The investors include the Canadian Business Growth Fund (CBGF) and National Bank of Canada. CBGF, Paystone’s first-ever institutional investor (previous investors have been angels and other non-institutional investors), provided all the growth equity capital, while National Bank provided the debt portion. Al-Ansari declined to disclose what percentage of the investment consisted of equity or debt.

One member of CBGF is joining Paystone’s board as part of the deal, although the startup declined to disclose who that new board member is.

Al-Ansari explained the startup looks to acquire companies that not only increase Paystone’s market share but also fill gaps in Paystone’s product roadmap.

Formerly known as Zomaron, Paystone develops payment processing solutions for businesses that are also aimed to help these brands engage customers. The startup officially went to market with its software in the third quarter of 2020, and now counts brands such as The Source, Booster Juice, and pharmacy chain Familiprix among its customers.

Rather than targeting brands that primarily offer online stores, Paystone goes after what Al-Ansari called service-oriented, “e-commerce resistant” businesses, such as restaurants, hair salons, and home service providers. These businesses may have an online presence, but unlike a Shopify or Lightspeed POS merchant, they do not sell a product with an online storefront.

Paystone’s software combines customer engagement software, such as loyalty programs, email marketing, and gift cards, with payment processing tools. The software is built for in-person transactions where the company sells payment terminals with its software built-in. It is also built for online transactions and can integrate with platforms such as Shopify and Lightspeed.

“Let’s say, you went to the salon and you paid for the service. At that checkout point, that’s when we capture you, as a loyal customer,” the CEO explained.

Paystone’s acquisition of DataCandy not only gave the startup a second headquarters in Montreal but also allowed the company to obtain the DataCandy gift card and loyalty platform, which is now a key component of its overall offering. The startup also rebranded to Paystone at the time of the deal.

Paystone is in the process of closing what would be its fifth acquisition to date. The deal was intended to close in December but was pushed to Q1 2021. The CEO did not provide details on that deal but noted the company was based “out west” and is in the marketing automation space. He noted that acquisition, if closed, could give the company a regional office in western North America.

Al-Ansari said the next step for Paystone is to add a solution as part of its product roadmap that can help businesses reward loyal customers for spreading the word about a specific business and getting more customers into a business’s “marketing flywheel.”

The COVID-19 pandemic has accelerated a global shift to cashless payments, with a MasterCard poll finding that 82 percent of respondents see contactless payments as cleaner than cash.

Though he declined to provide specific numbers, Al-Ansari said this larger surge in demand for digital payment solutions validated the market need for Paystone’s offering.

“[The rise in adoption of electronic payments] helped a lot with the awareness and just made things a lot easier because customers were really looking for what we offer,” he added.

In addition to executing on future acquisitions, Al-Ansari said Paystone is still focused on organic growth. The startup looking to grow its currently-100 person team by at least 50 percent this year.

This week, Calgary Mayor Naheed Nenshi was in Vancouver for Globe 2020, a forum devoted to innovation in the era of climate change. Nenshi…