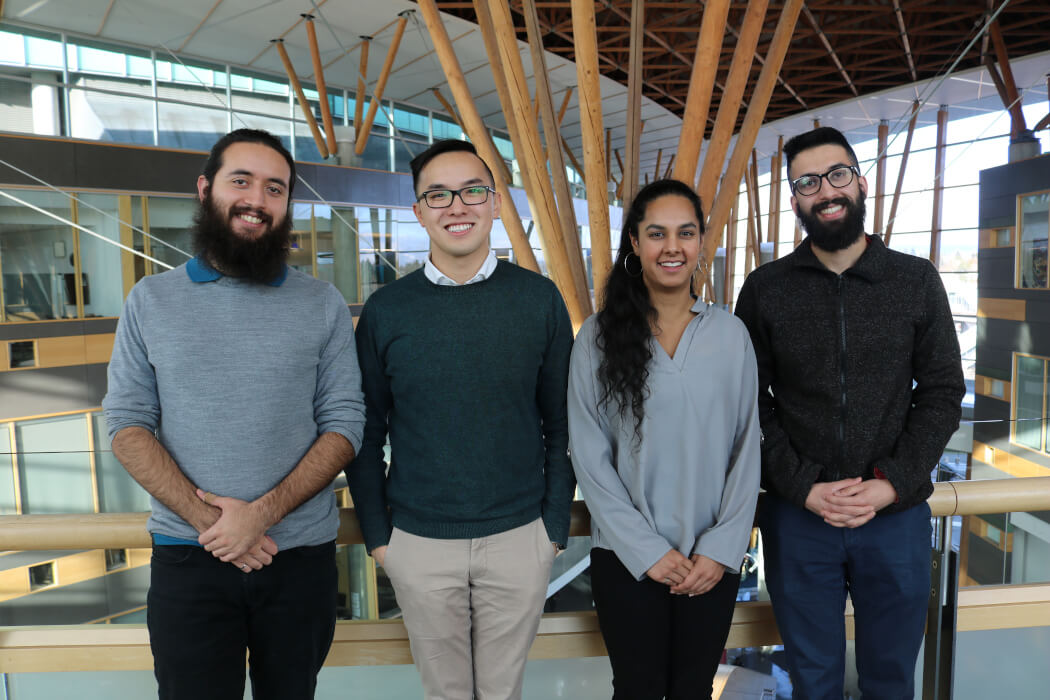 Fresh off of a grand prize win at the 2021 National Impact Investor Challenge and a third-place finish at New Ventures BC’s latest startup competition, Moment Energy plans to build on its momentum and use its seed funding to expand the reach of its energy storage solution.

Moment Energy’s mission is to repurpose all EV batteries for second-life use by 2030.

Moment Energy’s all-equity seed round, which closed in October, was led by Vancouver-based Version One Ventures and supported by Kitchener-Waterloo’s Garage Capital, Los Angeles-based Fika Ventures, and Boston-based My Climate Journey’s MCJ Collective. The capital brings Moment Energy’s total funding to date to over $3.8 million.

“We decided to raise mainly because we’re just ready to grow our team, and we felt like we were onto something once auto manufacturers started working with us,” Moment Energy co-founder and CEO Edward Chiang told BetaKit.

The company was co-founded in early 2020 by Chiang and three of his friends: COO Sumreen Rattan, CTO Gabriel Soares, and CPO Gurmesh Sidhu, four engineers who met in 2016 while studying at Simon Fraser University, where they built an electric race vehicle team. The group, which brings past work experience from Tesla, Apple, and Intel through internships and co-ops, aims to solve a “two-fold problem.”

“On the one hand, we have a large influx of EVs, where there’s going to be millions of batteries retired on the road in the next couple of years,” Rattan told BetaKit. “The second side is having an application for these batteries.”

According to Rattan, these EV batteries have an average of 80 percent remaining capacity when they are removed from cars. So when they are no longer capable of powering a vehicle, these batteries can still be used for less-intensive applications, such as energy storage. Enter Moment Energy, which repurposes these batteries as part of its energy storage systems, which the startup is currently installing in remote, off-grid commercial sites.

“That’s to help them reduce diesel dependency because that’s a huge concern right now, both environmentally and also cost-wise,” said Rattan. “It’s not a great solution for the long term to power their facilities, so we’re helping them wean off of diesel [and] have the infrastructure to bring in renewables such as solar and wind. It really ends up being a win-win situation there.”

Moment Energy is currently conducting three pilots with off-grid clients, in British Columbia, Alberta, and Manitoba. The startup launched the first in 2020, followed by the second two this year.

Within the energy storage solution space, Chiang described Moment Energy’s recycled EV battery-powered system as possessing a less negative social and environmental impact than new lithium battery-supported alternatives. “Our batteries have to be mined for lithium originally, but now, we’re circumventing the need to mine new lithium for this particular application, which is stationary storage,” he said.

Since its launch, Moment Energy has tripled in size, establishing an office and manufacturing facility in Port Coquitlam, British Columbia. On the production side, the startup upgraded from a 200 square-foot garage to a 5,000 square-foot facility, and now plans to expand to an even larger space as Moment Energy is already outgrowing its current location.

Within the off-grid market, Moment Energy is currently moving from smaller residential scale applications into the commercial space, where it aims to serve mining sites, aquaculture facilities, lodges, and remote communities.

Angela Tran, general partner at lead investor Version One Ventures, told BetaKit that over the past two years, the firm has been “super focused on backing founders who are tackling the climate crisis, and one way to do this is to reduce waste of what we already use.”

“As software investors, we sometimes shy away from solutions that touch ‘hardware”’ because of capital intensity … but in addition to being on board with the team’s mission of repurposing batteries to reduce waste, we believe Moment Energy is creating value by building a novel battery management system,” Tran added.

“What we’re building and aiming to build is the best battery management system for second-life batteries.”
-Edward Chiang, Moment Energy

According to Chiang, Moment Energy’s “bread and butter” is the battery management system (BMS) it is developing, which controls the charging and discharging of its batteries.

“What we’re building and aiming to build is the best battery management system for second-life batteries,” said Chiang, who described off-the-shelf BMS options as “pretty dumb,” as most are designed to manage new lithium batteries with 100 percent capacity remaining.

The CEO said second-life batteries tend to vary in quality, and “degrade very differently” depending on how they were used previously, and if the BMS doesn’t account for this disparity, it isn’t operating as efficiently as possible.

To address this problem, Moment Energy is using the data it derives from sites using its solution to develop a BMS that is better at managing different quality batteries, “extending the overall capacity but also the longevity” of its systems.

Moment Energy currently has 15 people on its team, and plans to hire four to five more engineers over the next few months and build out its marketing team to support its growth strategy.