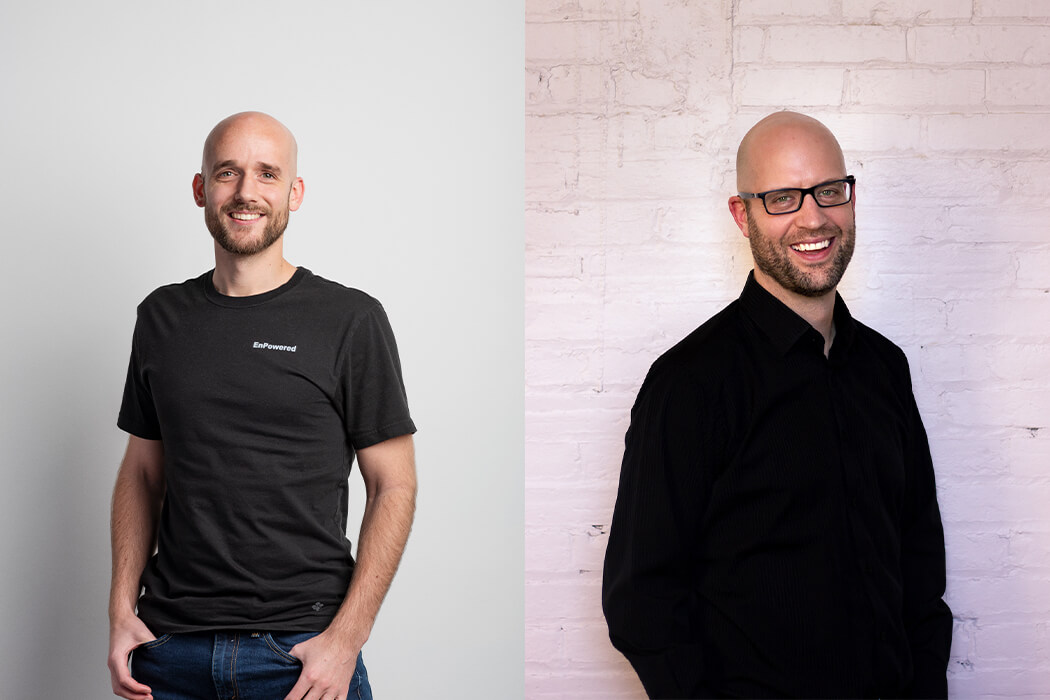 Kitchener-Waterloo-based startup EnPowered has announced $12.75 million CAD in seed financing to fuel the growth of its newly launched payments platform, which aims to boost the rate of cleantech project adoption.

EnPowered, which has its sights set on becoming the Stripe of the cleantech sector, plans to use the funding to take its offering to more markets in the United States (US). In an interview with BetaKit, EnPowered founder and CEO Tomas van Stee said the cleantech industry needs more startups, and his company aims to support them.

“The same way that Stripe is trying to grow the entire Internet … we’re trying to do the same thing in the world of energy.”
-Tomas van Stee, EnPowered founder + CEO

“If you want to find an analogy, the same way that Stripe is trying to grow the entire Internet … we’re trying to do the same thing in the world of energy, which is like, ‘hey world, this energy industry is insanely complicated, let us deal with the worst of this complexity, so that everyone else can start doing cool things,’” said van Stee.

This $12.75 million in announced seed funding consists of a $9.4 million Inovia Capital-led “seed-plus” round that closed in September, and a $3.35 million seed round co-led by Version One Ventures and Golden Ventures in February 2020 (EnPowered’s first venture financing to date).

Founded in 2015, EnPowered aims to boost the rate of cleantech adoption by reducing the friction associated with the sales process for its cleantech solution provider partners. The company is building a cleantech ecosystem designed to help these partners help their customers access their solutions.

Initially, EnPowered thought it could increase adoption of energy solutions, like light installations and building improvements, by facilitating energy savings through its platform.

EnPowered’s Programs offering helps customers save money on their electricity bills by monitoring spikes in electricity prices, prompting assets to shift usage to save money and decrease emissions. But after rolling out its Programs product in 2019, the startup quickly realized that increasing savings alone wasn’t enough to solve this issue.

“Cleantech companies are quoting projects all over the place,” said van Stee. “They’re finding tons and tons of great opportunities and they’re not happening because the customers don’t have capital, or they just don’t trust that this is a good use of their capital.”

Launched last month, EnPowered’s payments product aims to address this issue by allowing customers to pay for energy solution projects on their existing utility bills over a series of payments using savings from these initiatives. This allows companies to pay for capital-intensive energy projects over time with no upfront investment, through lower-priced or identical utility bills.

Over the past year, EnPowered has grown its team from seven to 46 employees, and expanded from operating only in Ontario to seven markets total, growing its customer base from just under 40 to just over 150 amid rising demand for cleantech solutions. The startup, which primarily serves companies selling energy hardware, has found a “sweet spot” in the energy-efficiency space.

The startup fuelled the development of its payment product through its 2020 seed round, which consisted of $2.6 million in equity and $750,000 in debt. Co-led by Version One Ventures and Golden Ventures, the startup’s financing also saw participation from First Star Ventures, Panache Ventures, and Union Capital Partners.

“The rate of cleantech adoption needs to shift into a higher gear, so being able to have finance partners, energy solution providers, and their customers all on the same platform is a huge step forward,” said Boris Wertz, founder and general partner at Version One Ventures, who joined EnPowered’s board as part of the round.

van Stee said EnPowered held off on announcing this funding because it wanted to have its full solution, which involves programs and payments, ready first.

Although EnPowered still has some of its initial seed funding left, van Stee said now that its payments platform is available, the startup needed more capital to expand its reach across the US, so the startup raised more funding in the form of an all-equity September seed-plus round, which led by Inovia and supported by Global Founders Capital and Active Impact Investments. Every EnPowered seed investor followed-on.

EnPowered’s seed-plus round was raised on similar terms but at a different valuation from EnPowered’s 2020 seed financing.

Armed with this fresh funding, EnPowered aims to accelerate its US expansion plans. According to van Stee, expanding into new jurisdictions is a time-consuming process. “We have to get licensed at a federal level, province or state level, regional level, and utility level,” said the CEO.

EnPowered has its eye on Ohio, where it currently operates, and New York, as primary markets. The startup also plans to move into states like Massachusetts, New Jersey, Pennsylvania, Texas, and California, which EnPowered has identified as a good fit for its platform from both a market size and regulatory perspective.

The startup aims to launch its solution in New York by early 2022, followed by other American markets by the summer. To support these plans, van Stee said he expects EnPowered to nearly double the size of its team to 80 by this time next year, adding that the startup probably won’t raise Series A funding until early 2023.

“Effectively, today, we have no direct competitors for the platform we’re building, and it’s largely on purpose,” said van Stee. “We’re trying to build a win-win-win for the entire ecosystem. And if we play our cards right, I hope that we will help hundreds if not thousands of other startups get built in this sector, because we need them.”