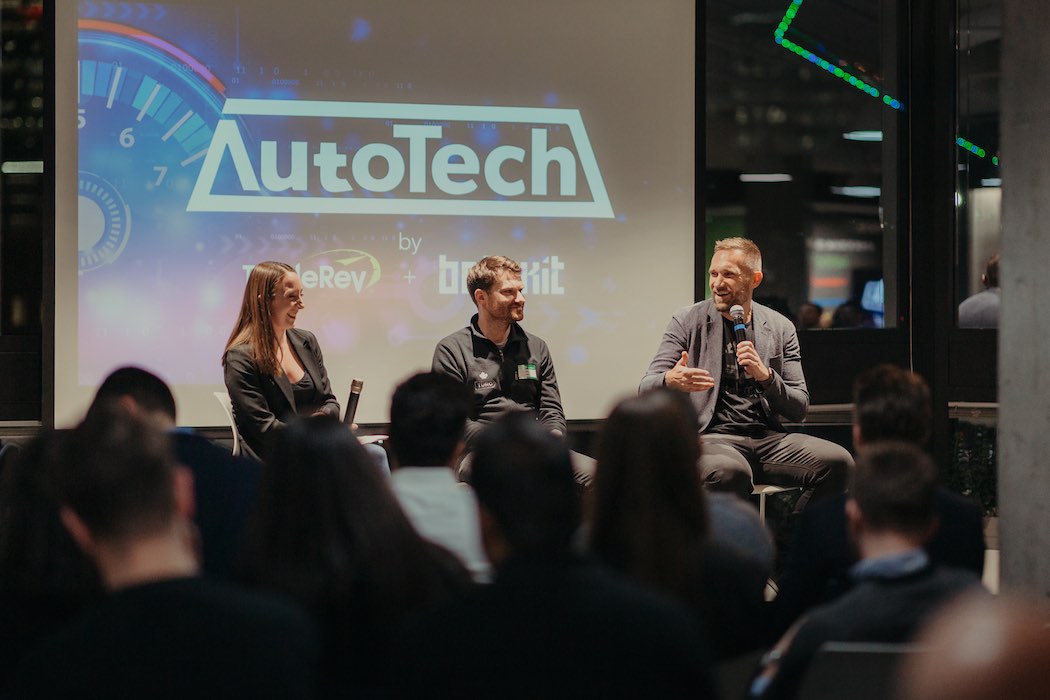 “I do think we have a role to play in making car-sharing more accessible.”
– Cedric Mathieu

TradeRev’s platform connects car dealers in North America to accelerate the process of moving wholesale inventory. Turo is a peer-to-peer (P2P) car-sharing company that allows private car owners to rent out their vehicles via an online and mobile interface. The conversation was hosted at TradeRev’s office in downtown Toronto.

Endras said a key change that has emerged in car ownership over the last year is the acceleration of subscription models. He claimed that due to the fact that a segment of consumers now prefers shorter-term commitments, software products for dealerships that enable subscription-based models for cars is something that will likely continue to grow. He noted that although a subscription model is more expensive on a per car basis than a traditional lease, and that the model is not for everybody yet, the demand for automobiles is still very strong.

“We keep thinking the market is dying [and] people aren’t going to buy cars anymore,” he said, noting that in Canada, two million new vehicles were sold in 2018.

RELATED: From ownership to sharing – the evolution of mobility in 2020 and beyond

Mathieu said the reason why many people don’t own a car is mainly for affordability reasons, but he added the private car and car ownership is not going to go anywhere. Cars will continue to be privately owned, he stated, but the key difference is that cars will be shared by many more people.

When asked about challenges in the car-sharing industry, Mathieu said challenges will depend on the type of car-sharing in question. He said Car2Go, a car-sharing company that pulled out of North America in December, has a business model that presents challenges.

“We plan [to] fuel the transformation of the actual retailing of cars.”
– Mark Endras, TradeRev

Another issue, Mathieu argued, is that many car-sharing models, like Car2Go’s, have been entirely designed for large urban areas. Large urban areas require a very large pool of supply units, increasing the marginal cost, he said, which means companies need a lot of demand to get a good return. A P2P model can make it easier to list a car on the platform from more physical locations, and Mathieu said this speaks to the potential and scalability of Turo’s model.

“I do think we have a role to play in making car-sharing more accessible and increasing the portfolio of options that people in rural communities have,” he said. “I think it’s a pretty powerful model because you only need a few cars in a city to then offer a car-sharing option that’s available to everyone in that city.”

Another notable industry change is the way people want to buy cars. Endras claimed that the rise of digital retailing in the automobile world is going to compress margins at dealerships, which occurs when the costs to make a product or deliver a service rise faster than the sales price of the product or service. This compression will require dealerships to move their inventory quickly and efficiently, he said.

“We facilitate all that and create efficiency, create transparency for the consumer, so they know what they’re getting for the trade,” Endras said. “We plan [to] fuel the transformation of the actual retailing of cars. We don’t actually get involved in the mobility space, but we see a lot of cars still being sold and we want to make that process, for dealers and for consumers, frictionless.”

Transforming that process from within and modernizing the experience means securing consumer trust. Endras said this change will require a cultural mindset shift for dealers, who will have to conduct business differently. He classified this as a B2B problem that many industries have when there are changes in technology.

Looking at what technologies will define the future of AutoTech, Endras said autonomy is going to drastically change how we think of cars. He said full autonomy is a “long way away,” but will completely transform the automobile market as well as periphery markets like insurance, as well as consumer behaviour.

Mathieu said the technological megatrends driving the automobile industry are connection, electrification, and autonomy. He said a connected car is actually just much easier to share, making it a more frictionless experience for the consumer. He believes the move to autonomous vehicles could reduce car ownership, but it could mean more people own “micro fleets,” which he said he would still boost the car-sharing market.