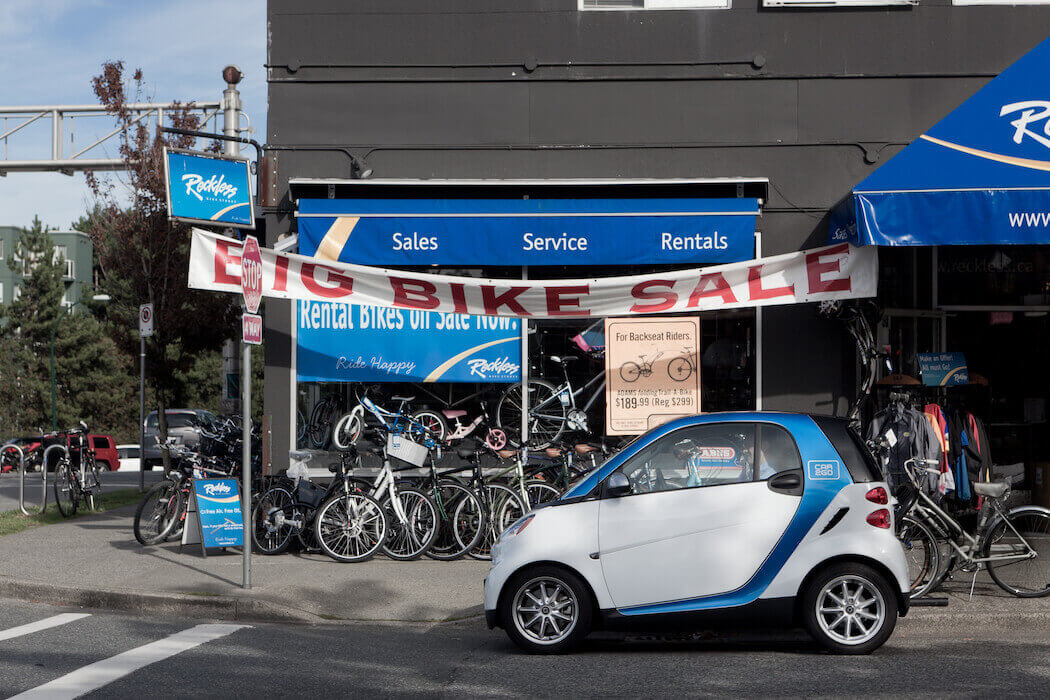 Global car-sharing company Car2Go, now know under the name Share Now, announced on Wednesday that it has decided to shut down its North American operations.

Car2Go became Share Now on November 12, when it merged with DriveNow. Share Now is a subsidiary of German automotive company Daimler AG, which names among its brands Mercedes and Smart Car.

“The decision to close North America was made based on two extremely complicated realities.”

News of the decision to shutter Share Now’s operations came on Wednesday when the company published a statement that it had “decided to exit the North American market and cease operations in London, Brussels and Florence.” The care sharing services are set to officially end in the new year, on February 29.

Once holding quite a significant presence in Canada, Car2Go had operations in Vancouver, Calgary, Toronto, or Montreal. The company pulled out of Toronto in 2018 citing new city rules and has been closing down many of its North American locations over the past month. In September Car2Go pulled out of Calgary and Austin, where it had first launched in 2009. The latest announcement will see the company leave Vancouver and Montreal as well.

In its statement, which was made in conjunction with its shareholders at Daimler AG and The BMW Group, ShareNow quoted two reasons it made the decision.

“The decision to close North America was made based on two extremely complicated realities,” the statement read. “The first being the volatile state of the global mobility landscape, and the second being the rising infrastructure complexities facing North American transportation today – such as a rapidly evolving competitive mobility landscape, the lack of necessary infrastructure to support new technology (including electric vehicle car share) and rising operating costs.”

ShareNow plans to focus its efforts on its remaining 18 European cities, noting that it believes those markets offer the “clearest potential” for profitability and innovation.

The news of the car-sharing company pulling out of North America comes just as British Colombia’s Passenger Transportation Board approved the first license for a ride-hailing company to operate in the region.

Green Coast Ventures was approved earlier this week to provide ride-hailing in the Lower Mainland, Whistler, and Vancouver Island. The company will focus on resort areas Whistler-Squamish-Pemberton-Lillooet and Tofino-Ucluelet, with future plans for expansion.

Following the long-awaited decision to move forward with ride-hailing or ride-hailing companies in BC, the board was set to begin handing out licenses in December. Uber and Lyft, who fought hard to be able to operate in the region have yet to receive license approval.