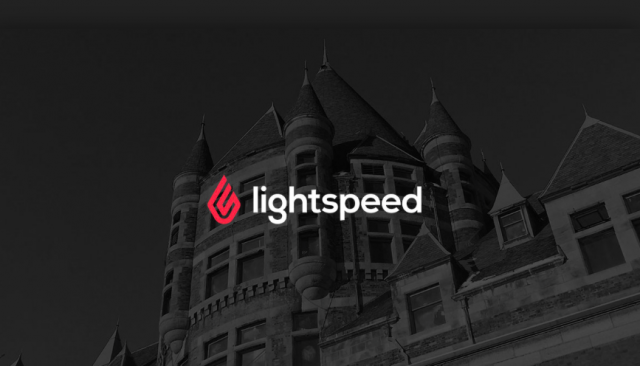 Lightspeed today announced the launch of a new payments system, Lightspeed Payments, to be fully integrated with its point-of-sale (POS) platform, eliminating the need for customers to use third-party payment providers.

This announcement comes as the Montreal-based company prepares for a planned IPO that is said to be happening sometime this spring. Lightspeed has been slowly preparing to go public on the Toronto Stock Exchange, adding former Google and OpenText CFOs Patrick Pichette and Paul McFeeters to its board of directors in November, as well as appointing its own new CFO Brandon Nussey in April.

Lightspeed Payments is now available for the company’s US-based retailers, and integrates with the company’s full POS and ecommerce platforms.

“Retailers are not only looking to make payment processing as seamless as possible to expedite checkout and optimize sales, but they want a solution that minimizes the time and effort required to manage operations so they can spend more time focusing on their customers,” said Dax Dasilva, founder and CEO of Lightspeed. “By providing SMBs with a comprehensive solution including fully-integrated payments processing, customers benefit from reduced complexity on both the front and back end of their business.”

According to The Globe and Mail, Lightspeed has been planning the rollout of its payment system for the past year, launching a pilot program with 200 customers in November.

The company has been revving up growth over the past couple of years, with a $207 million Series D round in late 2017 to help grow its international presence. Dasilva told BetaKit at the time that Lightspeed was eyeing 2019 for the launch of its IPO, but explained that the company, which didn’t seek any outside funding for the first seven years of its existence, took its time to get to this point, because it wanted to take the time to build out its mission.

“I always tell young entrepreneurs to bootstrap and to build a real identity with their companies and not just exit too early,” Dasilva told BetaKit. “It’s part of the reason why we’ve been able to grow so fast in the five years since we took our first investment, because we had really clear identity and strong DNA, and we could bring in other cultures from acquired companies into our family. I would never trade those years of really understanding what we stand for and what we’re building.”

To date, Lightspeed has raised close to $290 million in funding, and in 2017 said it processes more than $15 billion USD in transactions annually.

According to The Globe and Mail, Lightspeed’s payment system is expected to be a top feature when the underwriting team, co-led by Bank of Montreal and National Bank of Canada, market the company’s IPO. The Globe also reported that Lightspeed intends to sell $200 million worth of stock and achieve a market valuation of more than $1 billion.

Founded in 2005 to help small and medium businesses with POS and customer engagement, Lightspeed has grown to more than 700 employees and is present in more than 100 countries with eight offices spanning Canada, US, Europe, and Australia.