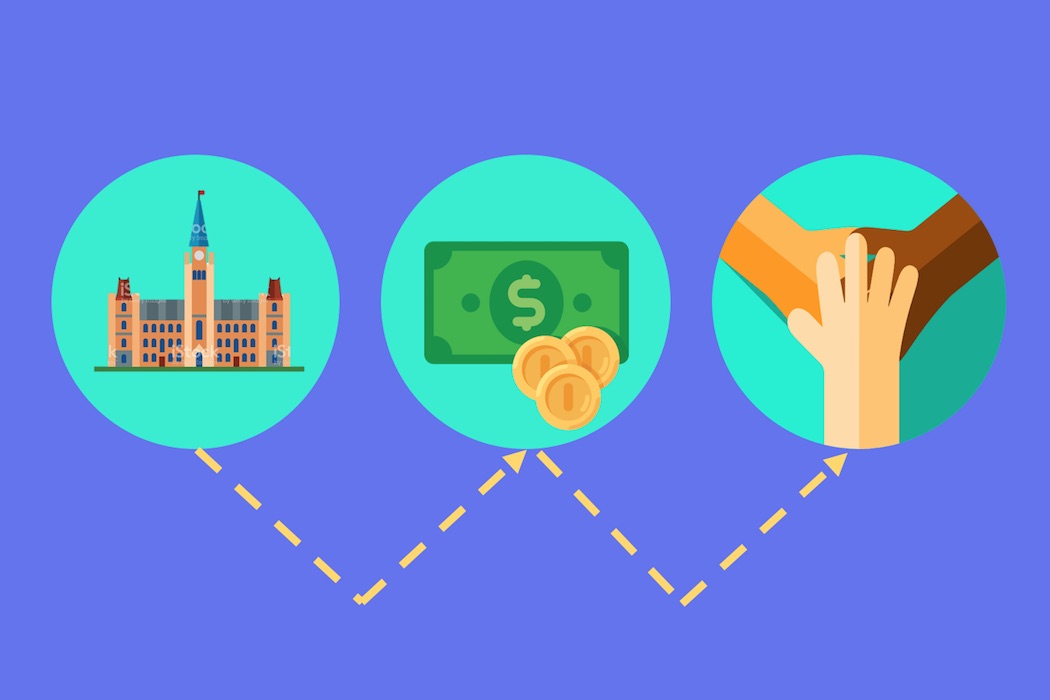 Canada’s FinTech sector has seen steady growth in recent years, and there seems to be more on the horizon with increased collaboration between startups and incumbents, as well as the skyrocketing demand for emerging technologies. The latest findings from a Ernst and Young (EY) report suggest FinTech adoption in Canada has increased from 18 percent to 50 percent since 2017.

“FinTech adoption has evolved significantly in Canada over the past two years alongside the evolution of customer priorities and the rise of money transfers and payments,” said Ron Stokes, EY Canada FinTech Leader. “FinTechs are no longer seen as just disruptors to the traditional financial services industry, they’re sophisticated competitors, ready to meet the changing expectations and needs of customers.”

Despite this apparent growth, FinTech adoption in Canada still lags behind the global average. That same EY report found that only 50 percent of respondents in Canada were FinTech consumers, as opposed to 64 percent globally.

To explore how Canada can start stepping up its game in FinTech, BetaKit spoke with members of Canada’s FinTech community to determine the industry’s pain points and areas for opportunity.

FinTech still needs to win the trust of consumers

EY’s latest report suggested the use of FinTech products and services is higher among younger Canadian consumers, finding that younger generations have a growing demand for financial services and are more likely to opt for non-traditional providers. That demand has laid the runway for FinTech companies like Borrowell, Mogo, Koho, and Wealthsimple, all providing a solution or service that a bank would otherwise provide, but targeting a millennial, digital-driven audience. Companies like these have garnered the classification of “challenger bank.”

Although challenger banks have gained serious traction, be it through eight-figure venture rounds or explosive user growth, the wider net of FinTech disruptors and incumbents have yet to win over the full trust of potential clients, as indicated by EY’s findings.

“Even though non-financial services companies have led the way in deploying new technologies to deliver innovative services while raising the bar on consumer expectations, they do not yet have the full confidence of consumers when it comes to providing financial services on their own,” said Stokes. “Our findings show that there is a trust gap that can create opportunities for both incumbent financial institutions and their FinTech competitors.”

The lack of trust could stem from a number of factors, such as older generations doubting a still-nascent industry, or perhaps there is simply a demand for more startups to engage in building this trust. Stokes argued potential adopters are concerned about the security of sharing their personal data digitally and therefore tend to place more trust in traditional institutions offering in-person interactions.

Although FinTech startups have their work cut out for them in this regard, advocates like Steve Boms, president of FinTech consulting firm Allon Advocacy, have argued that new services can increase competition, transparency, pricing, and security, highlighting the United Kingdom as a model for how consumers trust can be built in this ecosystem.

How incumbents can break tradition

Incumbent financial institutions appear to have been keeping a vigilant eye on disruptor activity in recent years, and have made moves to keep themselves competitive. Many banks, in particular, are opting for the ‘if you can’t beat them, join them’ approach, teaming up with disruptors to increase internal efficiencies or enhance the customer experience.

Although the big five banks have retained market share and consistency despite new competition from startups, they are still investing in innovation. HSBC, for example, recently opened a Toronto innovation lab, CIBC launched a portal to help banks connect with startups, and banks have been partnering and investing in FinTech startups like Mylo, Flare Systems, and Owl.co.

Montreal-based Luge Capital, which invests in FinTech-specific ventures, told BetaKit it looks to invest specifically in ideas that can be applied to larger financial institutions.

“FinTech is more broadly an industry that is hot and growing,” David Nault, general partner at Luge Capital, told BetaKit when the firm closed its $85 million fund. “We are seeing a lot more entrepreneurs with big ambitions, not just to solve tiny little problems siloed in a corner somewhere, [but ones] that really take a big bite out of a giant problem that is global in nature.”

In a talk on ecosystem banking earlier this year at the Digital Finance Institute’s FinTech Conference, Puvi Sinnathamby, who leads a practice working with top financial services companies to fuel their digital transformation at IBM, said in order to succeed, banks need to become great marketplaces that become a hub for servicing customers’ needs through solutions.

Banks also need to leverage developer communities, Sinnathamby said, as well as prioritize customer journeys so they influence consumer lives outside of banking, and build a flexible architecture that enables speedy integration with partner FinTechs.

Although banks tend to lead the conversation in FinTech, another institution has regularly flown under the radar when it comes to emerging financial technologies – the credit union. Meridian, for example, launched its own challenger bank-style digital service this year, called Motusbank.

Sue Britton, CEO and founder of FinTech Growth Syndicate, an innovation resource for companies in the financial space, told BetaKit that although credit unions have historically been innovative, their ability to understand the rapid pace of technology change has really slowed down. She said, despite showing some initiative, she believes credit unions are not currently doing enough to keep up.

“We were really interested in … trying to get the message to the credit unions that there is disruption happening and the opportunity for them to innovate is huge,” Britton told BetaKit.

This month, FinTech Growth Syndicate released a report that explained why and how credit unions should keep up with the innovation race.

Credit unions generally rely on larger technology firms like Celero and Finastra to keep them at pace with the rest of the industry. Britton said tech firms are usually great channels for credit unions, however, they should still be looking at and learning from smaller up-and-comers in the space.

“If you’re a startup going into a big bank, you’re jumping through hoops … and you may or may not actually be talking to the right person,” Grant told BetaKit. “With credit unions, you really have that ability … to land and expand.”

One of the most widely-cited reasons for Canada’s lagging global position in FinTech is regulation, or a lack thereof. Stakeholders in the FinTech industry have been pushing Canada toward open banking, a system meant to give consumers more control by allowing their banks to distribute their personal data to third parties through the use of open application programming interfaces (APIs).

“The only thing stopping a challenger bank is the regulation.”

The broader objective of open banking is to promote a more competitive and innovative financial ecosystem, with proponents claiming it allows financial companies to augment their offerings and customer engagement, and create new channels for digital revenue.

Although actors at various levels of government are working on regulatory reform projects, including reform that would enable activity by both FinTechs and financial institutions, Canada has made slow progress.

“There is no doubt that many of the federal, provincial, and territorial regulatory regimes that touch FinTech ecosystems can be improved,” said Stephen J. Redican, a partner at law firm Borden Ladner Gervais, in an article on the firm’s website. “We need to be sure that regulations that were designed for an earlier time are appropriate for an increasingly digital economy.”

Koho CEO Daniel Eberhard told BetaKit earlier this year that the regulatory environment in Canada has made it much more difficult to succeed as a challenger bank, as regulators have prioritized managing risk over fostering a competitive environment.

Britton agreed, stating, “the only thing stopping a challenger bank is the regulation … if you’re a small business or a consumer, [the regulations] really limit innovation.”

Britton added that financial institutions hold so much power in Canada and have done so for so long, that they will likely be able to drive the change faster than the regulators. She expects the big banks will likely bring open banking to market with their own needs in mind. She said despite Canada lagging behind the rest of the world in open banking, a regulatory driven change would be better for the industry because the government should be setting clear and fair criteria around open banking.

“I think that’s where you’re going to see a lot of a lot of pressure in the Canadian market,” Britton said. “[Open banking] will create a more competitive landscape in Canada if they’re able to bring it to market. I think the argument right now is – will it be an industry-led change, or will it be a regulator-driven change?”

Mubashar Iqbal aka Mubs is the co-founder of BotList – and several other startups and side projects. Iqbal is originally from Pakistan, but spent…