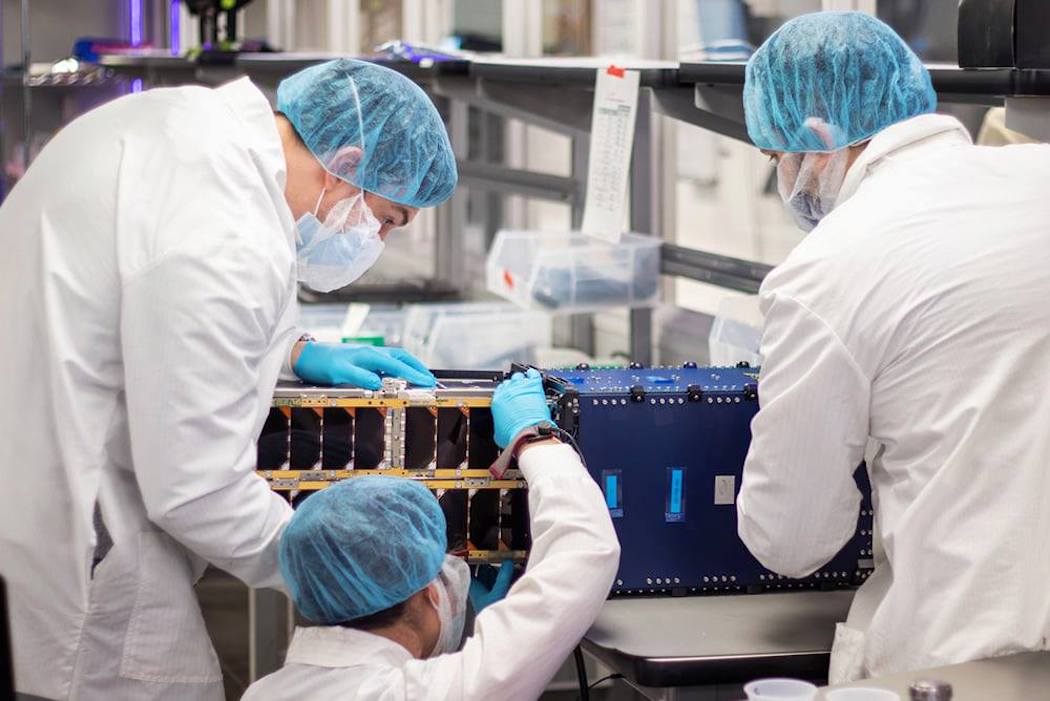 Some of the funding will be used to grow Kepler’s 80-person team.

This latest round brings Kepler’s total funding to date to $108.9 million CAD ($90 million USD) and was led by Tribe Capital, with participation from new investor Canaan Partners, and existing investors including IA Ventures and Costanoa Ventures.

Proceeds from Kepler’s Series B round of funding will help Kepler increase the size of its network and introduce new satellites. The fresh capital will also be used to grow the size of Kepler’s team, which doubled to 80 people over the past year. The startup said its goal is to grow to 150 people by the end of this year.

Kepler was founded in 2015 with the goal of building a faster telecom network. To do this, the company develops constellations of small, low-orbit satellites that are one-tenth the size of alternatives. These are used for almost real-time exchange of data from IoT devices. Kepler’s data services are currently primarily used in the maritime, aviation, and government sectors.

The firm is now looking to expand its network for coverage outside of Earth, and provide its services for new applications in space, such as Earth observation and space tourism. The goal is to connect assets such as imagery satellites and space stations and move information from these assets back to Earth.

“There is a growing need to get data generated in space back to earth, and this is a need Kepler is uniquely qualified to address,” said Wen Cheng Chong, CTO and co-founder of Kepler.

Kepler has already reached new milestones this year, launching eight satellites in January, and a further two in March. Those launches brought the startup’s total number of operating satellites to 15, making it the largest satellite operator in Canada. The startup now boasts the ability to produce 10 satellites per month.

Kepler is now looking south of the border as an area of expansion. On Wednesday, the firm announced it will create a US-based entity and office and has immediate plans to hire in its sales, marketing, and engineering departments to support this expansion. According to a report from CNBC, the new office is likely to be located in Washington, DC.

Kepler already has a presence outside of Canada with its office in the United Kingdom, which was established shortly after Kepler raised a $20.8 million Series A round in 2018. The startup said creating a US presence will allow it to access a wider pool of customers and partners.

“We are seeing increasing demand for our products and services within the US market and by creating a local entity we will be better positioned to provide value, and boots-on-the-ground support for current and future customers in the US,” said Mina Mitry, CEO and co-founder of Kepler.

Kepler is one of many space tech companies looking to bring their innovations out of orbit this year. Starlink, which is part of Elon Musk-led SpaceX, is currently testing a new satellite dish, and earlier this year began accepting preorders for its service in Canada.

Canadian companies have also been big contributors to this sector, and have seen their own notable developments in the last few months. MDA, a Brampton, Ontario-based space tech firm, closed a $400 million initial public offering in April, and now trades on the Toronto Stock Exchange.

NorthStar, a Montréal-based startup that has developed an earth and space monitoring platform, began construction of its one satellite fleet in the fall of 2020. NorthStar plans to use these satellites to monitor Earth through a network of optical sensors.

This weekend, Toronto is hosting a couple of hackathons to get both tech and non-tech people excited about creating new and creative solutions in…