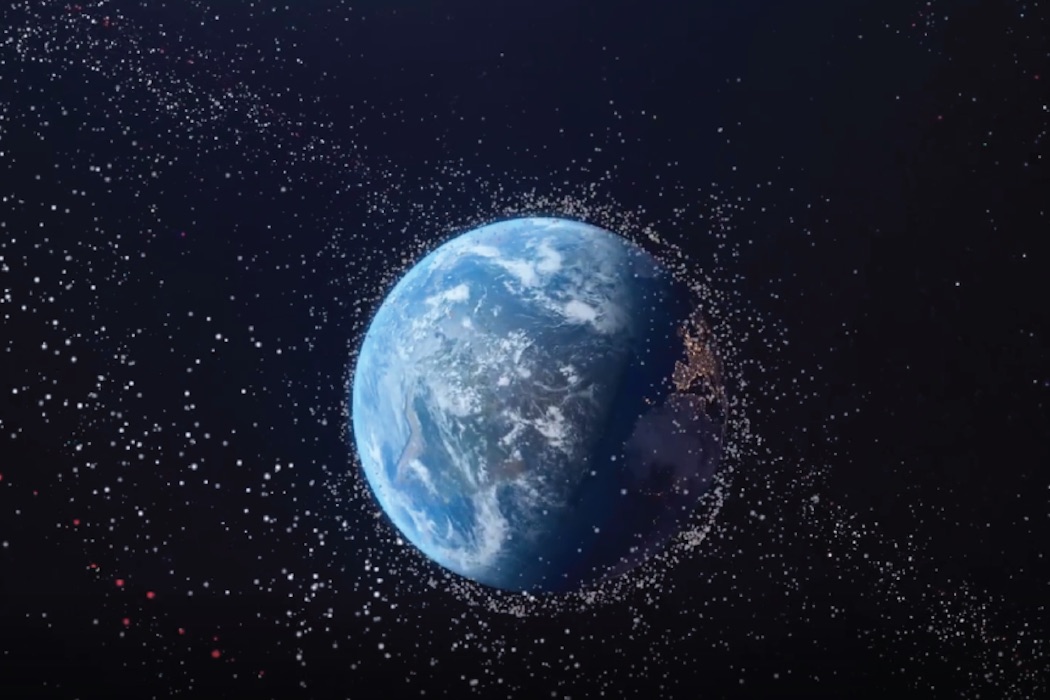 “We are here to make space safe for doing business, now and into the future.”
– Stewart Bain, NorthStar

Through Skylark, NorthStar is hoping to monitor space from space, through a constellation of satellites with dedicated optical sensors. The startup has contracted Thales Alenia Space, a French-Italian aerospace manufacturer, to build these satellites. Seattle-based manufacturing company LeoStella will oversee the satellites’ final assembly.

“The new space economy depends on the safety and sustainability of space,” said Stewart Bain, CEO and co-founder of NorthStar Earth and Space. “NorthStar, the first commercial SSA system based in space, will deliver essential information to space operators, enabling safe navigation and supporting global space traffic management. We are here to make space safe for doing business, now and into the future.”

Founded in 2015, NorthStar aims to provide earth observation and space object tracking information products. The mission of Skylark is to give a comprehensive view of all the near-Earth orbits in near real-time.

Space junk has emerged as a critical problem in recent years, particularly with the rise in satellites and objects sent into Earth’s orbit. As of this year, the United States Space Surveillance Network was tracking more than 14,000 pieces of space debris larger than 10 cm across. It is estimated that there are about 200,000 pieces between one and 10 cm across and that there could be millions of pieces smaller than one cm.

The problem with space debris, proposed by NASA scientist Donald Kessler in 1978, is that too much space junk in orbit could result in a chain reaction where more objects collide and create new space junk in the process, to the point where Earth’s orbit became unusable.

The issue has only been exacerbated by private companies like Elon Musk’s SpaceX and Jeff Bezos’ Blue Origin launching new satellites into orbit.

A 2011 report from the National Research Council estimated that space debris has reached a “tipping point,” as there is enough currently in orbit to continually collide and create even more debris, increasing the risk of spacecraft failures.

Through the Skylark project, NorthStar’s space-based sensors are intended to deliver precise observations of more space objects than any current system, with a higher revisit frequency per object. NorthStar intends to have 12 satellites in the constellation and be fully operational by 2022.

NorthStar has raised approximately $52 million CAD to date, according to Crunchbase. The startup’s investors and strategic partners include Canada-based Telesystem Space, the Government of Canada, the provincial government of Quebec, the European Space Alliance, and US-based KinetX. The federal government of Canada invested $13 million into NorthStar in 2018.

The intended cost of the Skylark project has not been disclosed. NorthStar did not respond to questions about the costs before the time of publication.

In June 2019, NorthStar signed an agreement with the Canadian Commercial Corporation (CCC) to help negotiate initial service agreements with the United States, Britain, and other countries. In August, NorthStar formed a partnership with the nation of Luxembourg to work on a Clean Space initiative.

The agreement also opened doors, allowing NorthStar to work with the United States on this latest satellite project. A spokesperson for NorthStar confirmed the United States is involved but declined to provide further details on the nation’s involvement before the time of publication. Notably, the US Department of Commerce recently issued an award to NorthStar Earth and Space to recognize its investments and contributions to the Canada and US relationship.

Starting in 2024, NorthStar plans to expand the Skylark mission with dual mission satellites performing both space situational awareness and Earth observation. These satellites will be equipped with sensors, which will operate continuously from space, imaging, digitizing, and analyzing the details of Earth’s ecosystems and surrounding orbit on a daily basis.

The 2015 Funding Roadshow starts on March 19th in Ottawa before venturing across Canada to ten cities. Organized by Fundica, the yearly event gives…