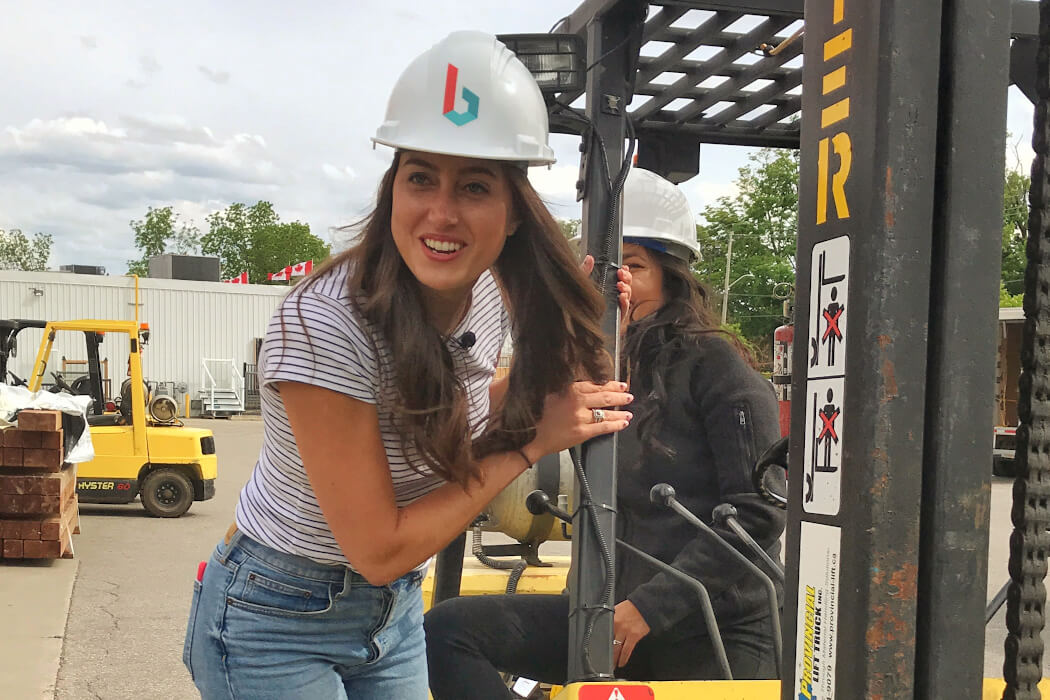 Entrepreneurship taught Bridgit COO Lauren Lake to never assume she knows more about a problem than someone living it every day. In a recent interview for the #CIBCInnovationEconomy podcast series, Lake shared more about Bridgit’s founding story and how the company discovered its niche.

“We knew right from day one that we were never going to know better than the people on-site every day.”
– Lauren Lake,
Bridgit COO

Lake and her co-founder Mallorie Brodie began their entrepreneurial journey together in 2014. The pair met through entrepreneur accelerator program Next36 and developed an idea to help on-site construction workers. They noticed that workers on site had multiple manual and paper-based processes and thought technology could provide a solution.

Lake says that when initially pitching the idea for Bridgit, tech community veterans and prospective investors thought their idea was good in theory, but told them on-site construction workers were too old school and too resistant to tech to try their solution.

Lake and Brodie didn’t buy that explanation, and wanted to talk to on-site workers themselves to see if they truly did or didn’t want technology. So they showed up to construction sites with doughnuts and coffee and started asking questions. When Lake and Brodie started talking to construction workers, they didn’t talk up their new idea. Instead, they focused squarely on the problems and challenges faced by on-site workers.

“We knew right from day one that we were never going to know better than the people on-site every day,” says Lake.

By showing up at construction sites, Brodie and Lake got to talk to everyone from on-site workers to foremen to architects. Lake says on the podcast that the pair learned that construction workers wanted technology to automate manual processes, but hadn’t adopted anything to date because they felt all the available platforms were built for the back office, not for how people actually worked on construction sites. That’s when Lake and Brodie discovered a huge disconnect between what the tech community assumed construction workers wanted versus what they actually needed.

While this mindset shift was significant, it often required only small product changes, like not requiring on-site workers to create an account first before using the platform. Lake says that making the app easier to use helped the company overcome customer onboarding hurdles, which was critical for early success.

So far, Lake and Brodie’s strategy of focusing on end-user needs and seeking mentorship from people not too far from their current position has paid off. The company has raised over $20 million in funding to date, with $9.4 million coming during the height of the COVID pandemic. Bridgit now counts some of Canada’s largest general contractors as customers, and the company is growing.

To hear Lauren Lake share more about Bridgit’s journey, check out the full podcast conversation below or subscribe to the #CIBCInnovationEconomy podcast.