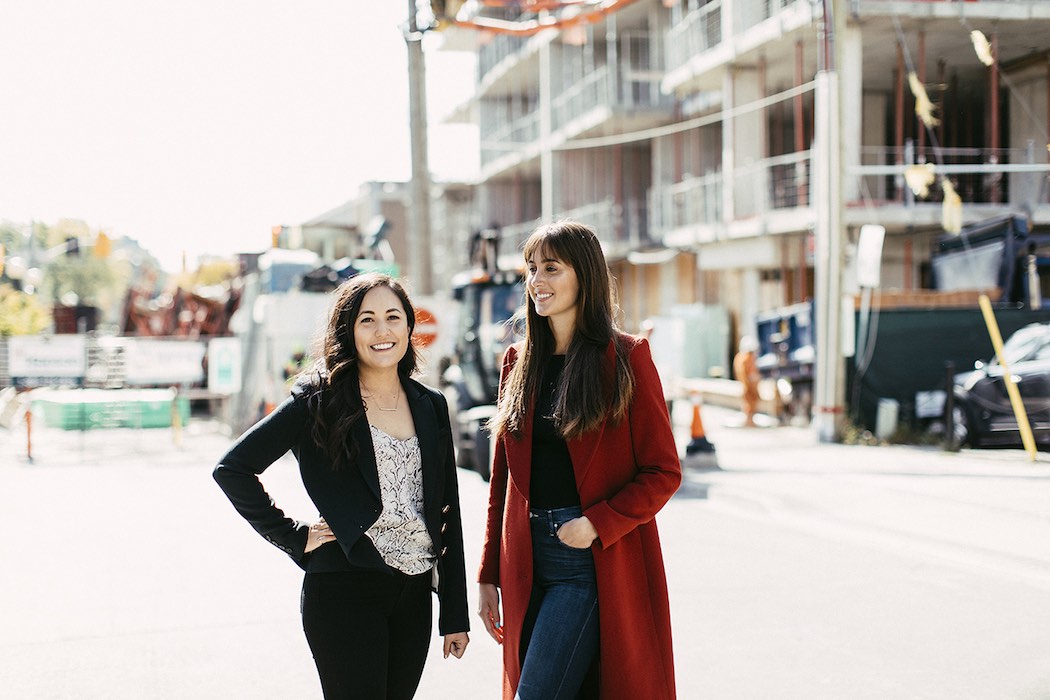 Kitchener-Waterloo-based Bridgit, which offers a project management platform for construction businesses, has raised $9.4 million CAD in funding, bringing its total amount of equity financing to date to $21.2 million.

“Tracking people during COVID was that much more of a priority for companies, and we saw that reflected within the usage of our product.”

The investment was led by construction and engineering software firm Autodesk, with participation from Export Development Canada and existing investors, including the Business Development Bank of Canada, Salesforce Ventures, Sands Capital, and StandUp Ventures. Bridgit will use this funding to add new partner integrations and build more advanced features for its Bridgit Bench offering, in order to help contractors better understand their workforce utilization and resource planning.

While Bridgit’s last round of financing was classified as a $6.2 million Series A round, Mallorie Brodie, CEO and co-founder of Bridgit, told BetaKit the company is classifying this financing not as the startup’s Series B, but as a “strategic investment.” Brodie added that the company is not in the process of raising Series B financing.

“We’re really defining [a strategic investor] as an investment partner that is able to really push the overall strategy and mission of Bridgit forward, within the construction space specifically,” Brodie told BetaKit. “Given that Autodesk has customers in the architecture, engineering, and construction space, we have a lot of shared customers, and we both feel that there’s a mutual benefit to working together and partnering on initiatives together in the future.”

Bridgit was founded in 2014 by Brodie and Lauren Lake, who have both been named on the 2019 Forbes Manufacturing and Industry 30 Under 30. The company’s solutions are targeted toward general contractors, engineering firms, and real-estate developers in North America.

Brodie said a priority for the company following the recent funding will be to streamline solutions on the Bench platform, and to ensure Bench users understand project requirements and hiring needs. The $9.4 million in financing comes as the startup reports a 72 percent increase in usage of its Bench platform since the onset of the COVID-19 pandemic.

The CEO added that as with many other sectors ripe for disruption, the COVID-19 pandemic has accelerated the construction industry’s eagerness to adopt new tools.

Brodie claimed that Bridgit was able to triple its monthly recurring revenue, hire in two positions, and secure new customers during the pandemic.

“Resource planning and workforce planning is one of those workflows within the construction industry that is difficult to track at the best of times. Throughout COVID, there are potential project delays, there are certain people that need to be on the job site, or that need to be at a different job site, there are maybe people that need to quarantine, that can’t go to the job site,” Brodie told BetaKit. “So tracking people during COVID was that much more of a priority for companies, and we saw that reflected within the usage of our product.”

In addition to the increased usage of its Bench platform, the CEO claimed Bridgit tripled its monthly recurring revenue since October, as well as hired two new employees and secured new customers during the pandemic.

Bridgit is now ahead of its original forecast for this fiscal year, Brodie claimed, adding that this growth for the startup is a reflection of how the construction industry has been impacted by the pandemic.

“In terms of the construction market, it was, in most geographies, deemed as an essential service throughout most of the pandemic to date,” Brodie said. “We were seeing various [project] shutdowns in certain cities or certain provinces and states for a very short amount of time, but in general, it was an industry that continued to move forward.”

Last year, when Bridgit opened its first satellite office in Toronto, Brodie and Lake told BetaKit a focus for 2020 would be to expand to new geographic markets within Canada, as well as in the United States and Europe.

Given the current pandemic and restrictions on travel, Brodie said Bridgit has deferred its global expansion initiatives, but noted that she believes the new strategic investment from multinational organization Autodesk, will help accelerate Bridgit’s expansion efforts when the time is right to enter new markets.

The Bridgit CEO added that she has noticed over the last few years, more venture capital has been deployed into the construction tech sector, and adoption has been increasing with the emergence of new technologies.

“As new platforms are introduced to construction and as we continue to build on our platform, there will be an even wider acceptance and excitement around those tools, because [they give] companies more flexibility to access important information from wherever they are,” Brodie added.

On Tuesday, Electric Runway hosted InStore in Toronto, which looked at how emerging technology could change the retail landscape. The event included experts from…