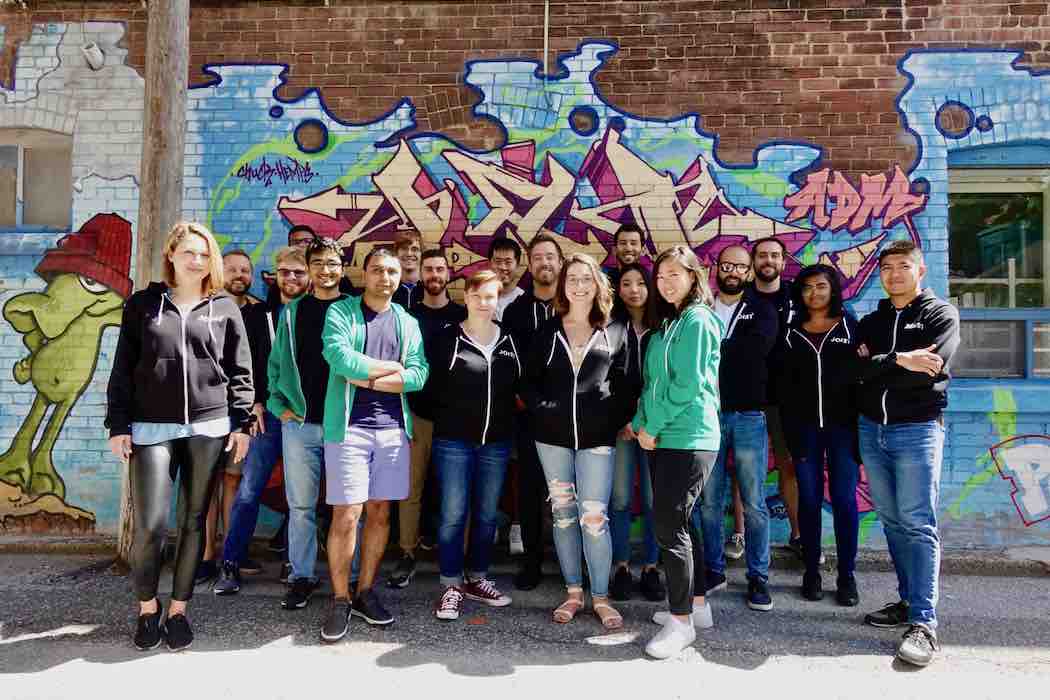 Joist, the Toronto-based contractor management app, has been acquired by Denver, Colorado-based service commerce company EverCommerce. Terms of the deal were not disclosed.

The acquisition follows a three-year refocus on Joist’s core business after the company laid off between 60 to 100 employees in 2016. The layoffs were initially attributed to a move of the company’s headquarters from Toronto to Silicon Valley in search of senior tech talent.

“What we did after that was a lot of soul searching and a lot of hard work.”
– Brendon Sedo,
Joist CEO


However, after BetaKit broke the story, former Joist employees argued that there was a lot more behind the startup’s layoffs, including significant issues with Joist’s revenue model.

Since then, Joist has gone through a number of changes, including co-founder and former COO Brendon Sedo taking over the CEO reigns from fellow co-founder Justin Kathan in January 2018. BetaKit recently sat down with Sedo to talk about Joist’s journey, from layoffs, to rebuild, to acquisition.

“As a founder, [the layoffs] felt terrible, it was not an easy decision. Most of those people, we worked very closely together and we were very passionate about the work that we were doing. It was very unfortunate, and it hurt me deeply,” Sedo said. “Hence why you haven’t heard much from Joist as of late. We just needed to refocus our product and get back to rebuilding our company.”

Sedo explained that after taking a step back and “really thinking about the business,” the startup realized it needed to refocus on the Joist app.

From there, the team began quietly changing its business model, reinvesting in some of the company’s more successful products. Joist, a Winnipeg-born company, launched in 2011 as a platform that helped contractors manage things like estimates and invoices. Around 2016, Joist had begun experimenting with a new marketplace product that could connect contractors directly with homeowners.

“What we did after that was a lot of soul searching and a lot of hard work to refocus our business,” said Sedo. “And what we ultimately did was, we refocused on what we were great at from the start, which was providing great tools and a software platform that helped contractors run their businesses better.”

Following the shift, Joist also launched two new products, keeping in line with its management platform. The company added payment processing and home improvement financing features, which Sedo claimed help get Joist back to profitability within a two-year period.

“Lo and behold, we got an acquisition offer after putting our heads down and all this hard work … [and] really grinding it out and building our team,” said Sedo.

Ameet Shah, partner at Golden Ventures and a Joist investor, told BetaKit that he’s proud of the work Joist’s founding team did to achieve the acquisition.

“Not everyone sort of survives the pivot and these guys, the whole team, really were able to do that and ended up doing so in a big way to manufacture an outcome that was great for them and investors,” he said. “Regardless of whether you’re invested [and] almost regardless of the outcome, to see founders who persevere through the ups and downs of entrepreneurship, you’re always surprised to see what they’re able to accomplish.”

If you’re going to San Francisco…

In the end, Joist achieved its pivot from Toronto. In 2016, co-founder and then-CEO Kathan told BetaKit that the startup planned to move to San Francisco due to a significantly larger US market size, along with senior-level talent that he claimed it couldn’t find in Canada (both of which were disputed by former staff). Despite that claim, Joist never left the city.

“We genuinely thought and considered moving to San Francisco,” Sedo told BetaKit, explaining that while the marketplace product had more users in Toronto, 90 percent of Joist’s revenue and customers still come from the US.

Despite these statements to BetaKit, and those of his co-founder Kathan in 2016, Sedo has been less clear about this decision publicly in the past. In a 2018 talk at TechToronto, the CEO said, “we basically came across that we were leaving to San Francisco, and leaving the Toronto community, which wasn’t true. It affected our reputation.”

“It’s a long story, but we never left,” he concluded.

During the company’s rebuild, Joist did, in fact, end up placing a small team in San Francisco, which included a director of marketing, head of product, a VP of engineering, and a design team. However, Sedo shut down that office in March 2018. He stated his reasoning as preferring to have a smaller, consolidated team based in Toronto.

A photo of Joist’s King Street office shortly after the 2016 layoffs.

When BetaKit broke the news of Joist’s layoffs in June 2016, it had just moved into a new office space at the beginning of that year. The company had signed a 10-year lease for a 13,000 square foot King Street office that had gone through a costly renovation led by the OVO Fest designer.

After the layoffs, Joist had a pared-down team without much use for such a large space. It ended up moving into a smaller office space, less than 4,000 square feet, which currently houses its 21 employees.

Following the acquisition by EverCommerce, Joist will continue to operate as an independent entity, but with, what Sedo called, “more focus and resources.” Joist is also looking to grow its team, potentially reaching 30 employees by the end of the year, all of which will be in Toronto.

“[EverCommerce has] the backing to help us achieve our goals faster and they also have a lot of shared resources from helping us with hiring, to supporting us with marketing initiatives, to training,” he said. “We just got a lot of gains by being part of this bigger company.”

In the coming weeks, Joist is also set to announce a “pro” version of its management software, which will be a paid version of its free app. Sedo said that the pro version has already converted more than 20,000 of its 115,000 users in testing.

“We want to continue to invest and reinvest in our product, and we’ve got some plans to launch more paid products,” said Sedo. “We want to make contractors heroes and help their businesses thrive, so we’ve got a lot of new features and products planned to help support that. And with the backing from EverCommerce and the growing of our team, we’re just really excited.”