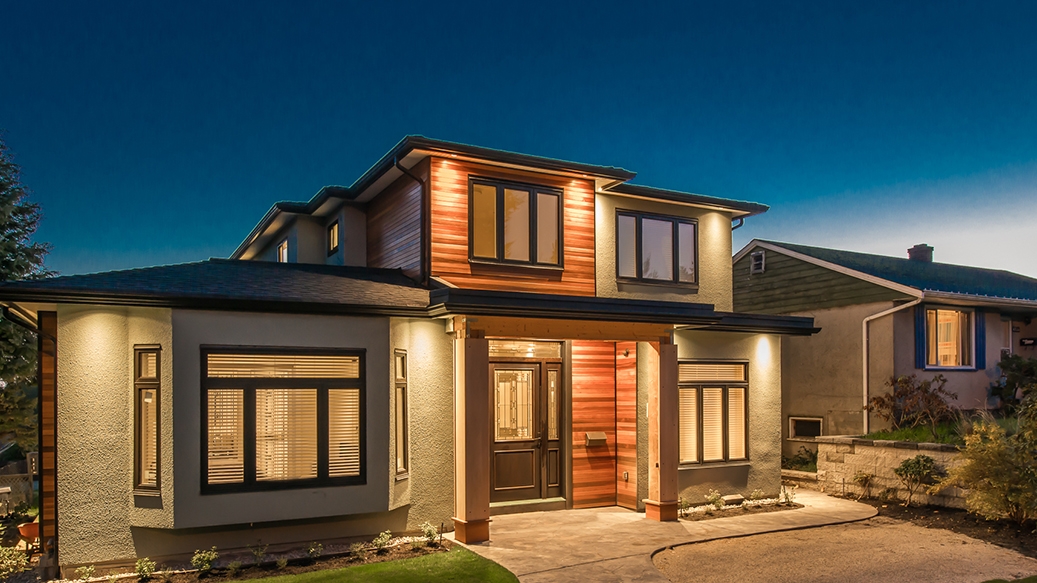 Earlier this week, BetaKit broke the news of significant layoffs at Toronto-based startup Joist. Speaking with CEO Justin Kathan to confirm, the co-founder stated that approximately 60 employees had been laid off as part of a company-wide move to San Francisco, with approximately 30 employees making the move to the Bay Area. Kathan claimed that the reasons for the move were twofold: access to customers and senior-level talent not available in Toronto.

The news, somewhat predictably, caused an uproar amongst the Toronto startup community, which engaged in a long debate as to whether Kathan’s stated reasons for the move made sense, and if the Toronto community does indeed have the senior talent to compete at a global level (this part of the debate is not new). A huge outpouring of support was also found via the #Joist60 hashtag on Twitter, with many startups offering support and interviews to the now displaced workers, in a similar fashion to what followed VarageSale’s recent layoffs.

There was a second public outcry, however, amongst Joist’s former employees, many of whom took to the comments section of BetaKit’s original article to argue against Kathan’s narrative of how many people were laid off, and why. BetaKit has spoken to as many of these former employees as possible (under the condition of anonymity, as outgoing Joist staffers were forced to sign an NDA in order to receive parts of their severance, including stock options), as well as insiders familiar with the company’s operations. Unless specifically noted, all information found below has been cross-referenced via multiple sources who could confirm their identity.

Who is a Joist employee?

The first point of contention relates to the number of employees actually laid off by Joist earlier this week. The initial tip BetaKit received indicated that at least 80 employees had been laid off from the company; this number has been confirmed by multiple former employees, with the higher estimations capped at 100 (a list of employee names matching Joist email addresses sent to BetaKit backs up the higher estimates).

“They fired everyone in the marketplace.”
– former Joist employee

The discrepancy in numbers seems to stem from two things: Joist’s large contingent of ‘direct sales’ people (cold-callers, door-to-door walkers, etc.), and confusion as to what constitutes a full-time employee at the company.

According to one Joist investor, speaking on condition of anonymity, the vast majority of the those terminated were considered by the company to be either these commission-based contract workers, or part-time sales employees – not part of the ‘core’ team. Of the ‘core’ Joist team (i.e. product or engineering), only a handful were laid off (and if you believe BetaKit’s comment section, this handful included new recruits on their first week – or day! – of employment).

Putting aside the notion that either part-time, commission-based, or sales-focused employees somehow don’t really count, this estimation was swatted away by confirmed, full-time Joist employees, in multiple positions across the company.

“Generously, I would say that 50 percent of [the direct salespeople] were part-time, but that’s the most,” said one laid-off employee, who estimated “20-30 people on the Product/Engineering” side of the company, and “60-80 people in the marketplace,” responsible for connecting contractors with homeowners for home improvement work.

“They fired everyone in the marketplace,” the employee said.

The former employees BetaKit spoke with also claimed that Kathan’s estimate of approximately 30 Joist workers offered a role in San Francisco as too high, with best estimates placing it somewhere between 10-20. The discrepancy may be due to the fact that of those offered a role, several are unlikely to accept due to personal and family reasons. BetaKit’s sources informed us that some of those people received relocation notifications and offers while on vacation, only coming to understand what was happening as their phones blew up.

The second of Kathan’s stated reasons for Joist’s relocation was customers, of which he claimed 90 percent are located in the United States. Multiple sources confirmed with BetaKit that this is not the case, with the numbers in fact reversed, and approximately 90 percent of Joist’s customers located in the Toronto area, and the remaining percentage in the U.S. (Joist had a small team located in San Jose until the company closed the office two months ago; San Jose is still listed as one of two regions Joist services as of time of writing).

In fairness to Kathan, this could be a simple misunderstanding, conflating go-forward strategy with present conditions, as the CEO told BetaKit previously that “the U.S. has ten times as many homeowners as Canada.” Beyond its two-sided marketplace, Joist also provides a productivity app for contractors to aid with estimates and invoices, so the number could be in reference to app usage. However, the app is free and is considered a lead-gen tool to onboard contractors onto the marketplace – it doesn’t directly generate revenue.

More concerning for Joist is the fact that its marketplace wasn’t generating revenue either.

Despite shutting down its San Jose office earlier this year, the city is still listed as a market on Joist’s website.

According to several former employees across the company familiar with the matter, Joist rallied around one key metric: GMV, or Gross Market Value (also sometimes called Gross Merchandise Volume). GMV essentially tracks the total sales value of a good or service sold through a marketplace; if you sell five books for $25 each, your GMV is $125. Joist’s GMV was based upon the estimated renovation project size from the contractor as approved by the homeowner. Joist’s revenue model operated on taking a cut from the project as paid by the contractor (often this was around 10 percent but could be a variable amount as negotiated with the contractors).

“We were shocked. The whole entire company rallied around GMV. And it was fake.”

Many of the employees at Joist considered GMV to be an indication of activity but not outcome. “They would report huge numbers to their shareholders and to their board, but GMV is just a vanity metric,” said one employee. “Companies who don’t make a profit report on GMV.” In Joist’s case, it was much worse.

Multiple employees at Joist told BetaKit that the way the company tracked projects was fundamentally flawed, in that it only tracked committed contracts, not closed contracts. With no oversight process in place, cancelled jobs, contractors failing to pay (or moving contracts off Joist’s platform to avoid paying) would go completely untracked. “Once it gets booked, it’s a project, and projects aren’t really followed up on,” one former employee said. The faulty process also created a window of opportunity for quota-hungry salespeople to game their numbers, knowing there would be no repercussion.

“We didn’t even know when jobs were completed because it would get cancelled and we wouldn’t know,” another employee told BetaKit. “Because no one cared.”

The Joist staff became generally aware of the impact the booking process was having on the company a few months prior as an internal audit revealed a giant disparity between reported GMV and total revenue collected. Specific revenue goals were finally set in April, factoring in an expected dropoff from GMV (remember, jobs get cancelled, things happen), and the results were still staggering: less than 20 percent of expected revenue was actually collected. In terms of total revenue, previous months had been much worse (BetaKit has declined to publish specific monthly revenue totals provided by multiple former employees).

“We were shocked. The whole entire company rallied around GMV. And it was fake.”

The revenue wake-up call came shortly after Joist signed a 10-year lease for its 13,000 square foot King Street office. The space was supposed to be ready in November of last year, but a costly renovation project led by the OVO Fest designer (“we wanted to be trendy,” one employee said. “Like a Google.”) delayed entry until January, when much of the office was still unfinished (and remains so to this day).

As money began to tighten, changes were made. Senior staff members with higher salaries were let go, and office space was rented out to other startups to save cash (Chef Hero is one startup currently in the space).

While much of what Joist’s former employees told BetaKit explains the company’s dramatic staff reduction, the one element that still remains unclear is the motivation to completely relocate the company to San Francisco. A company such as one described above has bigger issues than ‘attracting global talent’ and Joist’s only foray into a U.S. market was deemed “not viable.”

“We couldn’t get enough of critical mass for any homeowner leads, it was just a completely different market,” one employee said.

Joist CEO Justin Kathan declined multiple requests to provide any additional comments on the record for this story.

In talking with former employees, there were several theories as to motivation – including the influence of Shawn Kernes, former StubHub CTO. While opinions of Kernes vary, most of the people generally agreed upon two things: a San Francisco resident, Kernes showed public disdain for working in Canada; Kernes’ opinion holds significant influence on Kathan, with whom Kernes stayed when in Toronto.

Others speculated that a move to San Francisco provided Joist an opportunity to reset the business under the watchful eye of more senior management and investors in the Valley. The Joist investor that BetaKit spoke with (while conceding that the TO-WR corridor is “the best place to build a startup in Canada”) remains bullish on the company, going so far as to say “I think Joist is one of the most promising companies in my portfolio.” Their argument for? Marketplace-based startups are incredibly hard, and some investors would prefer solving the operational issues Joist has faced than those that have brought down startups “that were not concerned with real growth.”

The investor also praised Kathan’s ability to take consultation and communicate the status of Joist’s business to the board and its investors (a board meeting was notably held the Thursday prior to this week’s layoffs). It should be clear from the above that Kathan’s skill at communication and transparency did not extend to include Joist’s employees.

Kathan declined multiple requests to provide any additional comments on the record for this story.

More to the story

There were more details provided by former employees, particularly surrounding Joist’s culture and the (ongoing) handling of employee terminations, that BetaKit will continue to report on (those interested in speaking to BetaKit can drop us an email here).

BetaKit has written many times that startups are a painful venture at their best, and a complete mess at their worst. Much of the interest around Joist in recent days has stemmed from a desire to figure out (a) what exactly happened and (b) why. It is BetaKit’s hope that this article has provided a second side to the story.

In March and April, it felt like the whole world went on pause. Consumers stayed at home and businesses stopped spending. For tech companies…