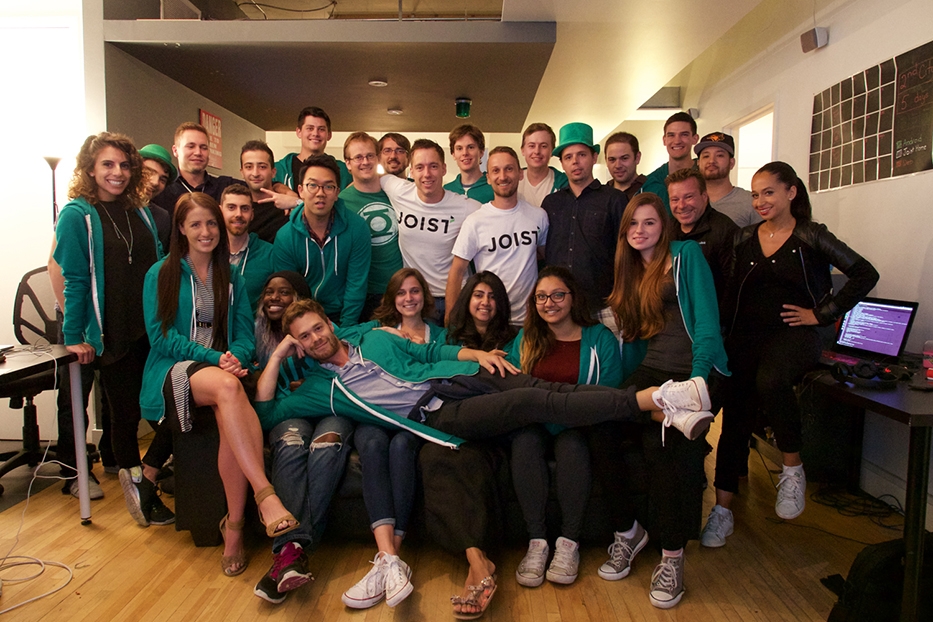 Toronto-based Joist is relocating to San Francisco. While approximately 30 employees have or will soon be making the move to the Bay Area, the remaining two-thirds of the company (approximately 60 employees) have been laid off.

BetaKit was able to confirm the decision with Joist CEO and co-founder Justin Kathan in a phone interview. The Winnipeg native, who relocated the project management platform for contractors to Toronto following the close of seed funding in early 2014, said that the layoffs were due to the significantly larger market size in the United States, as well as employees’ ability to transition to the company’s new location.

UPDATE: BetaKit has continued to report on Joist’s layoffs. Our article providing the employees’ perspective can be found here – Joist’s former employees share their side of the story

“We had to let go of a number of people that were phenomenal people – top talent,” Kathan said. “We had to make the hard decision, based on prior conversation, between who are the people who would be able to make this move with us.”

“To achieve our vision for Joist, we need the best talent in the world. And we just kept running up against barrier after barrier.”
– Justin Kathan

Kathan explained that some of those were unable to make the move due to personal and family reasons, while the rest were due to immigration limitations or the high cost of relocation. Kathan said that only certain classes of employees, or those with the requisite amount of experience are eligible for visas. While the “vast majority” of the engineering and product teams can get visas, as well as the senior leadership team, many other customer-facing roles required years of experience, which was too high a barrier for some of Joist’s staff.

Joist had recently moved into a new 13,000 square foot office on King street, in the heart of Toronto’s startup core, following the close of a second round. “The hard part is that we really believed in the tech ecosystem of Toronto,” Kathan said. “We had long-term plans to build in Toronto.” The CEO indicated that Joist is currently in conversations with locals in the tech community to repurpose the location as a startup and co-working space.

“I would come back to Toronto in a heartbeat.”

Kathan also wanted to make it clear that all outgoing employees were receiving significant severance packages, while the company’s HR team was “working directly with them to help figure out the next step.”

The news, however, begs the question of exactly why Joist is relocating to San Francisco. Kathan gave two reasons: senior talent and customers.

“We believed the people on our team are phenomenal team members,” Kathan said, but “to achieve our vision for Joist, we need the best talent in the world. And we just kept running up against barrier after barrier.”

Kathan told BetaKit that the “incredible difficulty” of acquiring senior-level talent in Toronto, precipitated a “hard look” at the company’s options during a recent quarterly meeting. In addition, immigrating the global talent the company was looking to attract was no easier, as Joist struggled with work visas, delays, and remote workers (Joist had recently pinched Shawn Kernes, StubHub’s CTO and VP of Technology, Patrick McCarthy, Red Beacon’s Director of Marketing, amongst others) – a familiar refrain we’ve heard from some of Canada’s most notable entrepreneurs.

With 90 percent of Joist’s customers also located in the United States, Kathan eventually realized that doubling down on a move south made the most sense for the company’s long-term growth. “The U.S. has ten times as many homeowners as Canada, so moving our headquarters was the clear choice for Joist,” Kathan continued, adding that “relocating the San Francisco will enable us to attract more top talent.”

That said, the CEO was also clear that he would “come back to Toronto in a heartbeat,” and looked forward to taking advantage of the available engineering talent here once the company is of a size capable of sustaining multiple offices.

The arrival of Collision Conference, which lands in Toronto for the first time this May, has encouraged several organizations to schedule more than 100…