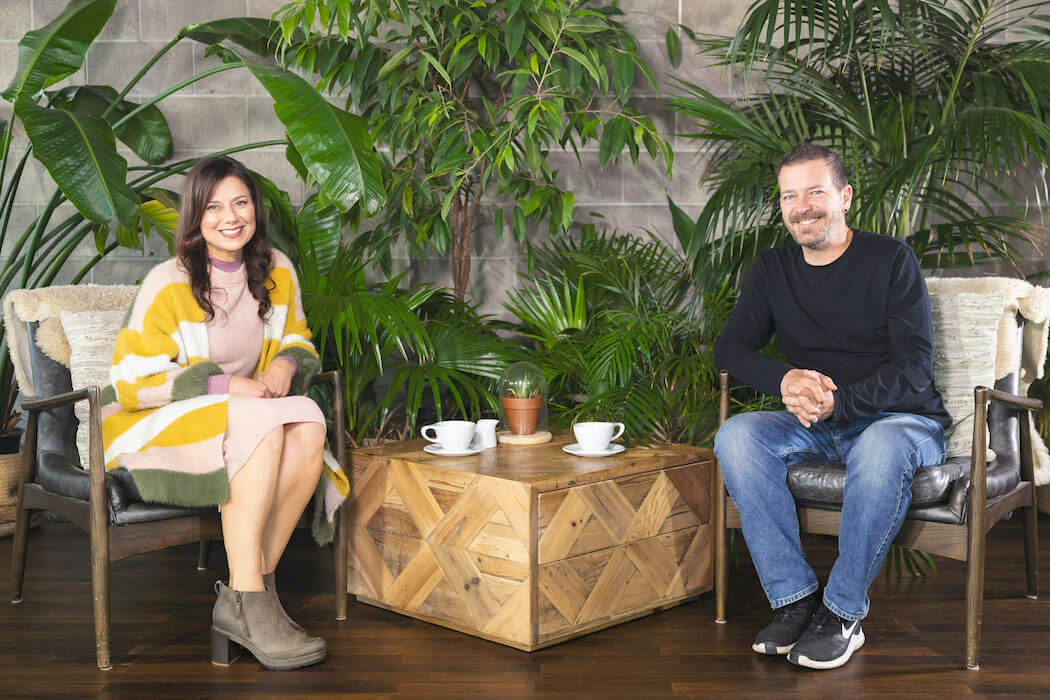 Unbounce, the conversion intelligence startup, is undergoing a big change at the executive level as Felicia Bochicchio becomes CEO while Rick Perreault – the company’s co-founder – steps down and into the role of executive chair of the board.

Diagnosed with cancer last year, Perreault took a six-month leave of absence to receive treatment and recover. Currently cancer-free, he made the decision to promote Bochicchio to CEO so he could continue to focus on staying healthy while still maintaining an advisory role at Unbounce, which he co-founded in 2009.

“I have a new outlook on life,” Perreault told BetaKit. “I always say Unbounce is my baby, but these two kids are everything to me,” he said, referring to his two young sons.

Bochicchio joined Unbounce as chief revenue officer in June 2018 and was promoted to president in 2020.

Perreault described Bochicchio as having “immense” passion for the job as well as energy, and good judgement. “Felicia just made it easy,” he said. “She ran the business in my absence, and we’ve had the best year ever.”

In his new position, Perreault said the most important role for him would be to be their day-to-day to support Bochicchio. “As CEO you’re sort of looking at everything. Now I’ll be able to pick some pieces and support some areas that excite me, while I know there’s someone there who knows the whole picture,” he said.

During Perreault’s leave of absence, Bochicchio stepped in as the company’s most senior decision-maker and primary liaison to the board of directors. During that time, Bochicchio led Unbounce to acquire Snazzy AI (now Smart Copy), delivered the company’s Smart Builder solution to market, and onboarded new CFO Gregory Dos Santos.

Bochicchio said in her new role as company CEO one of the first things she plans is to organize a roadshow so she can talk to, connect with, and learn from the company’s people in small groups.

“Our people have incredible knowledge and understanding of the market we operate in, the employee experience they want to continue to design as a distributed team, and the pain points of our customers, so creating more space and time to have candid conversations is vital for the health of our business and team,” Bochicchio told BetaKit.

Bochicchio has more than 25 years of experience helping companies scale in high-growth environments. She joined Unbounce as chief revenue officer in June 2018 and was promoted to president in 2020 after the company raised its first major round of funding, a $52 million deal that allowed Crest Rock Partners, a Denver-based private equity firm to acquire a controlling stake in Unbounce.

Bochicchio said 2022 will be a pivotal year for Unbounce as the startup continues to build out a new category of marketing. The company will also be focused on building AI-powered solutions that will be accessible to small and medium-sized businesses, and that the company claims will help them accelerate their conversion and business growth.

Bochicchio noted the challenge for every tech company this year has been hiring and retaining talent. “We’re certainly not exempt from feeling this pain,” Bochicchio said, adding that Unbounce has hired 84 new people since last January.

Bochicchio is also a tech founder and has held leadership roles with several organizations that support the advancement of women in business and technology, including Pink51 — a destination for women-led businesses aimed at strengthening women’s economic empowerment — and as vice president of mentorship for the BC Chapter of Canadian Women in Technology.

Founded in 2009, Unbounce recently became a globally distributed team with its more than 250 people working remotely or from company offices in Berlin and Vancouver. As CEO, Perreault bootstrapped the business for 10 years.

Bochicchio’s appointment to CEO comes on the heels of the company’s recent announcement that it has expanded its offering beyond landing pages with the introduction of its Conversion
Intelligence Platform for small and mid-size businesses. Since its launch in September, Unbounce customers have reported a 50 percent reduction in the time it takes to build a landing page, according to the startup.

Beyond her professional achievements at the organization, Bochicchio is committed to Unbounce’s diversity, equity and inclusion and social impact initiatives within all practices at the company and in the community.

In 2020, Unbounce launched Pay Up for Progress, a new initiative that urges Canadian business leaders to prioritize gender pay parity, or equitable pay for men and women within their organizations.

Through Pay Up for Progress, leaders must commit to undertaking a compensation analysis in order to identify any potential gender pay gaps within their organizations, outlining a plan of action to address what is found, and resourcing the work required to continually address pay parity over time.

“For the past 11 years, Rick and the other Unbounce founders have brilliantly navigated building both a profitable, growing company with one that is values-driven and people-first,” Bochicchio said.