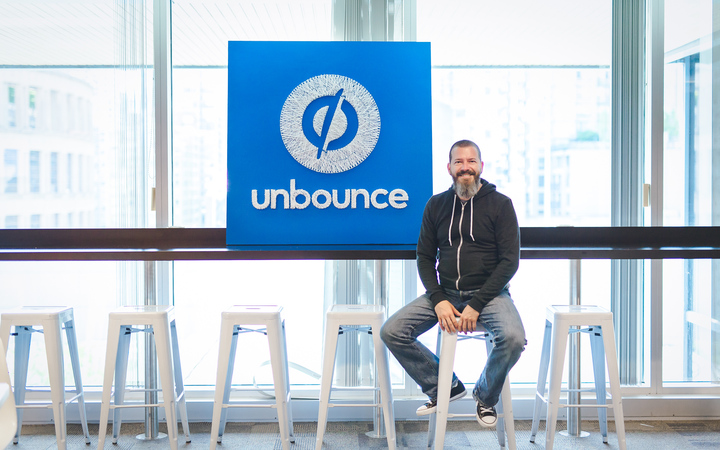 Vancouver-based web marketing platform provider Unbounce is setting up its first international office in the heart of Europe in Berlin. A move like this raises eyebrows when so many Canadian tech companies are so focused on putting down roots in Silicon Valley to the south (though in fairness, big Paulo Alto tech brands like Facebook and Apple have also set up shop in Berlin).

The company says it will set up an eight-person shared workspace in downtown Berlin, with employees in sales, marketing, and customer success. The office will serve as a beachhead into a large and growing tech hub that is attracting an impressive share of the world’s talent and investment.

“When you look inside the English-speaking world, Germany is one of our top markets,” Unbounce CEO Rick Perreault said, explaining the reason for picking Berlin over other contenders.

“As one of our advisors said, if you want to win Germany, you’ve got to be in Germany. Berlin is a magnet for tech talent. There’s also a very high number of people who know multiple languages, including English.”

Berlin is attracting a lion’s share of VC money for tech startups and an increasing number of companies are migrating there.

While the company also looked at opening up an office in London, which would have been easier from a bureaucratic and culture point of view, Perreault noted, “There’s a lot of uncertainty due to Brexit… our concern is more about the talent. If you’re a great coder in Istanbul and you’re moving to Europe, you’re not going to be in the UK.”

The idea that you can do business from anywhere is true for North America. But Europeans want to know you’re local and you’re close.

In an industry where employees could work virtually from anywhere, it’s still important to put down physical roots, Perreault noted. “It’s true that we could have started Unbounce from Yellowknife, as long as we could get the talent. The idea that you can do business from anywhere is true for North America. But Europeans want to know you’re local and you’re close. Just the ability to reach them culturally, being there helps us do that.” A senior staffer will be on the scene in Berlin to help ensure continuity of Unbounce’s business culture, he explained.

While there were plenty of attractions for expanding into Germany, Perreault said he is clear-eyed about the hurdles of setting up a business in a highly-regulated environment. “It’s complicated from a paperwork point of view. Central Europe is known for that. We’ll be dealing with government and different languages, so we’re not kidding ourselves. It won’t be easy.”

Communicating with Unbounce’s Montreal office has provided a bit of training in that regard, Perreault explained. “Dealing with the legal system in Quebec and talking to people in a different time zone gave us a bit of a taste of what it would be like to build outside of North America.”

His advice for other tech startups looking to make their mark on a wider world? “Just reach out and talk to other entrepreneurs that have done it. Office space is not that expensive. If you have an international customer base already, it makes sense. For instance, we went six years promoting Unbounce and tweeting in English but half of our customer base is international. So setting up in another country sounds scary, but it isn’t that bad.”

This year, the company, which allows marketers to create campaign landing pages designed to be high-converting, is celebrating other milestones like hitting 250,000,000 online conversions early this year. The company is also making a 50/50 pledge at its annual CTA conference, promising to showcase an equal amount of men’s and women’s voices on stage. Currently, Unbounce’s employee breakdown is 41 percent women and 59 percent men out of a 110-person team.