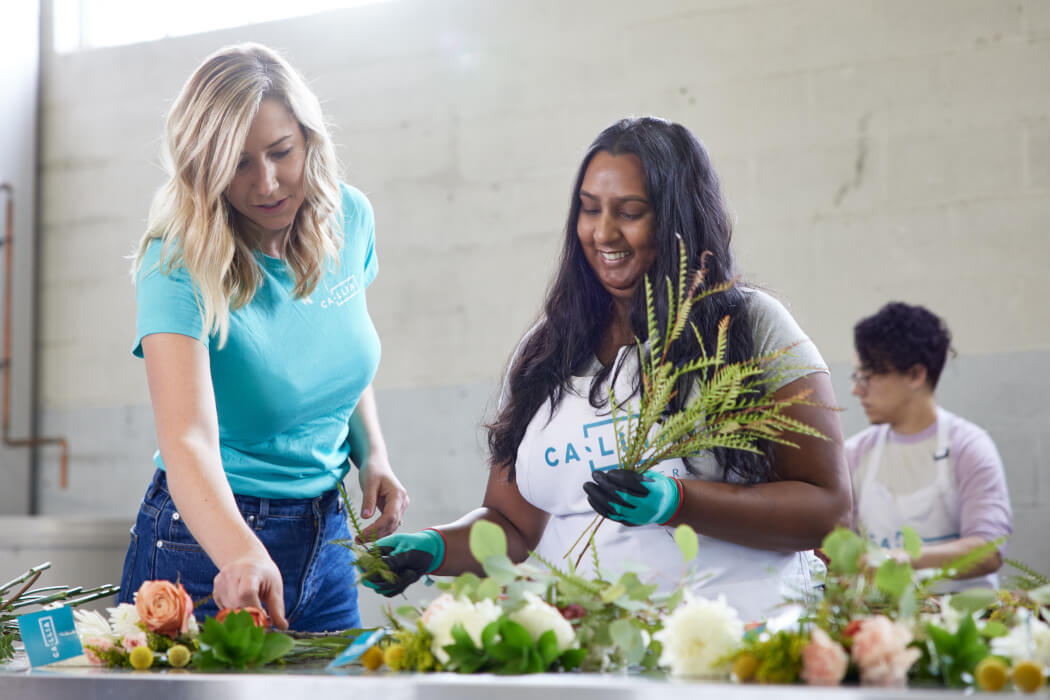 Following a year of significant growth, Winnipeg-based startup Callia has secured $6.4 million CAD in Series A financing to fuel the expansion of its flowery delivery service and perishable, direct-to-consumer logistics model.

After achieving product-market fit in Canada as a flower gifting company capable of delivering perishable products in some of the country’s toughest climates, Callia has set its sights on bolstering its Canadian presence and expanding into the United States (US).

“We’re at a point where you start to pour a little bit more fuel on the fire.”
Catherine Metrycki, Callia’s founder and CEO

“We’re at a point where you start to pour a little bit more fuel on the fire,” said Catherine Metrycki, Callia’s founder and CEO, in an interview. “This raise is to really double down, triple down on the Canadian business. There’s lots of opportunity for customer growth, particularly in Ontario and Quebec and a bit in Alberta and British Columbia, but we’re also using this to launch in the American market.”

The startup’s Series A round, which closed in September, consisted of a combination of debt and equity. The round was supported by investors from across Canada, spanning four provinces: Montreal-based Brightspark Ventures led, while Toronto’s Golden Ventures and Halifax-based Sandpiper Ventures supported, the latter through its new fund focused on investing in women entrepreneurs. Saskatchewan-based Conexus Venture Capital, which led Callia’s $1.1 million CAD January seed round, also reinvested as part of the round.

There was also some secondary capital involved, which Callia did not include as part of that $6.4 million total. Callia declined to disclose how much or which previous investors were bought out. The fresh financing brings the startup’s total funding to date to about $9.4 million CAD.

Founded in 2016, Callia is an e-commerce startup that offers flower gifting. Metrycki described the company as “a very unique combination in e-commerce and direct-to-consumer.”

“We have accidentally ended up building not a branded company, which I thought we were doing, but we ended up building a tech and logistics company, and I think that was really the backbone on which this round was raised,” said Metrycki.

Callia was built in Winnipeg, which Metrycki described as “really, really freaking cold, like one of the coldest places on the planet.”

“I don’t know who in their right mind would build a perishable flower delivery business when it’s literally minus 41 [degrees Celsius] in the winter,” she said.

Nonetheless, that’s exactly what Metrycki and Callia did, and the startup is stronger for it. “The reason why it matters is that we had this incredible stress test early on,” she said, “in terms of, can you effectively deliver flowers on a day like Valentine’s Day in minus 41, not using traditional e-commerce mechanisms?”

According to Callia, the answer was yes, and it involved building out its own end-to-end logistics infrastructure, which Metrycki said entailed “an incredible amount” of investment to ensure it was able to offer fast and reliable delivery in these conditions.

Today, Callia assembles its bouquets and controls its entire supply chain, which consists of warehouses, delivery drivers, and the tech that connects these components and customers in each of the cities it serves.

“One of the things that we have inadvertently built is this ability to guarantee perfect delivery of, really, non-traditional e-commerce products,” said Metrycki. “What that has created is this network of a hyper local supply chain and delivery infrastructure that solves a very different niche than what your traditional third-party logistics would do.”

According to Metrycki, this gives the startup “a really interesting competitive advantage.”

RELATED: Traction on Demand to open Winnipeg office, hire 100 with support from province

“Over the last 12 to 18 months, we’ve had pretty significant growth,” the CEO told BetaKit.

Callia has quadrupled its sales growth and recorded strong customer retention numbers, nabbing a 91 net promoter score (NPS) and expanding to offer flower delivery in 63 Canadian cities, including every province.

“At Brightspark, we have seen huge success from e-commerce companies challenging the status quo and focusing on exceptional customer experiences—this is what Callia is doing with their unique approach to floral gifting,” said Sophie Forest, managing partner at Brightspark.

Forest, who is joining Callia’s board as part of the round, added, “the industry is prime for disruption, and we believe that there are no better people than Catherine and her team to execute on this vision.”

“One of the things that we have inadvertently built is this ability to guarantee perfect delivery of, really, non-traditional e-commerce products.”
Catherine Metrycki, Callia’s founder and CEO

Metrycki also sees the potential in Callia’s local supply chain and delivery infrastructure, which she said “lends itself well to expansion into other verticals.”

Given this, the CEO said Callia plans to expand beyond flowers into new areas in gifting, which Callia intends to beta test over the next couple of months.

In terms of how the pandemic impacted Callia’s growth, Metrycki said there have been pros and cons; on the one hand, the startup saw positive tailwinds as people sought to gift flowers as alternatives to dinners and spa trips, and was forced to accelerate its tech development efforts.

At the same time, in addition to COVID-19 and cold climates, Callia has also been forced to weather a pandemic-driven global flower shortage.

“We’re certainly still dealing with the aftershock of that,” said Metrycki. “We are fortunate in that because we’re able to be tight with our inventory, we’ve got a lot of systems in place, we were able to mitigate a lot of that.”

To accelerate its growth, Callia plans to continue to build out its physical and technological infrastructure and expand its team of 65 employees with the addition of 20 more.