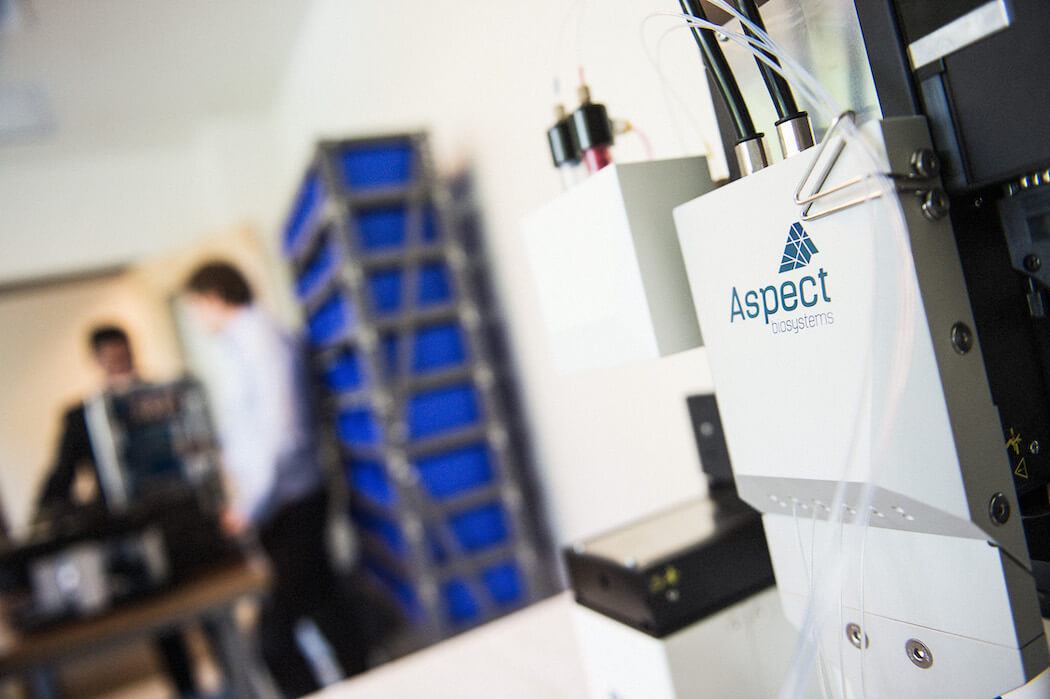 Aspect Biosystems, a biotechnology company that conducts 3D bioprinting of human tissues, has raised $26 million CAD ($20 million USD) for its Series A round of funding.

The new capital marks the largest-ever round of venture-backed funding for a medical bioprinting company, globally. It is also the largest round of funding for Aspect, bringing its total funding to date to $39 million CAD ($30 million USD).

“This round [is] definitely going to move us closer to having this technology actually impact patients.”

The round was led by Radical Ventures, the Toronto-based VC firm launched in May by Vector Institute and Layer 6 founders, which focuses on investing in deep tech. The Series A also saw participation from existing investors Pangea Ventures and Pallasite Ventures, as well as first-time investor Rhino Ventures.

Aspect is a Vancouver-based biotech startup, founded in 2013, that has developed what it calls pioneering technology that does 3D bioprinting of living, human tissue. The startup claims that its technology enables advances in the understanding of fundamental biology, disease research, regenerative medicine, and the development of novel therapeutics.

Aspect was spun out of research that Mohamed conducted during his grad studies at the University of British Columbia (UBC). At the university, Mohamed and his fellow researchers developed bio 3D printing technology, similar to typical 3D printers, but using living materials to create living objects.

After two years, the group decided that the most effective to bring their technology to the masses was to build out Aspect as its own company. With the help of an entrepreneurship program at UBC, Aspect’s team was able to build out a viable business that today employs 35 people and works with leading pharmaceutical companies and researchers around the world.

“What we’ve managed to do is take very innovative science and very innovative technology and build an innovative business model around that,” said Mohamed, who called Aspect a global industry leader in the bioprinting space.

Mohamed attributes much of Aspect’s success to its team and business model, which the CEO feels is what differentiates Aspect from other biotech startups and helped Aspect garner the attention of its investors.

“Biotechs are usually in the business of burning money for over a decade until they make something that has a shot at working,” he told BetaKit. “We’re biotech with the upside of a biotech, but the risk profile of a tech company, in the sense that we’re actually generating revenue right now [and] using that revenue to fund our innovation.”

Over the past few years, Aspect has penned partnerships and collaborations with a number of large pharmaceutical companies, including American multinational Merck and British multinational GSK. The startup also works with well-known universities from Canada, the United States, and the Netherlands. Through these collaborations, Aspect works on discovery and development in medical research as well as the development of regenerative medicine products.

Bioprinting, as it has become known, has seen an uptick over the past few decades with researchers across the globe working on projects like printing tissues and even bones. However, actually using 3D printed tissue in humans is still some years away.

Mohamed believes the medical industry will begin seeing the use of 3D printed tissues in patient transplants with the next decade.

“We really look at this as a growth stage round where we’re looking to bolster our internal innovation, expand our global partnerships, take our technology to the next level, and ultimately get the tissues that we’re building closer and closer to patients,” he stated. “That’s our ultimate goal. This round [is] definitely going to move us closer to having this technology actually impact patients.”

Even with 3D printed tissues being used for medical purposes some years out, Aspect is already generating revenue, in part, through the other side of its business model. Along with partners, Aspect uses 3D printed tissue to do drug testing, something that has been seen as an innovative alternative to human testing.

By working with large corporate and academic partners, Aspect has its eye on creating a global network that helps move the industry closer to what Mohamed called a “vision of human tissues on-demand.”

Some of its collaborative projects include, work with the National Research Council of Canada to find improved treatments for Alzheimer’s, ALS, and other central nervous system diseases, as well as a partnership with Netherlands-based Maastricht University to develop kidney tissue, and a project with Merck, GSK, and McGill University to 3D print tissues for the accurate and predictive screening of immuno-therapeutics targeting difficult-to-treat cancers such as triple-negative breast cancer.

Through these partnerships, Aspect also works to develop regenerative medicine products, with a focus on metabolic diseases, such as type 1 diabetes, and musculoskeletal injuries and disorders.

Aspect has received support from the British Columbia innovation community, having been voted a promising startup in 2017 and named ‘2019 Growth Stage Company of the Year’ by LifeSciences BC. It has received funding from Innovate BC and Genome BC, as well as the Government of Canada, which provided the startup $2.7 million through its Western Innovation (WINN) Initiative in 2018.

Aspect plans to use its current funding round to advance a couple of its tissue research programs, getting them closer to clinical use. The startup also plans to use the capital to further develop its tech and expand its global partnerships as well as the Aspect team.

“It’s not that obvious how [companies are] going to actually build a business around critical issues, and so a lot of our time [was] spent coming up with a partnership business model as well as internal programs that create a lot of value,” said Mohamed. “So that ultimately we can get to patients and change medicine, but also along the way to become a multibillion-dollar company.”