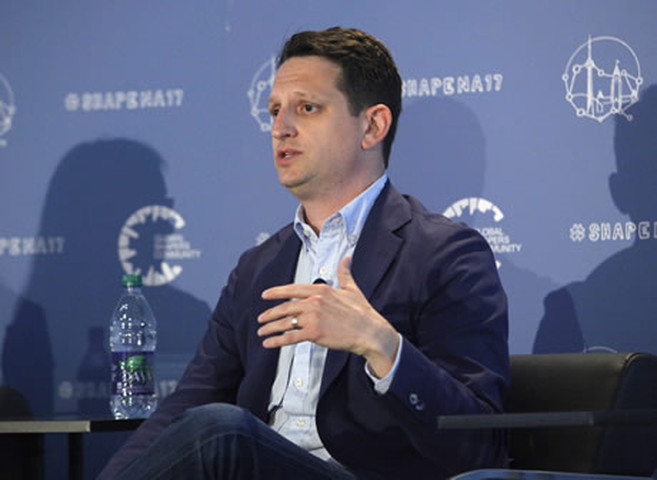 Jordan Jacobs, the former co-founder of the Vector Institute and Layer 6 is leaving his position at TD Bank to focus on managing his venture capital firm, Radical Ventures.

The firm announced today that it has launched a new $471 million CAD fund focused on investing primarily in artificial intelligence. To date, just over half of the planned $471 million has been committed, according to The Globe and Mail. Current LPs include Jacobs’ former employer, TD Bank, as well as the Canada Pension Plan Investment Board (CPPIB), the Public Sector Pension Investment Board (PSP Investments), and Wittington Investments.

“We have to make the Canadian public recognize how transformative AI technology is for our country.”

“What’s amazing is that if you go to Silicon Valley, NYC, or even China, the first thing they talk about is Canada being a world leader in AI. We’re still not as good at promoting ourselves outside the tech community to the rest of the country as we should be,” Jacobs told BetaKit in an interview last year. “It’s rare that time and place coincide to let you build the future, but that’s exactly what’s happening right now in Canada with AI.”

Jacobs, managing partner of Radical, will be joined by fellow founder Benji Sucher, who will act as a general partner for the firm. Sucher is also leaving his role at TD Bank as the VP and COO of Layer 6. The leading AI company was founded in 2016 and just 15 months later was acquired by TD Bank. At the time all 17 members of Layer 6’s team joined TD, with fellow co-founder of Layer 6, Tomi Poutanen, becoming chief AI officer for the bank.

Poutanen and Jacobs were also instrumental in founding the Vector Institute for Artificial Intelligence in 2017, after pitching the idea to godfather of AI Geoffrey Hinton, and University of Toronto professor Richard Zemel. The institute secured $80 million from private and public investors when it launched and has since become a key part of the federal government’s $125 million pan-Canadian AI strategy, and also attracted $30 million from the Ontario government to help it encourage the development of homegrown AI talent.

“Part of the mission for Vector was to get Canadian companies more attuned to the opportunities AI provides them, and attract more companies to build AI labs and have more companies started by grads stay here,” Jacobs said at the time. “We see this as another way to do that, and it’s putting a world-leading suite of technology we built and a world-leading team inside a global company that happens to be Canadian. It’ll provide a lot of opportunities to hire people graduating out of those programs.”

Radical Ventures was originally founded in 2017 by Jacobs, Poutanen, Sucher, and fellow Layer 6 co-founder, Maks Volkovs. The firm worked as a way to pool the founders own investments, and also included a small group of (undisclosed) outside investors, looking to invest in companies developing AI products or those applying AI to create a market advantage. Radical Fund I had just under $13 million CAD and concentrated on Pre-Seed and Seed stage investments. The planned $471 million Fund II is now shifting its focus to Series A, while still making some investments through “the growth stages” of its portfolio companies.

Those portfolio companies include Toronto-based BenchSci, a search engine to help researchers find antibody usage data, which raised a $10 million Series A in May 2018. The round was led by iNovia Capital with participation from a number of investors including Radical.

Jacobs said in an interview to The Globe and Mail that the plan had always been to leave TD once it had integrated Layer 6. TD chief digital officer Rizwan Khalfan said the bank was aware that Jacobs planned to move on once the company was fully integrated.

Ed Clark, a former TD CEO, who has served as chairman of the Vector Institute, will also be joining Radical as a partner. Salim Teja is leaving his role as president of venture services for MaRS, becoming a partner and the general manager of Radical. Teja will run Radical’s Impact Team, which is designed to help portfolio companies accelerate their global growth. Dominic Barton, global managing director at McKinsey & Company is joining as a senior advisor, along with Poutanen and Volkovs.