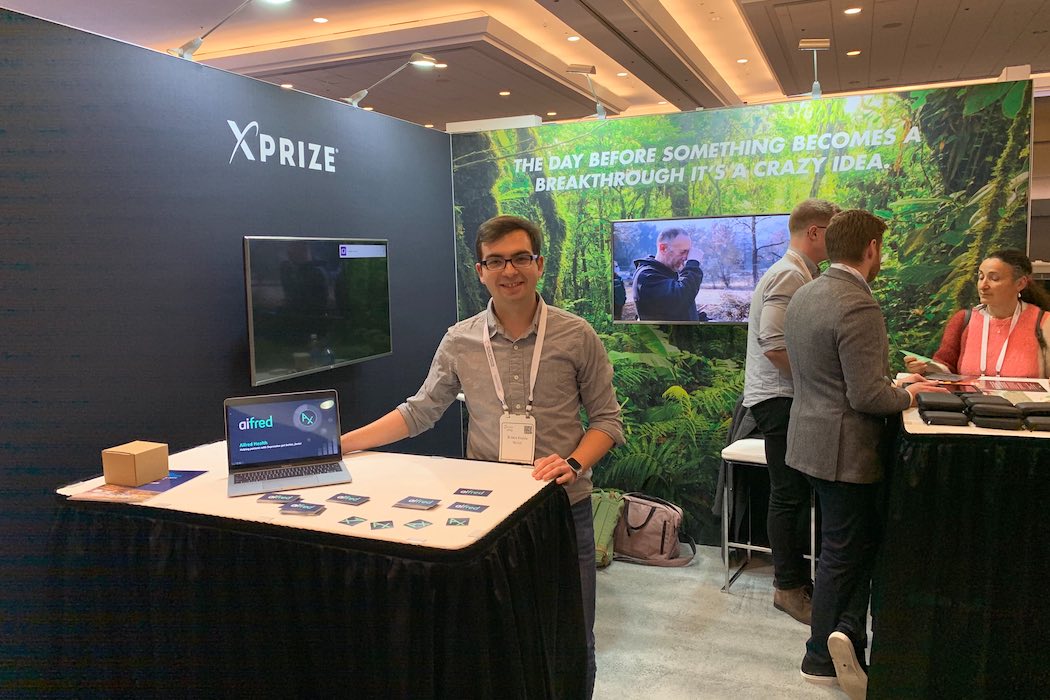 Aifred Health, a Montréal-based startup that offers clinical solutions for mental health treatments using artificial intelligence (AI), has been selected as one of three finalists for the IBM Watson AI XPRIZE.

AI XPrize is a five-year competition with three judging rounds. Montréal-based Aifred Health was one of more than 700 applicants for the competition, which is aimed at encouraging the use of AI to solve challenges faced around the world.

“To be named as one of the top three global AI teams in the world is an incredible accomplishment and endorsement.”

The IBM Watson AI XPRIZE finalists in the latest round were selected out of a pool of 10 semifinalists following presentations of their solutions to a panel of judges during an event held at TED headquarters in New York City last year.

“To be named as one of the top three global AI teams in the world is an incredible accomplishment and endorsement of our approach to better serving patients suffering from depression,” said Marina Massingham, CEO of Aifred Health.

Aifred Health plans to begin its regulatory approval clinical trial for depression in the first half of this year.

In December, Aifred Health raised a $4 million CAD seed round. The round was co-led by MEDTEQ and BDC Capital, with participation from the Desjardins Group, Highline Beta, and other private and institutional investors that the company did not disclose.

“The prize money, along with our $4 million seed financing, is being used to fund the clinical trial required for regulatory approval of our AI decision support device for depression and further development of our therapy-agnostic AI tool in other areas of high unmet medical need,” said Massingham.

The fact that the only Canadian startup remaining in this global competition is based in Montréal is notable, as the city is well-known for its active AI ecosystem. The city has attracted a number of global firms looking to increase their work in AI. Along with Samsung and Google, which have increased hiring or opened new bases in the Québec-based city, Ericsson and Unity Labs have also opened hubs specifically focused on developing and commercializing AI technology. Montréal has also been the birthplace of a number of prominent AI startups, including Element AI, acquired last month for $230 million USD.

IBM Watson AI XPRIZE was originally slated to be a four-year competition, but due to the COVID-19 pandemic, the organizers opted to extend it by one more year, in order to give finalists more time to continue to work on their products.

The IBM Watson AI XPRIZE competition will conclude in June 2021, where the finalists’ AI technology will compete for a $3 million grand prize, $1 million second-place prize, and $500,000 third-place prize.

Canada’s first-ever virtual, augmented and mixed reality hub has opened in Vancouver. Known as the BC Tech Cube (or “The Cube”), the space is…