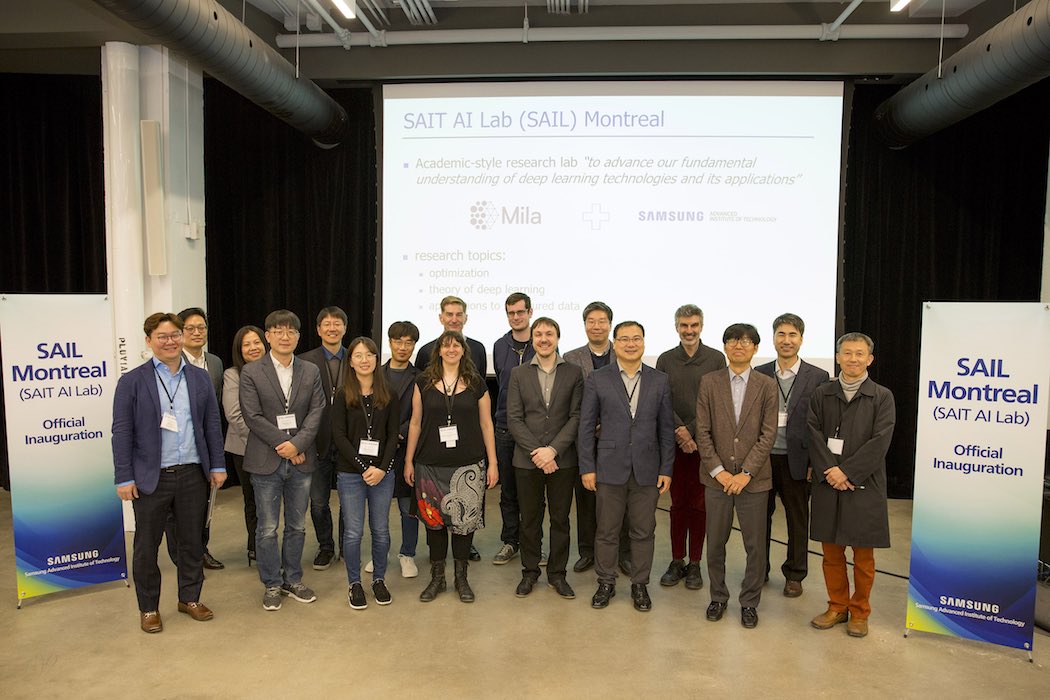 “Samsung’s commitment to expanding its presence here will increase our ability to attract the best minds in the field.”

The new facility will be directed by Simon Lacoste-Julien, professor at Université de Montréal and member of Mila. The Samsung Advanced Institute of Technology (SAIT) Artificial Intelligence Lab Montreal will be responsible for conducting research on voice recognition, machine translation, and natural language understanding. SAIT said Samsung was attracted to Montreal due to its research capabilities in AI.

“This collaboration has been very productive and has enabled us to develop expertise in voice recognition and machine translation,” said Eunsoo Shim, senior vice president and head of the AI&SW Research Center at Samsung Electronics. “With a local team in Montreal, Samsung will be able to further develop its deep learning research.”

The creation of this lab was first announced in August 2017. Samsung anticipates to have approximately 20 academics based in Montreal within five years and is already recruiting researchers interested in working with Mila’s ecosystem in order to further the institute’s exploration into the fundamental principles of machine learning.

“This new laboratory is based on a unique model that’s a world’s first,” claimed Simon Lacoste-Julien. “It’s a corporate lab nested within Mila’s academic ecosystem. All the research carried out here follows the open science model, which aims to share the benefits with society as a whole.”

Founded in 1993 by deep learning pioneer Yoshua Bengio, Mila is the result of a partnership between the University of Montreal, McGill University, Polytechnique Montréal, and HEC Montréal. Mila said the establishment of this lab aligns with Samsung’s strategy of establishing AI centres in areas that have a significant concentration of AI researchers.

Samsung has worked closely with researchers in the city since 2014. The company now has two major laboratories based in Montreal, the Samsung AI Centre Montreal, which is mainly dedicated to robotics and connected objects, and SAIT AI Lab Montreal. SAIT is Samsung’s R&D hub and incubator for innovative technologies. The lab acknowledged that Montreal will play a key role in redefining AI theory and the next generation of deep learning algorithms.

“We are delighted to welcome a company of Samsung’s stature to our space, where almost 350 international AI researchers are already sharing quarters,” said Valérie Pisano, CEO of Mila. “Montreal has the largest deep learning academic community in the world and Samsung’s commitment to expanding its presence here will increase our ability to attract the best minds in the field.”