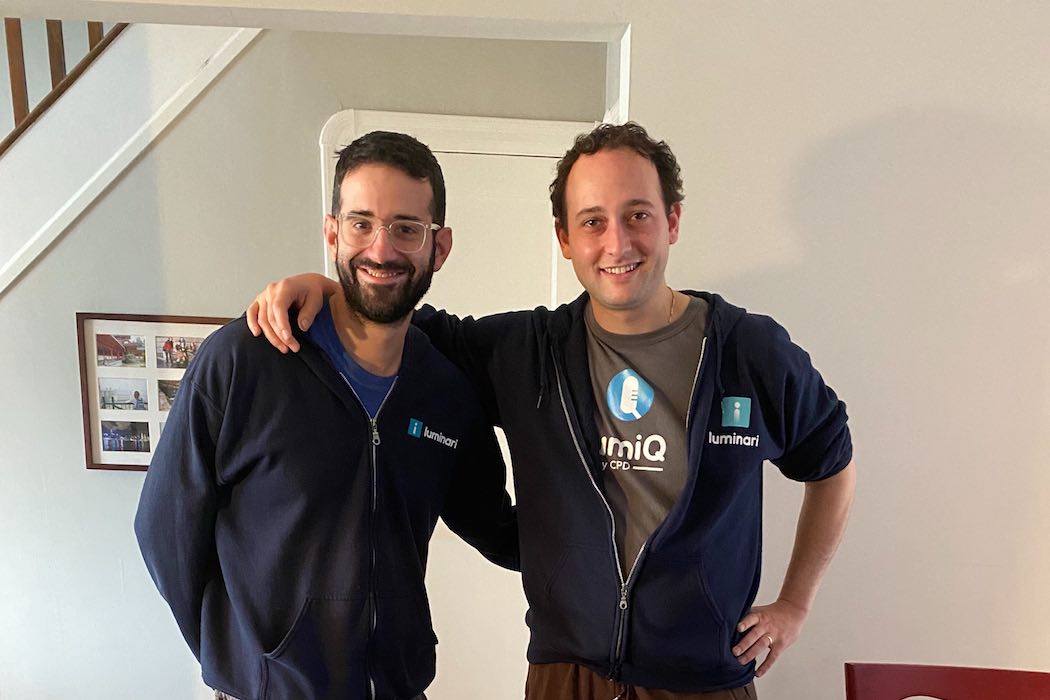 When Luminari launched its podcasting product in 2019, the startup considered it to be a valuable layer to its existing career management platform for chartered professional accountants (CPAs). Fast-forward two years, and this podcasting product, called LumiQ, has grown to become the core focus for the Toronto-based startup.

“By the time that we launched the new product, LumiQ, and got a little bit of steam under us, it was just blatantly obvious this was a much better business.”

The company now brands itself as LumiQ, and has found success in the Canadian market. With $1.1 million CAD in fresh funding, LumiQ is now setting its sights on an expansion to the United States.

At the end of March, LumiQ closed $1.1 million CAD in funding through a convertible note from a group of new and existing angel investors.

Investors in LumiQ’s latest financing included Jean Desgagne, who led this round as well as Luminari’s previous round. The round also included new investors: William Tunstall-Pedoe, the inventor of Amazon Alexa; Neil Wainwright, who founded and exited Toronto accounting firm Nexonia; Chris Gilpin, the founder of Turnstyle Solutions (sold to Yelp); and Joel Lessem, founder and CEO of Firmex.

The startup raised $445,000 in seed funding in 2017 and $845,000, also classified as seed funding, in 2019. CEO and founder of Luminari Michael Kravshik told BetaKit though he considers the startup at the Series A stage of growth, its latest deal was structured more similar to a seed round. Startups raising multiple rounds at the seed stage has been an emerging trend in Canadian tech as of late.

This latest investment follows two years of big changes at the startup. Luminari was founded in 2016 as a career management platform that connected CPAs with professional opportunities and offered access to educational bootcamps, volunteer placements, and networking events.

Kravshik told BetaKit that at the end of 2017, the platform was not scaling as quickly as the team had wanted it to. “It was taking us a lot more work to get a single dollar out of the business than made sense as a scaling business,” Kravshik said.

Around that time, one of the startup’s advisors, a notable Canadian entrepreneur, Eva Lau, suggested Luminari layer other services onto the platform to make the offering more valuable. After six months of brainstorming, the startup settled on a podcasting product.

CPAs, like other certified professionals such as doctors, lawyers, and real estate agents, must participate in an activity called continuing professional development (CPD) in order to retain their professional licensure. CPD can take many forms, but in most cases involves certificates or CPD units, which document attendance at a designated seminar or course.

LumiQ is a native podcast app that translates into CPD units for listeners. The podcasts, which are produced in-house, involve interviews with business leaders that share their expertise and lessons learned from their experiences.

“We like to use the word edutainment to describe what we’re doing,” said Kravshik. “We’re trying to find that golden balance between making it truly valuable from a professional education perspective, while also maintaining the engaging, entertaining qualities of what podcasts are.”

LumiQ was officially launched as a product under Luminari in May 2019, and the company noticed it started to quickly pick up traction.

“By the time that we launched the new product, LumiQ, and got a little bit of steam under us, it was just blatantly obvious this was a much better business,” Kravshik said. “It had a real product-market fit.”

“When we moved from 2019 to 2020, our retention was insanely high, we had net negative churn from year one to year two, we were like, ‘this is the business,’” he said. “We actually retired everything else at that point and we’ve been entirely focused on the education side of the platform.”

Adam Bercovici, co-founder and chief revenue officer of LumiQ, said with $2 million in annual recurring revenue, he believes LumiQ has found product-market fit in Canada. Bercovici claimed over 400 companies are using LumiQ across their finance and accounting teams.

The company still legally operates under the name Luminari, however, Bercovici told BetaKit the team is working on trademarking LumiQ and plans to change the company’s name.

LumiQ’s team currently sits at 19 people, which Kravshik hopes to bring into the mid-thirties by the end of the year. The startup also recently hired Carol Wu as its head of podcast production. Wu previously worked as a podcast producer at The Washington Post and more recently was a senior producer at Axios.

Podcasts predominantly accrue revenue from advertising. One of the largest podcast platforms that has successfully generated revenue from a subscription model is Spotify. Other companies have attempted to pioneer a subscription-based podcasting model — one is coincidentally called Luminary (no relation to Luminari). LumiQ also uses this model, offering a yearly subscription at $829 per user.

“The industry that we’re in — compliance learning — has very high price points, and we’re solving that problem just through the podcast medium, so it’s a very different approach,” said Kravshik. “Our user count, of course, is a lot less [than that of Spotify], but our profitability [amounts to] a lot more.”

The startup sought to raise its latest investment to fuel an expansion to the US. Kravshik said LumiQ’s goal is to prove itself in the US market. This means building up its US-focused podcast content, conducting user testing to ensure product-market fit, and ensuring the product is ready from a regulatory standpoint. The plan is to officially launch in the US later this year.

AppCarousel, a Calgary-based app management platform for connected cars, smartphones, smart screens, and tablets, as well as other connected devices, has been acquired by…