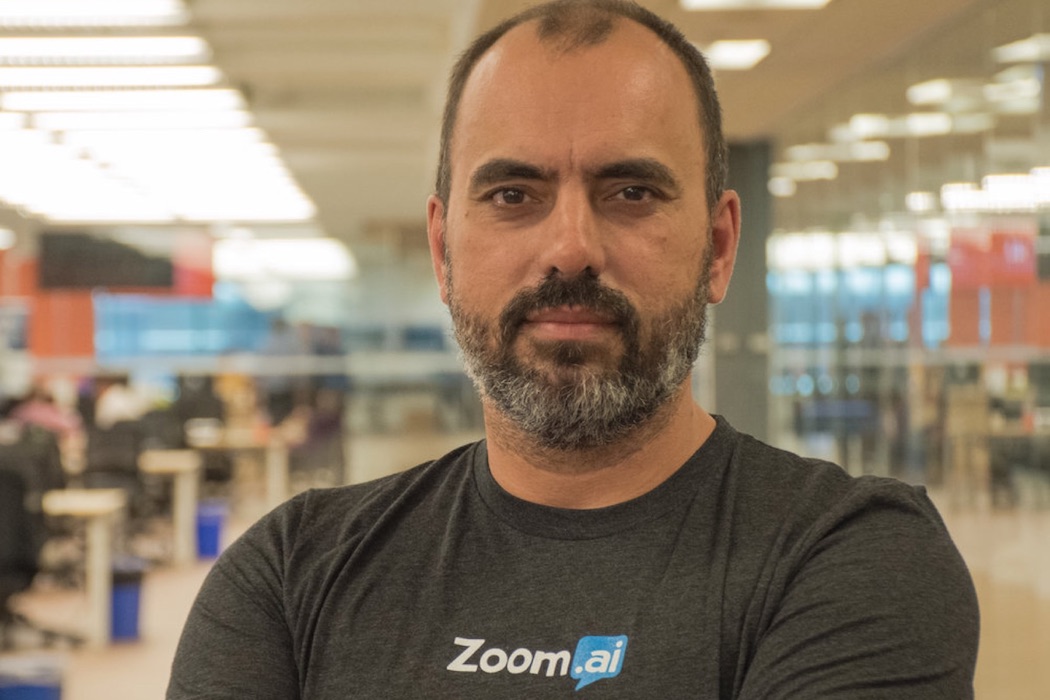 Meeting scheduling software platform Zoom.ai has secured $600,000 CAD in a combination of equity and debt financing.

The startup is classifying the round as bridge financing, with its last round being a seed extension in 2018. Zoom.ai told BetaKit the capital will be used to extend the company’s runway, citing the uncertainty of the COVID-19 pandemic. The Toronto-based startup hopes to close an additional $300,000 in the next quarter of 2020.

The financing was co-led by BDC Capital and the Strategic Investment Fund, Epstein Enterprises, and Perennial. The raise follows a period of growth for Zoom.ai, which pivoted last year from offering an automated personal assistant, to focus on scheduling meetings.

“If you feel you have product-market fit today, you may not have it in six months.”

“I think every startup is going through the same thing,” Zoom.ai CEO Roy Pereira told BetaKit. “We’re concerned about the economy, we’re concerned about longevity, and because we saw this uptick [in some of our growth metrics], we thought it’d be a good time to go out and raise a little bit more money and extend the runway so that we can lower the risk in the future.”

Zoom.ai, which has developed smart scheduling software for business, claimed it saw a surge in new user registrations, customers, and active users, with all growing five-fold in March, as businesses and their employees began to work remotely due to the pandemic.

The Toronto startup, whose scheduling solution integrates with platforms like Slack, Skype, Google Hangouts, and Microsoft Teams, also claimed that meetings scheduled through its platform have grown six-fold since mid-March.

“Everyone was sent home and everyone has to set up meetings, and they all realize how painful setting up meetings is,” Pereira said. “So, they looked for automation to do that, and that’s where they found us.”

This growth amid COVID-19 follows a year of big changes for Zoom.ai. Founded in 2016, the startup began with a vision of offering a personal AI assistant to employees, one that automates menial tasks such as meeting scheduling, flight searches, internal document searches, and reminders.

Pereira told BetaKit in December 2018, after Zoom.ai raised two rounds of financing (a seed round in 2017 and a seed extension in 2018), and completed an acquisition, the leadership team noticed the business was not hitting certain success milestones with regards to product-market fit.

Zoom.ai now targets recruiters and salespeople, rather than all employees at a given organization.

For example, because Zoom.ai was targeting enterprises, the company was dealing with longer sales cycles, which Pereira said impacted the startup’s ability to learn quickly from the market. Compounding the problem, he added, was that Zoom.ai was targeting all employees, meaning customers were using Zoom.ai’s products in different ways.

“It was killing us as a startup,” Pereira said. “We just can’t wait 12 months to know whether or not our product fits or not.”

The team responded by undertaking what Pereira described as a product-market fit exercise, which included user interviews and data collection, to track where activity was happening across Zoom.ai’s product lines. The CEO said the major findings were that the vast majority of customers were using Zoom.ai’s scheduling tool, and the majority of usage was across mid-market companies and small- to medium-sized businesses.

“We took all of that data, and we just shrank the focus of the company and the product,” Pereira said. “And it was difficult because basically my instructions to everybody were ‘how small of a piece of a pie can we get to?’”

Following the decision to narrow the scope of the business, Pereira said the company informed its team of the change in direction. Instead of doing a one-time layoff, Zoom.ai kept its team members on so that they could co-create the startup’s pivot strategy, the CEO claimed.

He noted that at the time of the pivot, nearly half of the startup’s 18-person staff consisted of enterprise sales and marketing employees. Although most employees initially remained with the startup, one was fired and others resigned, Pereira told BetaKit. While the CEO originally declined to disclose how many employees had resigned, he later told BetaKit Zoom.ai lost “more than half of the team” due to the pivot.

This staffing change has been described as a “mass exodus” by The Logic, which reported on 11 resignations over the course of two months in 2019. One source that spoke with The Logic described a lack of trust between Zoom.ai’s leadership team and Pereira.

When BetaKit spoke with Pereira in Spring 2019, the CEO acknowledged there was a “toxic environment” at Zoom.ai at the time of the pivot. Speaking with BetaKit more recently, Pereira asserted that the company remains in touch with the vast majority of the employees that resigned, noting that one employee, in particular, was “not happy” about the company’s approach to the pivot.

“It was a stone thrown into our glass house that was fragile at the time because we were trying to rebuild,” Pereira told BetaKit. “Everyone still liked what we were, even though they had left.”

Following the pivot, Zoom.ai launched back into the market in September 2019. In addition to switching the company’s focus to offer a meeting scheduling tool to mid-market companies and SMBs, Zoom.ai now predominantly targets recruiters and salespeople, rather than all employees at a given organization.

“I think the lesson that I personally learned here is that sometimes you feel like you’re successful and you can take your eye off the ball because you’re getting this false sense of success,” Pereira said.

Looking ahead, Pereira has identified “virtual e-commerce,” or the ability for educators, consultants, or trainers to sell their time as an interesting use case for its tech that the startup has explored in recent months. In the coming weeks, Zoom.ai plans to release a new payment processing product that will allow users to book meetings of this sort.

Drew and James open the show with a quick chat about the bust week then jump straight into the meetups. This week is packed,…