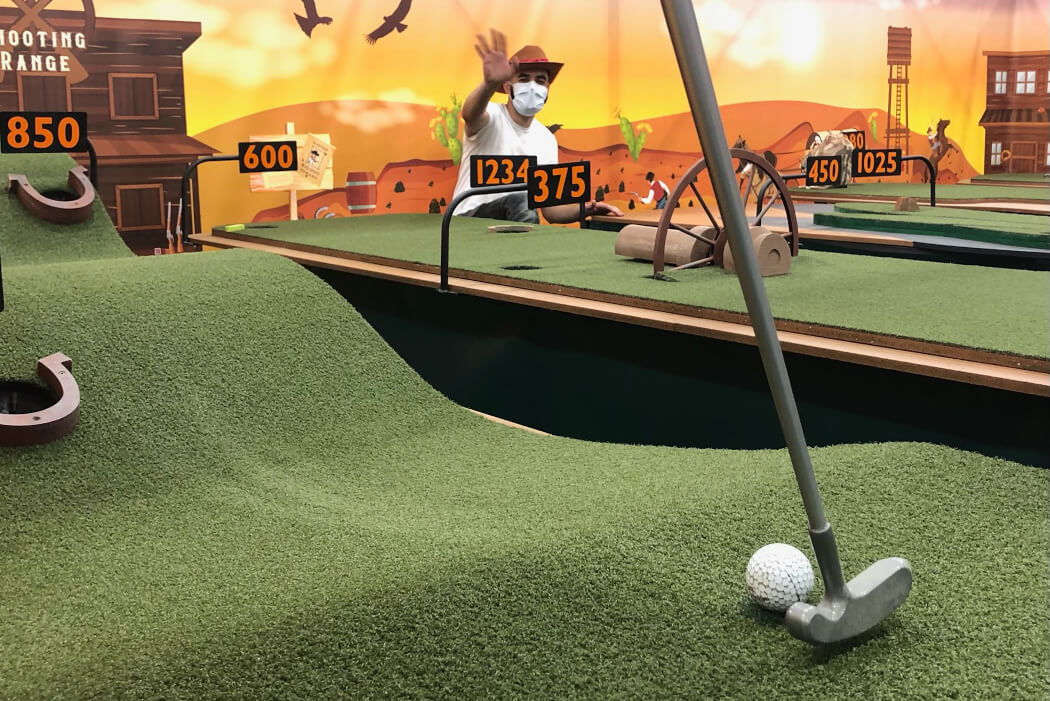 Investors have injected another $1.7 million CAD into a Regina-based mobile development startup that envisions itself as the next Boston Dynamics.

Conexus Venture Capital led the round of seed capital that will enable 54e Dev Studios Inc. to continue to develop and expand its remotely-operated robotic gaming app.

The vision is to build 54e Dev Studios’ platform so that it can control any robot. It’s not there yet, but the goal is to get it in a licensable state.

Broad Street Bulls VC, Golden Opportunities Fund, and Saskworks Venture Fund participated in the round, which closed in July. This infusion of capital follows a prior seed round of $1.7 million from the same investors, which closed last year.

The 20-person company offers a mobile golf game, OneShot Golf, which combines robotics with an ultra-low latency video platform to create a realistic golf experience for its users.

As they negotiate different golf courses, players remotely control the golfing robots, which are housed in a warehouse. 54e Dev Studios plans to fill a second warehouse with another 80 robots, giving the company a total of 170 robots. The company hopes to have 500 robots by 2022.

Their game has proven popular since its launch in January. The company told BetaKit that, at peak, OneShot Golf had 120,000 people all vying to play. However, only one person can play any one robot at a time.

Coupal noted mobile gaming is a lucrative space to work in and can generate a significant amount of revenue. But 54e Dev Studios’ game, OneShot Golf, is just the beginning for the company.

Coupal, and his co-founder, 54e Dev Studios CTO Tim Borgares, have big plans for their real-time robotics technology. “Our tech is our secret sauce,” Coupal said.

Coupal and Borgares previously worked together at GasBuddy, where Coupal was the CEO, and Borgares an early employee. A consumer app that helps users find the cheapest gas prices in their region, GasBuddy grew to over 60 million downloads and 12 million monthly active users before being sold to Oil Price Information Systems (OPIS) in March 2013.

“When I move the robot to the left, I need to see exactly where that robot is, because if the robot has already moved over another 10 degrees with one second of latency, well, that doesn’t work for us,” Coupal explained.

Coupal said the platform that supports remote-controlled robots in real time is the company’s proprietary tech. “We plan to apply that well outside of OneShot Golf in the future.”

The company also builds its own robots from scratch.

54e Dev Studios considers its robots proprietary, and rejected requests to share images of them with BetaKit. So here’s some golf.

The original idea for 54e Dev Studios’ robotics was about as far away as you could get from golfing. The company actually began researching how to remotely control combine harvesters in the field.

“Then we quickly realized there was a lack of technology in the world that would allow us to control a robot in real time,” Coupal said.

Competition is stiff, however. Canada has a robust robotics industry. In 2018 CATAAlliance and Sciencetech published a joint report in which they noted Canada has estimated 26,000 robots with an average purchase and install price of $200,000, for a total investment of $5.2 billion in the manufacturing sector.

The country is home to startups such as Waterloo’s Clearpath Robotics, which over the past 10 years has established itself as a leader in autonomous robotics development, creating one of the first platforms for robotics research.

In June 2020, Clearpath raised a $40 million CAD Series C round, and then extended it by another $6.6 million CAD later that year.

And in Regina, cleantech startup Prairie Robotics secured $690,000 CAD in seed funding to support its Internet of Things-based recycling solution in July 2021.

None of that dampens 54e Dev Studios’ enthusiasm. Borgares sees a future driven by robotics, and by the expansion and development of low latency internet connections.

The vision is to build 54e Dev Studios’ platform so that it can control any robot. It’s not there yet, but the goal is to get it in a licensable state. Half of the company’s new funding will be put towards that goal.

“OneShot Golf is just a starting point for us.”