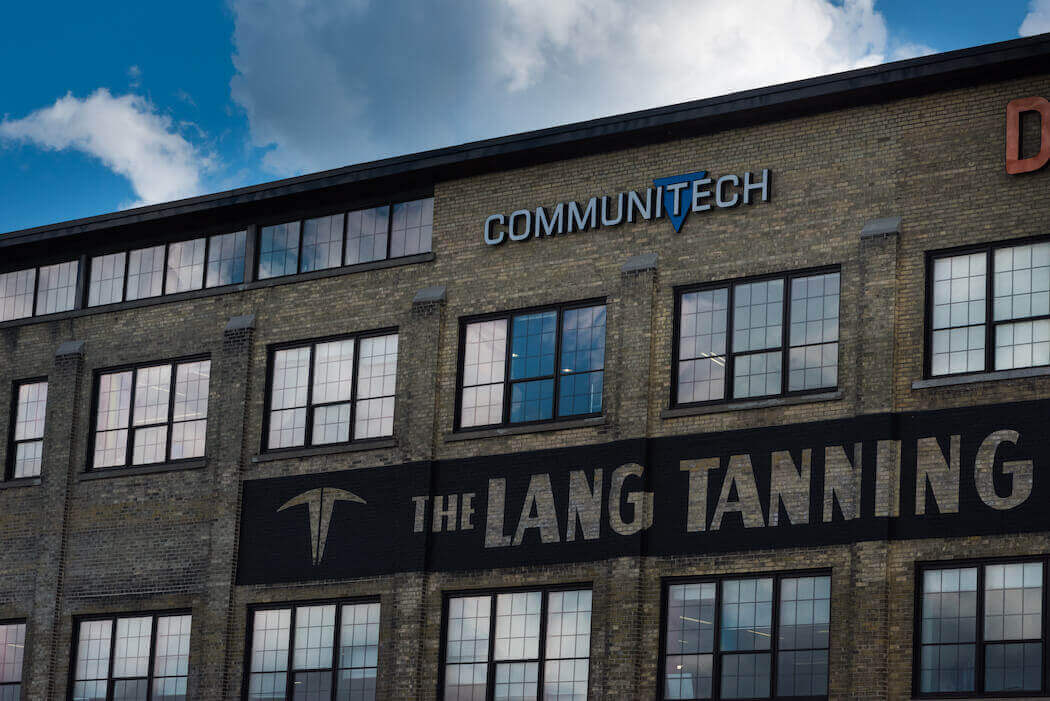 A group of Kitchener-Waterloo region organizations and startups, led by Communitech, are echoing concerns that the federal government’s 75 percent wage subsidy does not encompass Canadian tech startups and scaleups.

“Without modifications to the criteria for CEWS, startup and scale-up tech organizations are at risk of losing.”

On Friday, the group penned an open letter to federal ministers calling for “fine-tuning” of the Canada Emergency Wage Subsidy (CEWS), which was introduced over the past week.

“We ask that you strongly consider fine-tuning the CEWS to ensure that companies in Canada’s fast-growing and high-value tech sector do not lose their skilled employees, their greatest asset.”

Signatories to the letter include Iain Klugman of Communitech, Mallorie Brodie and Lauren Lake of Bridgit, Dan Mathers of Eleven-x, and Andrew Macleod of Postmedia, among others.

“The greatest assets in the fast-growing and high-value tech sector are the people,” Klugman told BetaKit. “Without modifications to the criteria for CEWS, startup and scale-up tech organizations are at risk of losing more than just revenue and stock value; their employees are their lifeblood and must be protected.”

Addressed to Finance Minister Bill Morneau as well as ministers Mary Ng, Melanie Joly, and Navdeep Bains, the letter commends the willingness government has shown to act on recommendations and the unprecedented speed with which new initiatives have been enacted.

Morneau, himself, noted on Wednesday the unprecedented rate at which new policies have been enacting. Sources familiar with government procedure that spoke to BetaKit under condition of anonymity have said that developing measures for the innovation sector has been slowed by the finance minister’s office being a “stickler” for procedure.

In Friday’s letter, the Waterloo companies acknowledge that gaps in these programs will be inevitable given the “record time” they are being created.

“As you’ve stated publicly, it’ll be important for your government and stakeholders to work together in identifying and closing the inevitable gaps that come to light,” says the letter. “The Canada Emergency Wage Subsidy (CEWS) as it applies to homegrown tech startups and scaling firms is one of those gaps today.”

The sentiment from the Waterloo organizations is similar to one shared by the majority of the Canadian tech sector. Shortly after Morneau’s Wednesday announcement outlining the details of the subsidy program, CEOs and venture capitalists alike took to social media claiming the subsidy is not inclusive of startups. Minister Bains also even admitted that pre-revenue startups will not be able to apply.

On Thursday, the Council of Canadian Innovators (CCI) and its hundreds of CEO members sent a submission to the federal government outlining how the subsidy fails startups, putting forth recommendations to expand the program.

The Communitech letter focuses on two recommendations to improve the CEWS program to be inclusive of startups, updating the criteria and adopting policies similar to those in Australia.

Similar to the CCI, the Waterloo letter calls for the government to eliminate or substantially modify the revenue criteria. It emphasizes that the “sticking point” for tech companies is the 30 percent revenue decline criteria.

As it currently stands, the criteria is that a company must have seen a 30 percent year-over-year revenue decline.

“For early-stage and rapidly growing tech companies, comparing revenue on an annual basis doesn’t make sense for a number of reasons,” the letter reads. “Thanks to their relatively steep growth trajectories, startups and scale-ups could have seen revenues drop off a cliff in recent weeks, but at the same time still be bringing in more in earnings than they were a year ago.”

“The CEWS as it’s currently designed perversely punishes exactly the type of innovative, high-growth companies that Canada should be encouraging.”

The letter emphasizes points made by community leaders like CCI chair John Ruffolo, noting that the criteria makes it particularly hard for software-as-a-service (SaaS) startups.

“Revenue flows in the burgeoning SaaS segment are such that subscription earnings are unevenly spaced throughout the year,” says the letter. “The implication here is that the COVID-19 hit to revenues for companies in this space will largely start to manifest itself in future months.”

As it currently stands, the CEWS program is only available for three months, from March through to April, and companies must reapply each month based on the corresponding year-over-year monthly revenue decline.

The Communitech-led group recommends the government take a criteria approach that looks at the size of companies. “The most efficient and straightforward approach would be exempting firms that have fewer than 300 employees from the revenue test,” they said.

“Current staffing levels in our sector are also predicated on planned or future sales … in order to capitalize on trends,” the letter notes. “With the abrupt collapse in business activity due to COVID-19, this means many startups and scale-ups now have headcounts that do not reflect the new economic reality. In some cases, matters are worsened by investors’ swift flight to safety, which is hampering the ability of early-stage businesses to raise capital and keep all their workers.”

The effects of this have already been seen in the Canadian tech community, with Vancouver FinTech company Mogo laying off 30 percent of its staff in anticipation of the uncertainty around COVID-19. Well-funded Toronto startup Ritual also recently cut its workforce in half after the restaurant industry that makes up its platform essentially closed down around the world.

The group’s second recommendation for the government is to consider the approach currently being taken in Australia.

Significantly, the government program offers alternative ways to assess company impact, especially for companies that may not have been in business the year prior or where revenue turnover is not reflective of the impact of COVID-19.

“Canada’s startups and scaling firms have thrived over the past decade, which has contributed to making the tech sector the fastest-growing part of the Canadian economy,” the group said, noting that the Waterloo region tech sector alone has grown more than 40 percent since 2013

“Let’s not lose the momentum we’ve built together,” the letter ends. “The CEWS as it’s currently designed perversely punishes exactly the type of innovative, high-growth companies that Canada should be encouraging. Finding and keeping great talent is hard. Losing our valued employees is the last thing we want to see.”