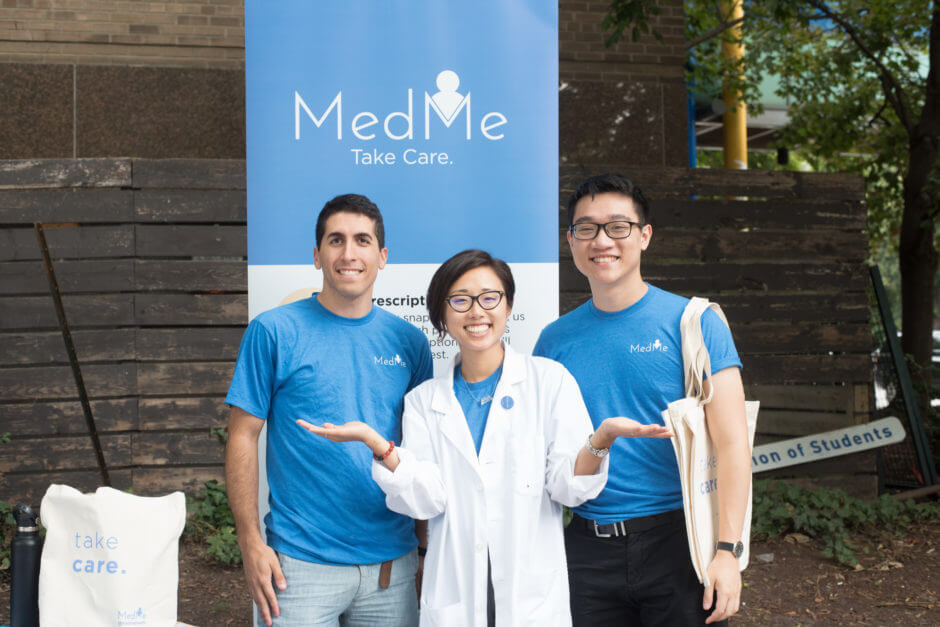 The June competition’s winners were MedMe Health, which received $100,000, and Tutturu, Able Innovations, and Boogaloo Beds, which each received $50,000 in pre-seed investment, of the $400,000 available from the Velocity Fund and the Velocity Health Tech Fund.

The VFPC takes place three times a year, giving startups the chance to compete for up to $100,000 in investment.

“All of these companies are looking to redefine and capture an enormous market opportunity, and they each have a strong founding team that we believe can help them do it,” said John Cappuccitti, Velocity’s director.

The VFPC takes place three times a year, giving startups the chance to compete for up to $100,000 in investment, network, showcase products, and meet with angel and pre-seed investors.

The competition’s eleven finalists filmed their three-minute video pitches in advance of the June 18 event. Eight of the competition’s finalists pitched from the “virtual VFPC stage” at Velocity’s Kitchener incubator, while the other three, including Boogaloo Beds, pitched remotely. Finalists received coaching from Velocity Business Advisors and their peers.

The winning companies were judged on the bases of their potential and the strength of their virtual pitches, by Michelle Moon of LG Technology Ventures, Hamzah Nassif from Real Ventures, and Darian Zigante of Wittington Ventures.

“This funding will be critical for scaling our platform to pharmacies that are awaiting our services,” said Rui Su, MedMe Health’s co-founder and chief clinical officer. “We’re proud and excited to be empowering pharmacists through today’s challenges, while reimagining their crucial role in the future of healthcare.”

Toronto’s Able Innovations is the healthtech startup behind DELTA, a platform that allows a single operator to laterally transport patients without physical exertion. The company said its platform helps contribute to “a more dignified care experience.”
​​
“Able Innovations is proud to announce that we are among the newest additions to Velocity’s Health Tech Fund portfolio,” the company wrote in a tweet. “The investment will go towards developing the beta-prototype of our DELTA.”

Waterloo-based Tutturu’s software allows users to watch movies and shows together, remotely without sharing their screens. The startup calls its tech “virtual browsing,” and bills it as “a new way to browse the web.”

“VFPC always gives us a chance to ‘peek around the corner’ and see what’s next.”

“VFPC always gives us a chance to ‘peek around the corner’ and see what’s next, and I think that is especially true of the teams that applied for investment this round,” said Cappuccitti.

In April, Velocity announced that in light of COVID-19, it would be hosting its June event online, expressing its intention to “support founders through this tough time” by continuing to invest in high potential, scalable startups.

According to the incubator, the online, on-demand event was a hit, netting over 1,000 views in its first 12 hours after going live through a new video portal. Velocity offered virtual “backstage passes” to angel investors and venture capitalists, enabling potential backers to meet with finalists individually.

The number of healthtech companies Velocity houses has increased over the last six years. In 2019, over one-third of the hub’s incubated companies were in the healthtech sector. The Kitchener-Waterloo incubator currently works with 27 healthtech startups.

In March, Velocity launched its second pre-seed fund, the Velocity Health Tech Fund, raising 80 percent of its $1 million USD target. The fund invests in winners of the VFPC and entrepreneurs working to deliver medical devices, diagnostic tools, new therapies and digital health initiatives. The fund is in partnership with Communitech.

In 2019, Velocity companies and alumni also reached over $1 billion CAD in venture capital raised since the incubator was launched 11 years ago. Velocity claims that, since 2013, its incubated healthtech companies have raised over $50 million CAD in private investment.

With passion for consumer and digital marketing, technological innovation and communications, Eric Mercer is classically trained in consumer marketing at Procter & Gamble Company…