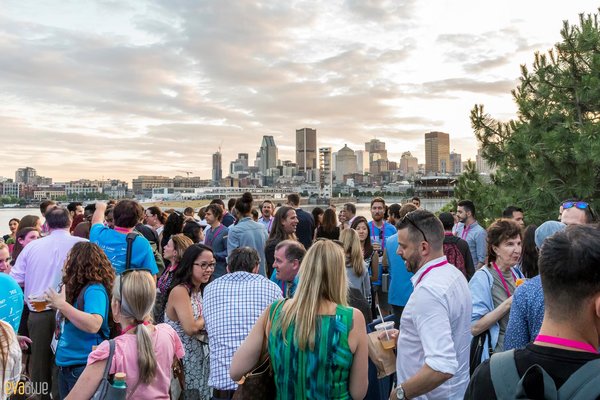 Startupfest is announcing the first round of speakers for the tenth year of its festival, set to take place in Montreal between July 15 and 17.

This year, the festival is inviting founders, pioneers, new faces, and industry legends across multiple stages for three days of pitching, hacking, learning, and networking. The festival said those attending this year’s event should expect content focused on “how to”, “what works”, “what to avoid,” and “this is what we’re headed for.”

“This network of ambassadors who speak about the event in ecosystems around the world has allowed us to move, over the past ten years, from an informal gathering of 100 people to one of the best startup events in the world, welcoming more than 6,000 participants in Montreal,” Startupfest wrote in an announcement.

Among the list of 21 speakers is Catherine Stewart, the chief business officer at Automattic, the company behind WordPress. At Automattic, Stewart manages mergers and acquisitions, business development, business operations, and strategic projects to grow the company’s revenue.

David Siegel, the CEO of Meetup, will also speak at the festival. Siegel has over 20 years of experience as a technology and digital media executive leading organizations through product development, revenue growth, and traffic acceleration.

Stephanie Lampkin, another Startupfest 2020 speaker and former downhill ski racer, is the founder and CEO of Blendoor, an enterprise software startup that mitigates unconscious bias in hiring. Mike McDerment, co-founder and CEO of FreshBooks, will also speak at the event.

Other speakers announced this week include Darrell Etherington, senior writer at TechCrunch, Margaret Dawson vice president of portfolio product marketing at Red Hat, and Laura Lenz, who was named partner at OMERS Ventures in November.

Startupfest is an annual event that features a series of events, panels, workshops, and pitch competitions. At last year’s Startupfest, Canscan Technologies and SparkCharge were crowned winners of the pitch competition, taking home $100,000. Last year’s event also featured the Women in Tech Boot Camp, run by BDC’s Women in Technology Fund, which connected women founders and leaders with resources to grow their business.

The casualties of moving fast and breaking things

Adam and James dreamed of making social change, to design a product to improve lives. They had seen the damage done by cigarettes and…