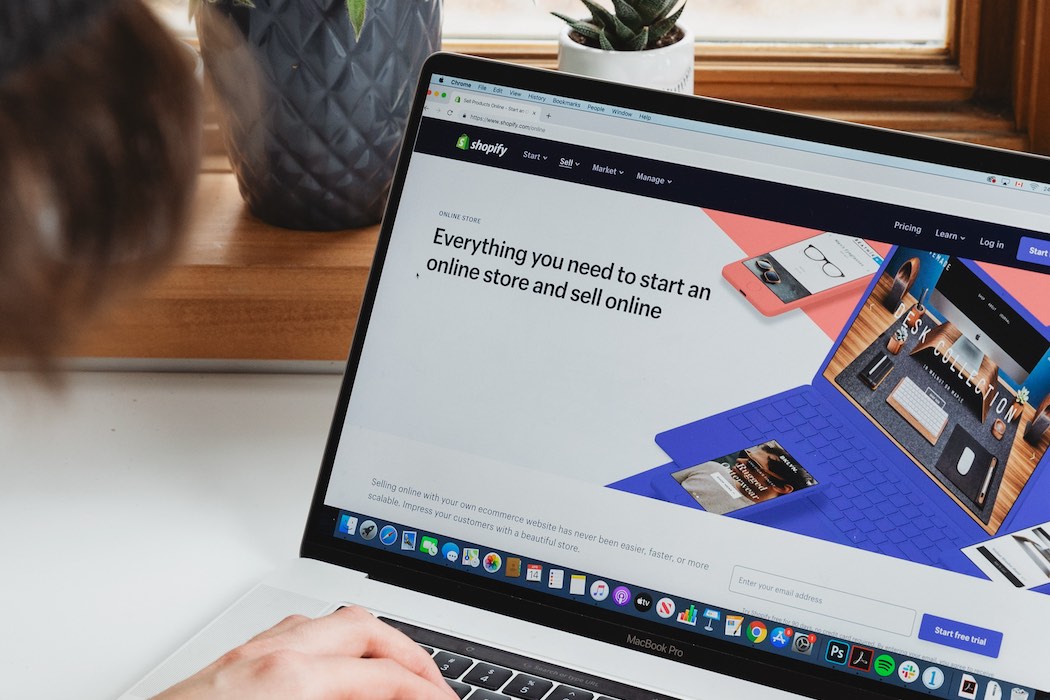 The e-commerce giant’s revenue totalled $767.4 million (all figures in US dollars), representing an increase of 96 percent year-over-year (YoY). Gross profit grew 88 percent to $412.6 million over Q3 2020, up from a net loss of $72.8 million in Q3 2019, and representing a new record for Shopify. The company’s stock increased by four percent in early trading on the New York Stock Exchange.

The company attributed its strong third-quarter performance to the broader shift to e-commerce amid the COVID-19 pandemic. Shopify’s stock increased by four percent in early trading on the New York Stock Exchange Thursday morning but dipped shortly thereafter.

“The accelerated shift to digital commerce triggered by COVID-19 is continuing, as more consumers shop online and entrepreneurs step up to meet demand,” Harley Finkelstein, Shopify president, said in a statement Thursday.

“Entrepreneurs will be the force in rebuilding economies all over the world, which makes it even more important for Shopify to innovate and build the critical tools that merchants need to succeed in a low-touch retail environment,” Finkelstein added.

GMV (products purchased through Shopify’s merchants) totalled $30.9 billion over the third quarter. This represents a substantial increase of $16.1 billion, or 109 percent over the third quarter of 2019. Gross payments volume grew to $14.0 billion, which accounted for nearly half of GMV processed in the quarter.

Shopify also highlighted the number of free trial merchants it was able to convert to paying users over the third quarter. Merchants from its 90-day free trial and standard 14-day free trial offered in March and June, respectively, converted into payment merchants over Q3, which Shopify said created a “double cohort” effect. As a result, Shopify’s monthly recurring revenue (MRR) accelerated to 47 percent year-over-year and sat at $74.4 million as of September 30.

Shopify’s partner ecosystem continued to expand throughout the quarter. The company reported approximately 37,400 partners referred a merchant to Shopify over the past year, compared with 23,000 over the last year ending September 30, 2019.

The third quarter also marked several significant operational changes for Shopify. In August, Shopify laid off internal operations staff, a decision the company attributed to a shift to a permanent remote work model.

The following month, Shopify announced plans to drop its Ottawa headquarters on 150 Elgin Street and move to an office tower on Laurier Avenue. That move followed the decision to expand its space at The Well in downtown Toronto, where the company is set to open an additional office in the city in 2022.

Later that month, Shopify secured $1.91 billion in a public offering led by Citigroup, Goldman Sachs, and Credit Suisse. Although the public offering involved RBC Capital Markets as a co-manager, the deal was criticized by some on Bay Street for skirting Canadian underwriters.

Shopify also partnered with the federal government to launch a new initiative called Go Digital Canada, aimed to bring more Canadian small businesses online and support them in the new era of digital transformation brought about by the COVID-19 pandemic. The company ALSO announced $5 million in investments into 11 cleantech companies focused on reducing carbon dioxide levels in the atmosphere.

Also notable (although not part of the company’s fiscal third-quarter) are Shopify’s recently-inked deals with major tech players. This week, the company partnered with TikTok to allow merchants to advertise and sell products on the video-sharing social media site.

Earlier this month, it was also reported that Shopify is developing an integration with YouTube that could see that video-sharing platform become an e-commerce hub for Google. Shopify also recently committed $130 million on an initiative aimed to create one million new Black-owned businesses in the United States by 2030.

In its Q3 results, Shopify did not provide a financial outlook for Q4 2020 or for full-year 2020, citing uncertainty around unemployment, fiscal stimulus, and the “magnitude and duration” of the ongoing pandemic. Shopify said these factors may impact new shop creation on its platform, as well as consumer spending.