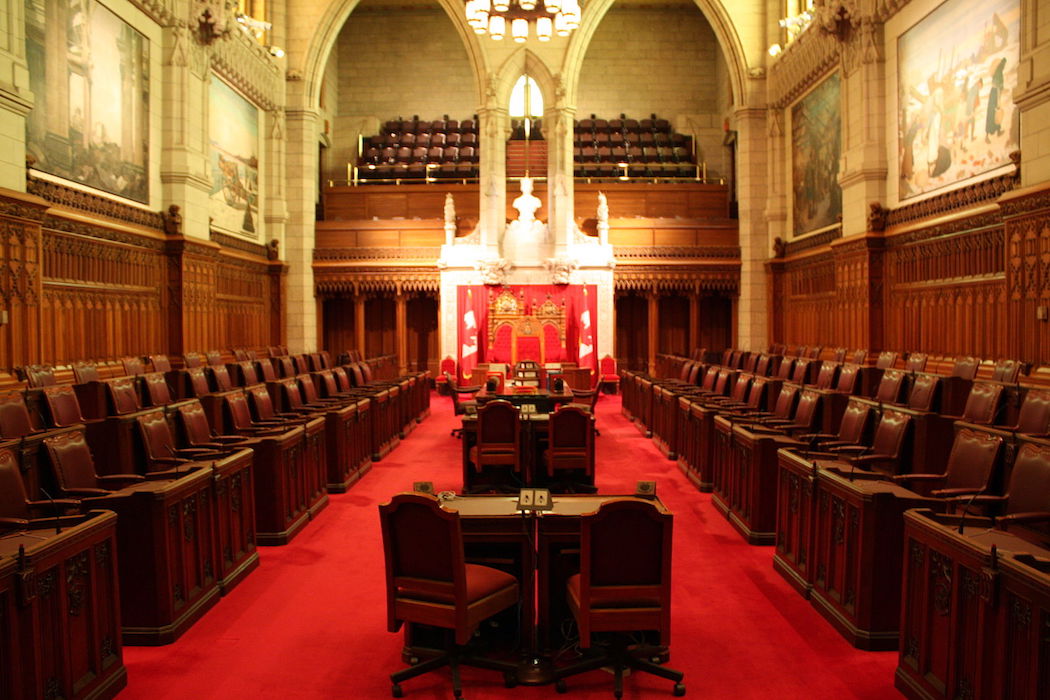 The legislation, which cleared the House of Commons on November 6, has been with a Senate finance committee for close to two weeks. The bill was adopted at third reading in the Senate on Thursday and received royal assent shortly thereafter.

Prime Minister Justin Trudeau has called for a swift passing of the bill, called Bill C-9, amid increased concern around the second wave of the COVID-19 pandemic and fears of more businesses shuttering. That hope was echoed by other political figures such as Toronto Mayor John Tory.

The bill was referred to a Senate finance committee for review before the legislation was introduced at first reading. That committee presented a report Wednesday that assessed and provided recommendations on the legislation.

The extension of the CEWS was first proposed by the federal government in October, and include extending the CEWS to June 30, 2021. The new legislation would also keep the CEWS’ current subsidy rate maximum at 65 percent of eligible wages until December 19, 2020.

When originally signed into law in April, CEWS was meant to keep employees on the payroll at Canadian businesses during the COVID-19 pandemic. Employers were previously subject to a 30 percent revenue decline measurement, which made them eligible for a payroll subsidy of 75 percent.

The program has seen several criteria expansions and extensions since April, including a change that made businesses with any revenue decline eligible to receive CEWS. This was preceded by calls from business groups and other federal parties for Trudeau’s government to adjust the CEWS to make it more accessible and easier for businesses to use.

Under the current CEWS, businesses with any revenue decline will be eligible to receive financial support. Rather than the subsidy covering 75 percent of employee wages for a 30 percent revenue decline, the amount is proportional to the revenue drop and caps out at 65 percent.

The CEWS base subsidy will remain at the current subsidy rate of 0.8 times the revenue reduction that falls between zero percent and 50 percent. It caps out at 40 percent. This is measured either against the same month in 2019 or against the average of January and February 2020.

Companies whose year-over-year revenue reductions exceed 50 percent are eligible for a top-up subsidy. This top-up subsidy is equal to 1.25 times the revenue loss experienced and maxes out at a subsidy for 25 percent of eligible wages. With the maximum base subsidy at 40 percent, this top-up would bring the maximum total subsidy to 65 percent.

The federal government estimates that by the end of December, the CEWS will have provided an estimated $65.5 billion. As of November 8, $48.01 billion has been deployed from the program.

In the Senate report on Bill C-9, financial committee members noted that while the bill extends CEWS to June 2021, the formula for calculating the amount of the subsidy is only effective up to December 19.

“Given the uncertainty businesses are facing during the pandemic, witnesses indicated that program details relating to the periods after December 19 should be provided as soon as possible,” the report said.

The new CERS covers up to 65 percent of eligible expenses for businesses impacted by the pandemic. This includes rent, property taxes, insurance, and interest on mortgages for businesses until December 19. Businesses forced to close in order to follow public health orders will also be eligible for a 25 percent top-up.

The CERS, which is expected to cost $2.2 billion until December 2020, replaces the federal government’s previous Canada Emergency Commercial Rent Assistance (CECRA). That program, which expired at the end of September, faced criticism and low uptake as it required commercial property owners to apply for the loans rather than businesses themselves.

Notably, the new rent subsidy provides funds directly to qualifying renters and property owners, without requiring the participation of landlords. The CERS would provide support to eligible organizations affected by COVID-19 until June 2021.

Dan Kelly, president of the Canadian Federation of Independent Business (CFIB), highlighted one issue on Twitter with the legislation when it passed in the House of Commons. A provision in Bill C-9 would require business owners to have paid rent for a given period before receiving funding.

In his tweets, Kelly noted that some business owners would be excluded from the CERS because of cash flow challenges they are already facing. He stated that many businesses also have had rent costs delayed or are months behind in payment and would be unable to prove payment in order to receive funding.

Last week, Finance Minister Chrystia Freeland told the Senate finance committee that the Liberals will table a new bill to address the issue once Bill C-9 is passed. She said the legislation would be an “interim solution” to make certain that rent payable is an eligible expense for the CERS.

UPDATE 11/20/2020: This story has been updated to reflect that the bill received royal assent.

Reduce Startup Risks (RSR) is a video interview series aimed at helping Canadian tech startups scale quickly & with ease. This is a chance…