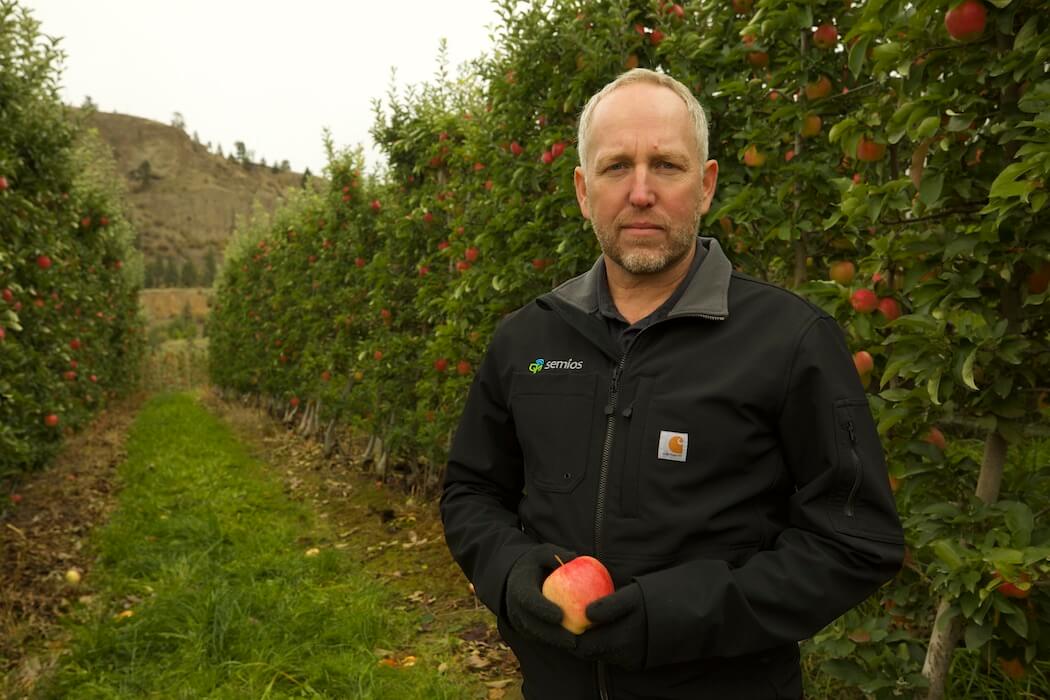 The equity financing will further Semios’ acquisition strategy, with which it plans to build out its global presence.

Return investor Morningside Group led the round. The Boston-based private equity and venture capital firm also led the $100 million round Semios secured in January 2020. While the majority of the capital comes from Morningside, a few, undisclosed family offices and angel investors also participated in the financing.

“We see companies like Semios who are independent of the big ag chemical suppliers having a bigger presence in the marketplace.”

Semios is a more than 10-year-old Canadian startup that provides an IoT network of sensors for farmers that monitor and predict insect, disease, water, and frost risk of crops, in near real-time. Using big data and machine learning, Semios’ technology can also automate these types of crop management needs.

Farms are becoming increasingly automated. Machines are used across the board for harvesting, seeding and weeding, automating tractors, and monitoring.

Research shows that monitoring using IoT devices represents the largest revenue opportunity, with the expectation it will reach $6.99 billion USD globally by 2026. The market for smart sensor systems, like that of Semios, is expected to reach $2.48 billion USD globally by that time, with automation the fastest growing market within the use of IoT technology.

The use of automation and overall technology on farms presents opportunities for increased labour efficiency, cost savings for farms, as well as increased sustainability as farmers are better able to predict when, where, and how resources should be deployed.

“The idea is, if we understood what nature needed, she could feed us better,” said Semios CEO Michael Gilbert. “And that comes down to lots of data, lots of sensors, lots of control systems to monitor the big farms. So, we monitor some of the largest farms in the world, every 10 minutes on every acre.

Semios’ IoT network of sensors monitor and predict insect, disease, water, and frost risk of crops, in near real-time.

Gilbert said this helps Semios understand the different needs of various crops, in turn helping farmers decide how to manage that more effectively.

Semios is not just about monitoring or being part of one aspect of the farming process; the startup wants to be the central hub for farmers to access their crop management needs.

“Whether an acquisition gets us into new markets or brings us more product offerings for our customers, they are considered for us their game,” said Gilbert.

Over the last year, the startup purchased three companies: Altrac, Centricity, and Australia-based Agworld Pty Ltd. The latter, Semio’s biggest deal to date, brought in more than half of Semio’s acres under management for a confirmed price tag of more than $100 million.

Semios has its largest presence in the United States and Australia, with customers in Canada, New Zealand, Europe, and South Africa as well.

The 250-person company (mainly based in Vancouver) hopes to grow that presence by continuing to focus on acquisitions. Gilbert explained to BetaKit its strategy to continue to raise rounds of capital in order to fuel acquisitions that increase the company’s reach.

Gilbert argues that there are around 800 companies in Semios’ space, but the majority are small companies that focus on one aspect of farming.

“In the agriculture markets there are distribution channels, or retail channels, and those are already folks that sell chemicals, seeds, and tractors,” Gilbert said. “But there’s no real software or precision agriculture retail channel out there … We see a future where the stewards of the data and of precision ag[riculture] are going to be like a large, independent company, not tied to the big companies or the chemical retailers.”

Even as the world’s largest independent AgTech data company with its current acquisitions, Semios does not want to stop there – as clearly laid out with its latest raise.

And it’s not only size that is important to Semios, the independent aspect is also key.

“We see companies like Semios who are independent of the big ag chemical suppliers having a bigger presence in the marketplace and having more influence on how farmers make decisions,” Gilbert said.

“I think it’s in the best interest of farmers to keep that independent,” he added. “And we’re striving to be the leader in that space.”

Mick Sawka, Morningside’s investment manager, called Semios a leader in helping farmers respond to their biggest challenges. “The ability to not only maintain but also enhance the sustainability of our food systems amid the complex dynamics of a changing climate is one of the world’s most pressing needs of our time,” he said.

As first reported by The Globe and Mail and since confirmed by BetaKit, Semios is profitable and, in 2021, generated revenue in the range of $50 million to 75 million CAD. It expects to reach $100 million CAD in the next couple of years.

Gilbert told BetaKit Semios has consistently grown that revenue base by 50 percent per year over the last five to six years.

Semios is looking to turn that success to the public markets, with Gilbert telling The Globe earlier this year he may look to take the startup public within two years. The startup told BetaKit more recently it “continues to watch the public markets as a source of growth capital.”

For now, Semios is focused on its next round of acquisitions, with an eye to growing its presence in Europe.